Junior Boks leap back into action in U20 International Series

The Junior Springboks will make a welcome return to the international stage for the first time since 2019 when they line up against Argentina, Georgia and Uruguay in a blockbuster four-round U20 International Series at the Markötter Stadium in Stellenbosch, starting next month.

The inclusion of Georgia in the tournament will mark a memorable occasion for the union as their junior and senior sides will be in the country, with the Springboks meeting Georgia in back-to-back Tests on the first two weekends of July.

The Junior Boks will begin their campaign against Uruguay on Friday, 18 June, and will line up against Argentina on Wednesday, 23 June, and Georgia on Monday, 28 June.

The other fixtures in the first three rounds of play will see Georgia being pitted against Argentina, Uruguay taking on Georgia, and Argentina battling it out with Uruguay respectively.

The teams will receive four log points for a win, two points for a draw, and a bonus point for scoring four tries or more or suffering a defeat by seven less points or less.

The series will culminate in a thrilling closing round with the top two ranked teams and bottom two sides respectively meeting on Saturday, 3 July.

Junior Springbok coach Bafana Nhleko will select his squad from the group of players who have been putting in the hard yards on the training field at the SA Rugby Academy since early April.

Wandisile Simelane in action for the Junior Boks against Georgia U20 in 2018.

Uruguay, meanwhile, will make their inaugural trip to South Africa to face the Junior Springboks.

“We are delighted to be able to host the U20 International Series and to finally see the SA U20 players return to the field in the green and gold for the first time since the World Rugby U20 Championship in 2019,” said SA Rugby CEO Jurie Roux.

“It has been a tough and challenging time for the players with junior competitions worldwide being cancelled due to the COVID 19 pandemic, so we share in their excitement to have this fantastic opportunity to showcase their skills against quality international teams.

“I would like to extend our sincere gratitude to World Rugby for making this series possible, as international competition at this level is invaluable in terms of player development.”

World Rugby Chairman Sir Bill Beaumont said: “With rugby tournaments affected by the ongoing pandemic all around the world, the organisation of the Under 20 International Series in South Africa provides a welcomed boost to junior teams involved and we look forward to having them back in action in June.

“The U20 pathway has proven very successful in raising competitiveness and standards worldwide and we are confident it will continue to deliver the future stars of our game.” 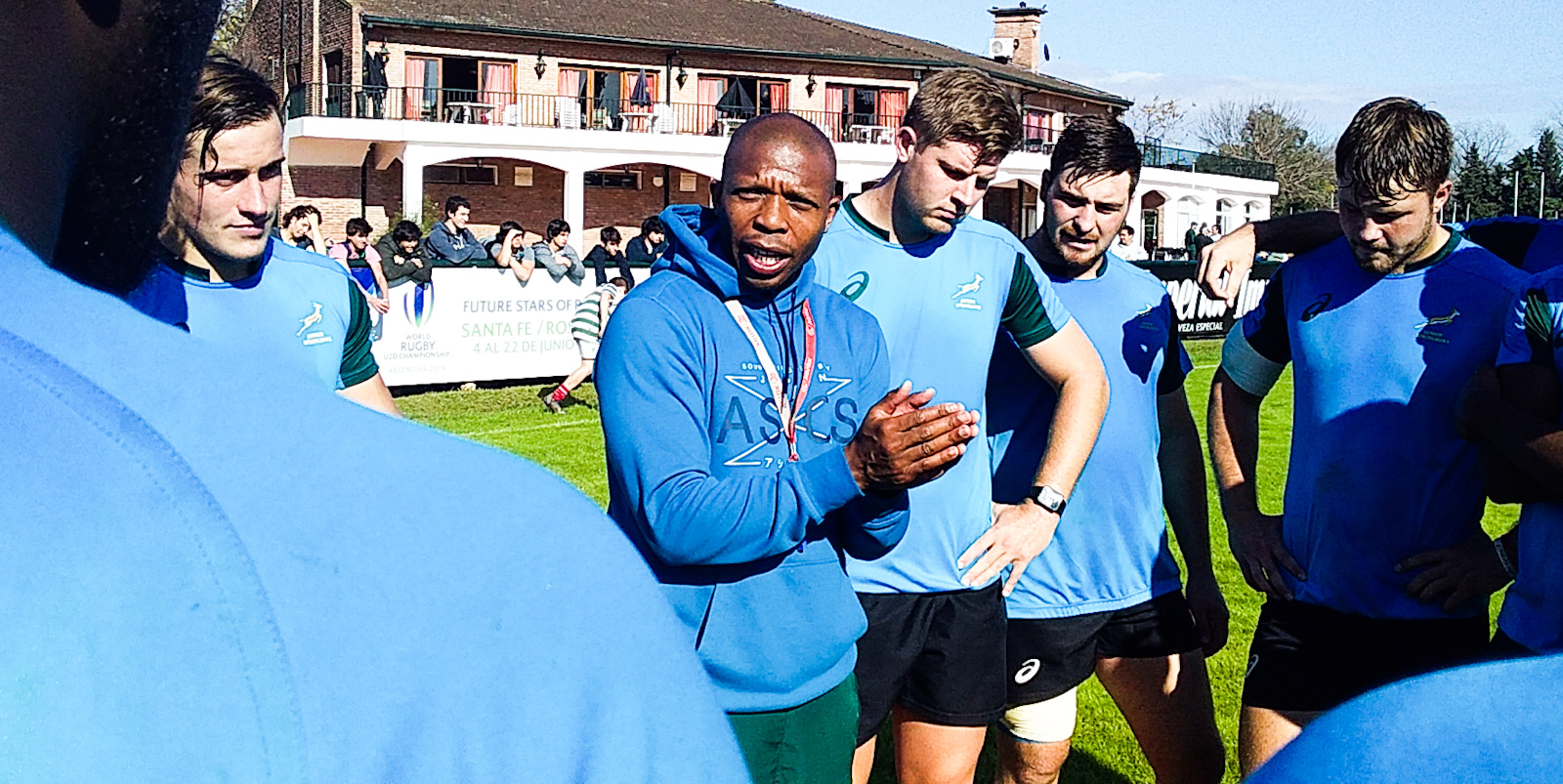 Nhleko was equally thrilled to see the Junior Springboks return to action in what will mark his first stint in the head coach role and said: “It’s great news that we are able to get international fixtures in such trying times and we are thankful to all who have made it possible.

“I’m happy for the boys that they have this opportunity and it is great reward for their hard work. They know how lucky they are to receive this chance because last year a very talented group of players missed out on U20 international rugby.”

Nhleko added: “The U20 programme is an important step in the player pathway systems across the world. We have a responsibility to develop the players for the future, and the players and coaches understand the expectation to perform.

“Argentina and Georgia have proven to be tough opposition in the last few years, and we expect the same test from a set piece, physicality and skills perspective. The little we have seen of Uruguay is their quick play and breakdown contest.

“We are looking forward to the privilege of being back on the field.”

Junior Springbok No 8 Cameron Hanekom is loving every minute of his Under-20 Six Nations Summer Series expedition in the...

Boks will be ready for any eventuality against Wal...

Springbok No 8 Jasper Wiese and hooker Bongi Mbonambi said the team were ready to adapt to anything that Wales may throw...

The DHL Stormers clawed their way to a morale-boosting 25-22 victory over the Cell C Sharks in Durban on Saturday on a day that also saw the Emirates Lions shock the Vodacom Bulls 34-33 for their first win of the PRO14 Rainbow Cup SA campaign.

The Emirates Lions shocked log-leaders the Vodacom Bulls in a tightly contested PRO14 Rainbow Cup SA clash in Johannesburg on Saturday, winning their first game of the campaign by 34-33.

Replacement flyhalf Tim Swiel kicked a late penalty goal to hand the DHL Stormers a 25-22 win over the Cell Sharks in their fourth-round PRO14 Rainbow Cup SA match in Durban on Saturday afternoon.

Border Ladies and DHL Western Province continued to stamp their authority in the Women’s Premier Division on Saturday as they cruised to their third wins a row, while the Boland Dames registered their first victory of the season in an exciting third round.

Join us for live coverage of the Women's Premier Division match between Boland and the Blue Bulls, live from Boland Stadium in Wellington.

SA Rugby and the British & Irish Lions announced on Tuesday that Laureus Sport for Good will be the Global Charity Partner of the 2021 Castle Lager Lions Series.

The President of the South African Rugby Union, Mr Mark Alexander, paid tribute to Dr Ismail Jakoet, who served the South African rugby community on many levels and sadly passed away early on Tuesday morning, at the age of 72.

The NWU Eagles beat CUT Ixias 35-32 at the Tuks B-Field in Pretoria on Tuesday to book their place in the FNB Varsity Cup semi-finals, while the University of Witwatersrand finished their campaign on a high, beating their Jozi peers, the University of Johannesburg, 22-20 in dramatic fashion.

The DHL Stormers clawed their way to a morale-boosting 25-22 victory over the Cell C Sharks in Durban on Saturday on a day that also saw the Emirates Lions shock the Vodacom Bulls 34-33 for their first win of the PRO14 Rainbow Cup SA campaign.

SA Rugby and the British & Irish Lions announced on Tuesday that Laureus Sport for Good will be the Global Charity Partner of the 2021 Castle Lager Lions Series.