The strong try-line surge shown by the Springbok Women over the last two weeks of their November Series 2021 tour could continue against the Barbarians Women on Saturday at Twickenham, but for that to happen, the South Africans will have to stay true to their objectives and execution.

That was the message from head coach Stanley Raubenheimer, who named a fairly inexperienced side to take on the star-studded Baabaas in the first match between the sides.

The Springbok Women scored three second half tries against Wales two weeks ago and then six against the England Under-20s last Sunday as they started to find their rhythm on the playing field.

“We have progressed well over the last three weeks I believe, but we have not changed what we are working on, and we will continue to look for improvement in those areas in our final game against the Barbarians,” explained Raubenheimer.

“We are still striving for better possession and to keep the ball for longer. By doing that, we can control the game better. We saw an improvement of that in recent weeks which resulted in tries, so that will again be a focus area for us.”

Raubenheimer is aware of the occasion though, and said there will be a willingness to give the ball some air, courtesy of their opponents.

“We realise we are playing the Baabaas, so we will be looking at opportunities where we can cut loose from anywhere on the field and can hopefully emulate them in that regard,” said Raubenheimer. 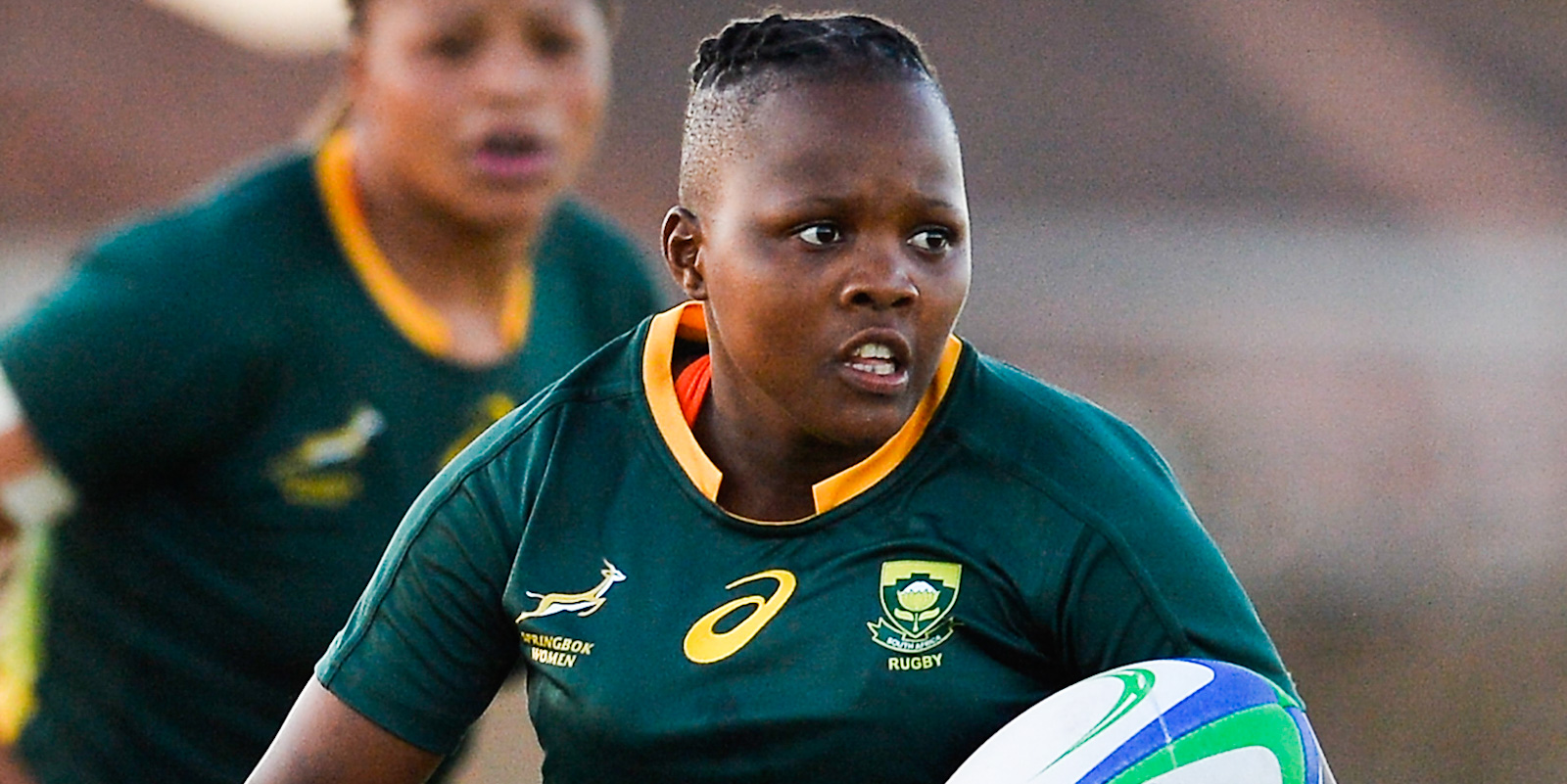 Unam Tose will start her first match of the tour.

The coach had his hand forced a bit with his final team selection due injuries to the Test starters Nadine Roos (wing), Zintle Mpupha (centre) and Tayla Kinsey (scrumhalf) at the back, while he is also without Libbie Janse van Rensburg (flyhalf), who has made real impact on tour so far.

Mpupha and Kinsey have not recovered from knocks sustained against Wales, and Roos and Janse van Rensburg picked up injuries against England Under-20 last Sunday.

“At least I could pick a full complement of backline players, despite those injuries. The midfield combination of Jakkie Cilliers and Qumisa Qawe is a young one and Unam Tose will start for the first time on tour,” he explained.

Raubenheimer also named Micke Gunter at hooker after a first tour appearance on Sunday, with Lindelwa Gwala, who started against Wales two weeks ago, moving to the bench.

Gwala, Mcatshulwa and Lerato Makua are the only players on the bench that saw action in Wales. Both replacement props, Sanelisiwe Charlie and Monica Mazibukwana, had their first taste of the tour last Sunday, as did Rumandi Potgieter and Donelle Snyders. Ayanda Malinga came off the bench in France, but was forced to leave the field soon thereafter as she took a knock to the head.

The match kicks of 19h15 on Saturday and will be broadcast by SuperSport.

The Vodacom United Rugby Championship announced on Friday that this weekend’s round six matches in South Africa had been postponed due to the emergence of a new variant of COVID-19 (B.1.1.529). Next week’s round seven matches have also been postponed.

Ntoyanto: Baabaas rugby for props too

The festival of rugby as celebrated by the Barbarians and their annual opponents does not mean that the forward packs are left behind for flashy backs to score the tries and grab the limelight.