Vodacom Bulls made to work hard by Tafel Lager Griquas

The Vodacom Bulls got their Vodacom Super Rugby Unlocked campaign off to a winning start but they had to work very hard for their 30-23 win over the Tafel Lager Griquas on Saturday evening at Loftus Versfeld in Pretoria. The sides were level (10-10) at the break in a match played in good highveld conditions.

It was the team from Kimberley who enjoyed early dominance - in fact - they had their noses in front for 62 minutes of the match before the home team could start to assert themselves mainly through a strong show from their forwards.

The plucky visitors conceded too many penalties as a result of that pressure, which unfortunately led to their downfall.

Skipper George Whitehead gave the Kimberley side an early 3-0 lead with a successful penalty kick. Left wing James Verity-Amm then raced through for the first try of the match and when Whitehead hit the mark with the conversion, the visitors had a deserved 10-0 lead on the scoreboard.

The Vodacom Bulls could only level matters after the halftime hooter when lock Ruan Nortje burst through for a try following a strong end to the first half. Flyhalf Morné Steyn, who earlier slotted his first penalty goal of the evening, added the two extra points to level the scores at 10-10. 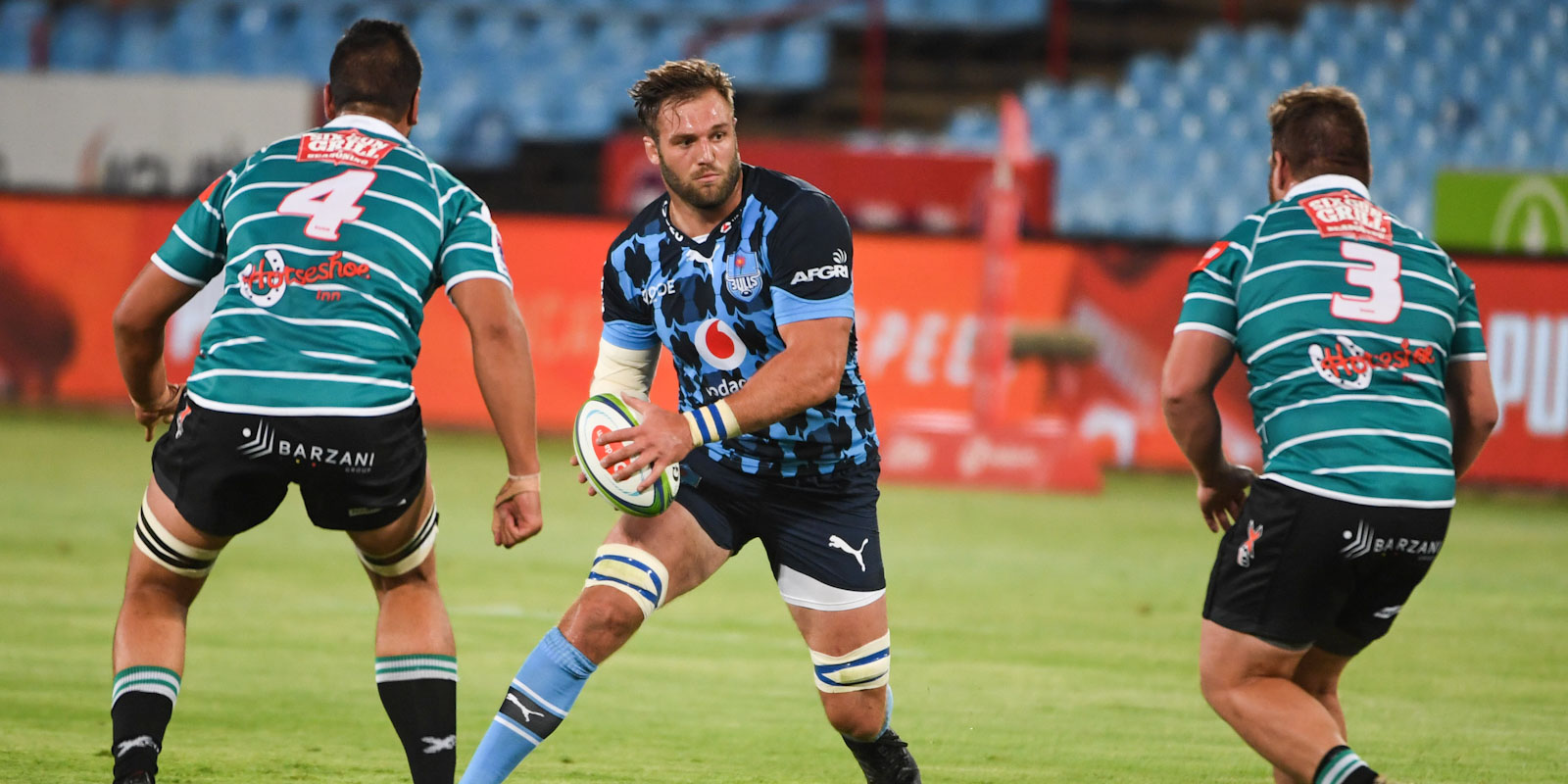 The home team came out sporting a lighter alternative jersey after a cash of colours in the opening stanza. However, it was again the Griquas who made the first strike through an opportunistic try from fullback Anthony Volmink. The lanky No 15 pounced on a loose pass to run through for the visitors’ second try of the evening.

Five minutes later Whitehead was on target once more with another penalty goal to keep the scoreboard pressure on the home team. The skipper was later yellow carded for a repeated team offence. The home team also had Tim Agaba (No 8) sin-binned for a transgression.

Jake White’s men asserted themselves better in the second half, with their powerful pack finally getting the better in the upfront battle.

Springbok flank Marco van Staden powered over the try line but was held up, however, his team was soon awarded a penalty try after the home forwards had another push towards the line obstructed by a desperate Griquas defence. 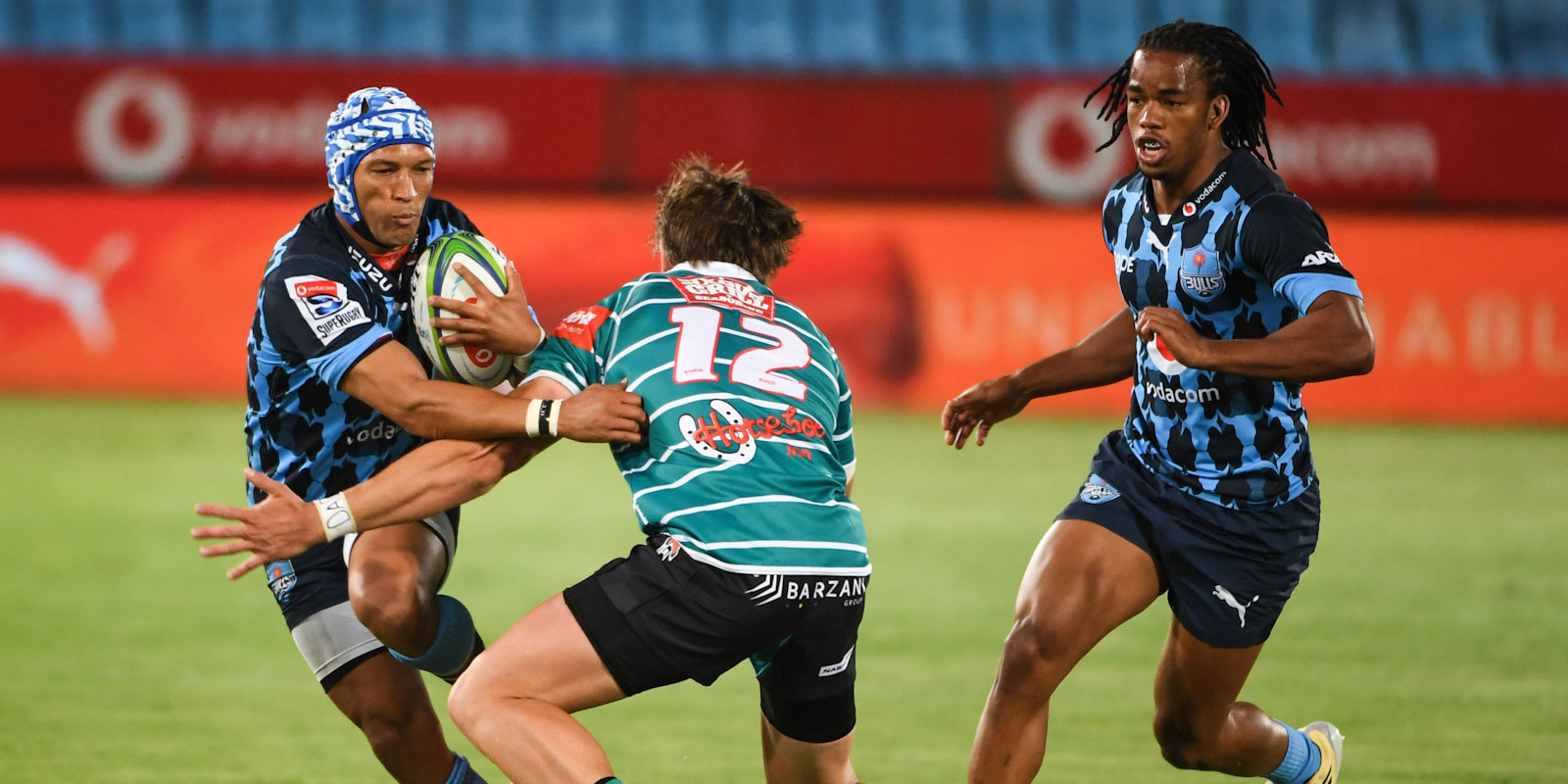 Steyn kept up the pressure with another penalty goal minutes later to give the Pretoria outfit the lead for the first time in the match at 20-17.

As the game the entered its final stage, the Bulls’ dominance upfront started to count and it was no surprise when their skipper, Arno Botha (loose forward), went over under the sticks following a strong scrum, taking an inside pass from scrumhalf Ivan van Zyl.

However, the Griquas refused to give up and they were right back into the match when an alert Verity-Amm dotted down for his second try of the match following a deft dribble on the far touchline (27-23).

Steyn gave the home team some breathing space with another penalty goal to stretch the lead to 30-23, meaning the Griquas had to score a converted try to salvage the game, but was found wanting.