Thomas du Toit is back in the Cell C Sharks' starting team for their Carling Currie Cup opener against the Phakisa Pumas in Durban on Friday night.

The match at Jonsson Kings Park kicks off at 19h00 and will be broadcast live on SuperSport.

Jeremy Ward will lead the Durbanites against Phakisa Pumas, while the inclusion of Du Toit - a RWC winner with the Springboks last year who has been out of action due to injury since late last month - is one of a number of changes to their pack.

Sean Everitt (head coach) has been forced into making a number of changes - predominantly in the pack - for this match, although there is a settled look about a Cell C Sharks side that has been able to rotate and add squad depth over the course of the last seven weeks, which saw them move into third spot on the log.

Former Junior Bok JJ van der Mescht moves from lock to the side of the scrum for this encounter, while Thembelani Bholi moves to No 8.

“JJ van der Mescht adds bulk to our pack and we believe that he has the necessary skill set to excel in that position,” said Everitt.

“It is an experiment to see how he goes in the absence of players like Henco Venter and Phepsi Buthelezi.

“He partners Thembelani Bholi at No 8, while Dylan Richardson continues in the open side role where he has played very well over the last few weeks and deserves to retain his place on the side of the scrum.” 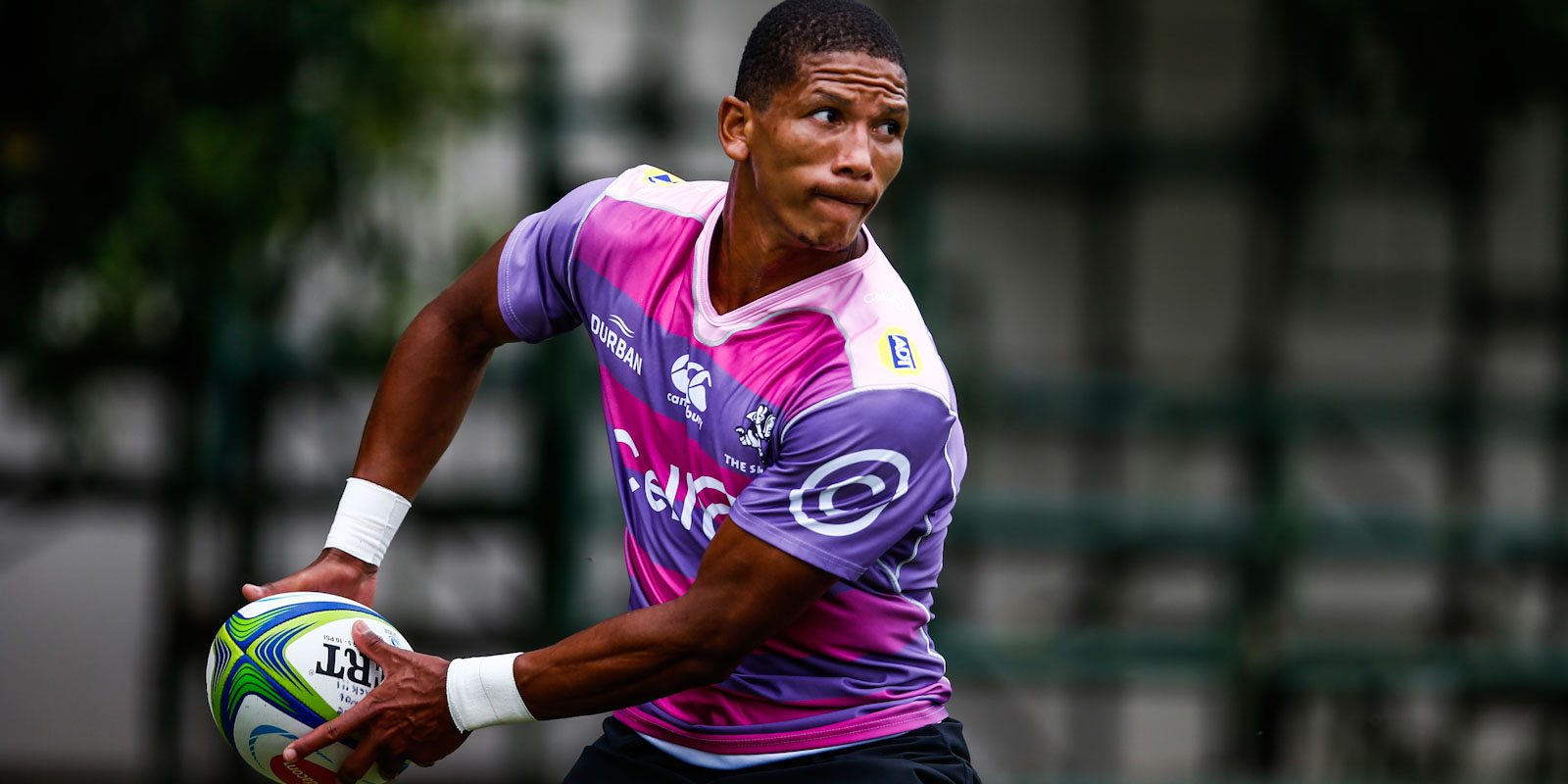 Manie Libbok will start at fullback this weekend.

There is only one change in the backline where Manie Libbok comes in for Anthony Volmink at fullback.

“Anthony has suffered an AC injury which will keep him out of action for a period of time,” the coach confirmed.

“There are a number of changes on the bench - Khwezi Mona comes in on a rotational basis and we have given SA Under 20 tighthead prop Hanro Jacobs his first opportunity for the Cell C Sharks due to the unavailability of a few tightheads.

“Sikhumbuzo Notshe returns after isolation protocols while SA Sevens player Zain Davids, who has been with us for some time, gets an opportunity off the bench. He’s shown a lot of promise at training.

“Finally, Sbu Nkosi fulfills a role off the bench after being forced to miss training while awaiting results of a routine COVID test.”

Boks leave it very late to edge Wales in Pretoria...

A last-gasp penalty goal by Damian Willemse secured the Springboks the narrowest of wins over Wales in the first of thre...

Second half performance what Boks were looking for...

A relieved Springbok coach Jacques Nienaber praised his composed team as they overturned a 15-point halftime deficit to ...

Carling Champions Team too good for Italy A...

The British & Irish Lions’ visit to South Africa next year will in all likelihood be extra special for one of the members of the Springboks’ 2019 Rugby World Cup-winning squad.

The Vodacom Bulls overpowered the Phakisa Pumas on a sopping wet Loftus Versfeld turf on Saturday afternoon to claim a 21-5 victory and clinch the Vodacom Super Rugby Unlocked title.

The Toyota Cheetahs scored three tries from clever kicks to finish their Vodacom Super Rugby Unlocked campaign on a winning note with a 28-9 victory over Tafel Lager Griquas in Bloemfontein on Saturday afternoon.

The Xerox Lions will welcome back Springbok flanker Jaco Kriel for their first match in three weeks when they face Tafel Lager Griquas in Kimberley on Saturday in their Carling Currie Cup opener.

Zak Burger will make his Carling Currie Cup debut as captain for Tafel Lager Griquas on Saturday when he will lead the Kimberley side onto the field in their opening match against Xerox Lions.

Grobbelaar back for Vodacom Bulls' trip to CT

Johan Grobbelaar makes a return to the Vodacom Bulls pack and will start at hooker for their opening Carling Currie Cup clash against DHL Western Province at DHL Newlands on Saturday.

Phakisa Pumas coach Jimmy Stonehouse made six changes to his starting team for their opening Carling Currie Cup match against the Cell C Sharks in Durban on Friday.

Springbok captain Siya Kolisi is back from injury and will lead DHL Western Province in their opening Carling Currie Cup match against the Vodacom Bulls in Cape Town on Saturday.

The Xerox Lions will welcome back Springbok flanker Jaco Kriel for their first match in three weeks when they face Tafel Lager Griquas in Kimberley on Saturday in their Carling Currie Cup opener.