The Vodacom Bulls overcame an early second-half fightback by the Xerox Lions in their Carling Currie Cup semi-final at their fortress, Loftus Versfeld, on Saturday for a 26-21 win, which earned them their first home final in the competition since 2009.

Former SA Schools and U19 wing Stravino Jacobs (pictured above) was a key figure in the match, contributing a brace of tries.

The log-leaders showed patience on attack and capitalised on their point-scoring chances in the first half to build up an 8-0 lead, with experienced flyhalf Morné Steyn kicking two penalty goals and Jacobs scoring the only try of the half.

The second half proved to be a tightly-fought affair, as the Johannesburgers scored back-to-back tries in quick succession, but their efforts were cancelled out as the Vodacom Bulls scored two tries of their own, while Steyn added another penalty goal. 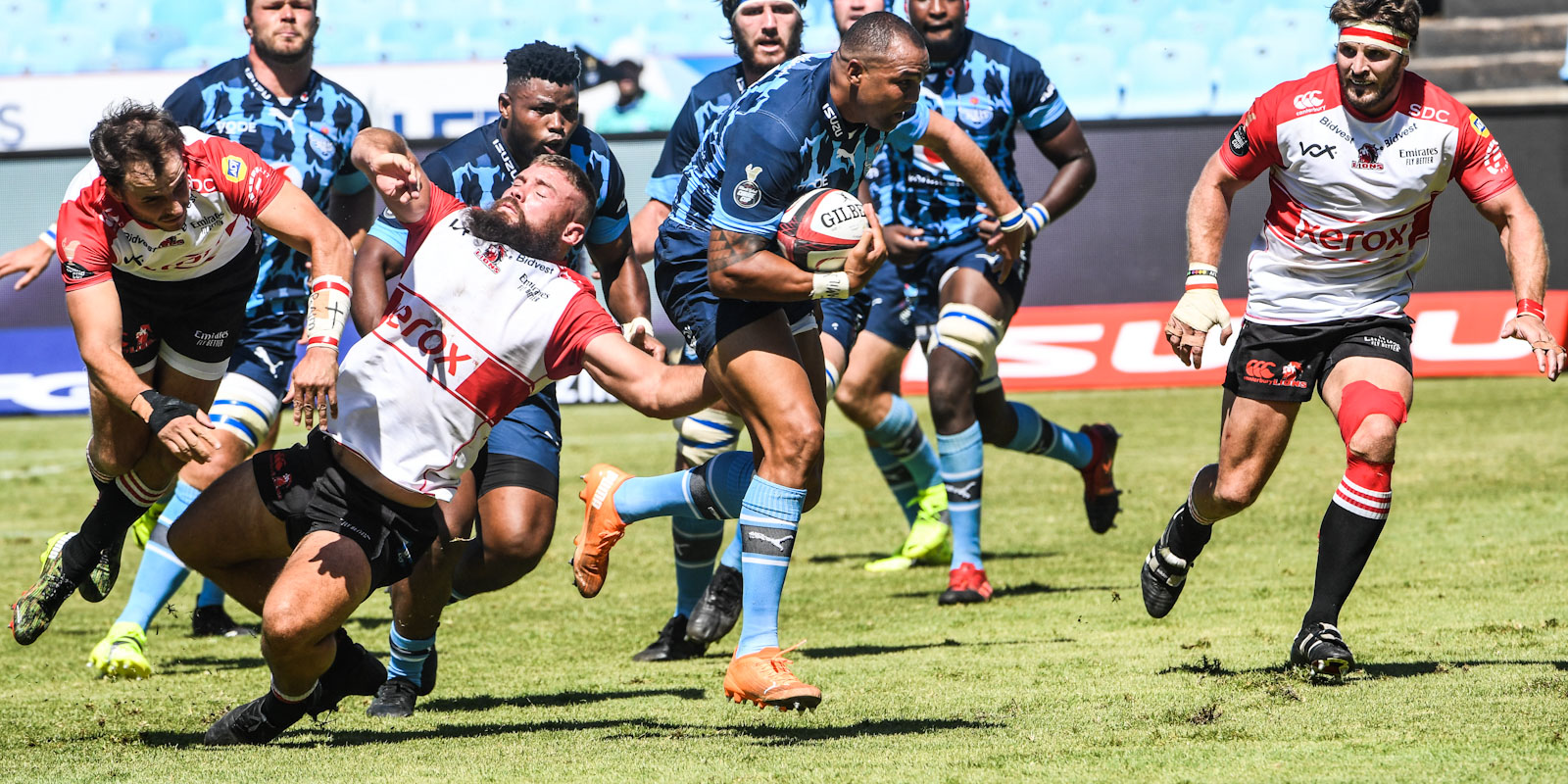 The Xerox Lions showed their intent from the outset, running hard on attack and dominating the possession statistics in the first half, but unforced errors throughout the match cost them dearly as they battled to convert the pressure into points at times.

Both team tried to use their physical forwards to force their way onto the front foot, and with quality backs on either side, the first half contained its fair share of exciting running.

The Vodacom Bulls opened up the scoring in the 10th minute as Jacobs gathered a perfect grubber kick by Steyn to touch down.

The Xerox Lions almost cancelled this out minutes later as Springbok prop Jannie du Plessis forced his way over the tryline, but the ball was held up.

Willem Alberts scored one of the Xerox Lions' three tries

With both teams displaying their tenacity on defence, the rest of the points in the half were earned compliments of two penalty goals by Steyn - in the 28th and 40th minutes respectively – which handed the hosts an 11-0 lead going into the break.

The Vodacom Bulls wasted no time adding to their score after play resumed, with Steyn kicking his third three-pointer two minutes into the second half.

The Xerox Lions hit back almost immediately with a superb try by Willem Alberts (lock) who received the ball from a ruck and dashed through a gaping hole in the defence, and captain Elton Jantjies (flyhalf) kicked the conversion, forcing the team back into the game.

Xerox Lions speedster Wandisile Simelane (centre) added their second try three minutes later as he received the ball on the outside and used his raw pace to dash around the defence, and the successful conversion levelled the scores at 14-14. 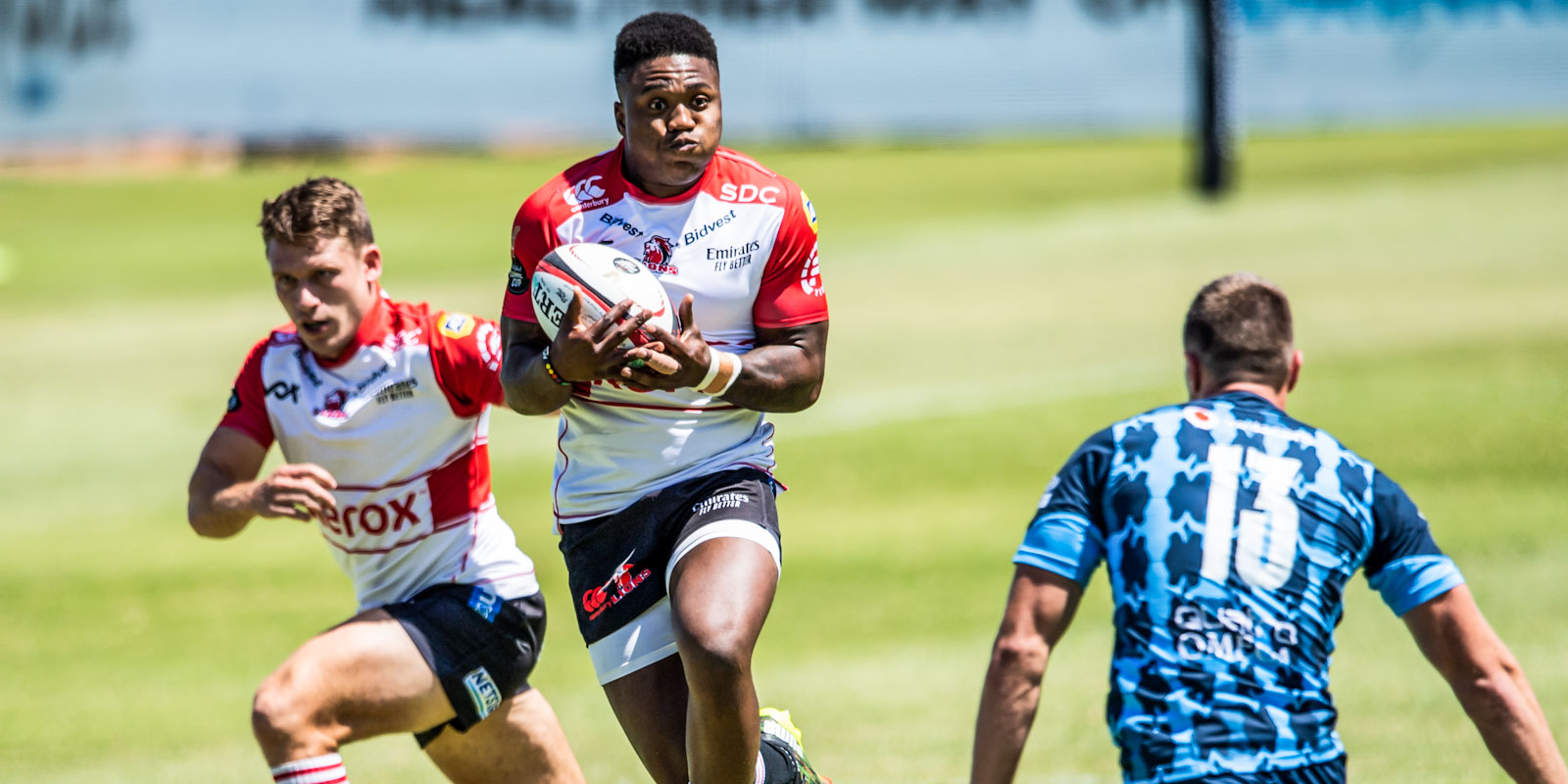 Wandisile Simelane on attack for the Xerox Lions

The Vodacom Bulls scored their second try from a rolling maul compliments of Johan Grobbelaar (replacement hooker) in the 56th minute, to regain the lead at 21-14.

The Xerox Lions were dealt a big blow soon after as Marvin Orie (lock) received a yellow card in the 58st minute, and Alberts followed him to the sin bin two minutes later, which left the Johannesburgers with 13 players.

Jacobs took advantage of this, earning his brace in the 62nd minute thanks to a well-timed chip kick from Chris Smith (replacement flyhalf) to touch down, which eased the disappointment of being denied a try minutes earlier after losing control of the ball before touching down.

The Xerox Lions showed their fighting spirit until the dying moments of the match and were rewarded with a try by Burger Odendaal (centre), but this was too little too late as they went down 26-21.

Kolisi back to lead DHL WP in Cape Town semi-final

Springbok captain Siya Kolisi is back to lead DHL Western Province in their Carling Currie Cup semi-final against the Cell C Sharks in Cape Town on Saturday.

Springbok prop Thomas du Toit is back from a few weeks on the sideline and will anchor the Cell C Sharks’ scrum in their Carling Currie Cup semi-final against DHL Western Province in Cape Town on Saturday.

Jaco Peyper will join a select group of referees who have taken charge of five Carling Currie Cup finals on Saturday when the Vodacom Bulls welcome the Cell C Sharks to Pretoria for the grand finale of South Africa’s flagship domestic competition.

Munster hurting after another loss against Leinster

Munster were left kicking themselves in the Guinness PRO14 on Saturday as they let an early 10-point lead slip away in their Irish derby against defending champions Leinster, which left coach Johann van Graan and his team bitterly disappointed.