The Springbok Women will hit the ground running at the Rugby World Cup in New Zealand in September after being drawn to face France in their opening match in Auckland.

The team will play the French, who are currently in fourth place on the Women’s World Rankings, at Eden Park – the venue of the 2011 Rugby World Cup final for men – on Saturday, 18 September, at 04h15 (SA time) in their opening Pool C encounter.

This will be followed by matches against England – the No 1 team in the world – on Thursday, 23 September, at 09h15 at the Northland Events Centre in Whangarei, and Fiji on Tuesday, 28 September, at the Waitakere Stadium in Auckland at 05h45.

The four last-placed teams will return home at the conclusion of the pool stage, with the top eight teams advancing to the quarter-finals on Sunday, 3 October.

The semi-finals and final will play out at Eden Park on consecutive Saturdays, 9 and 16 October, respectively.

Springbok Women’s coach Stanley Raubenheimer welcomed the announcement of the match dates and times and said it would provide more direction in their planning in the lead-up to the international spectacle. 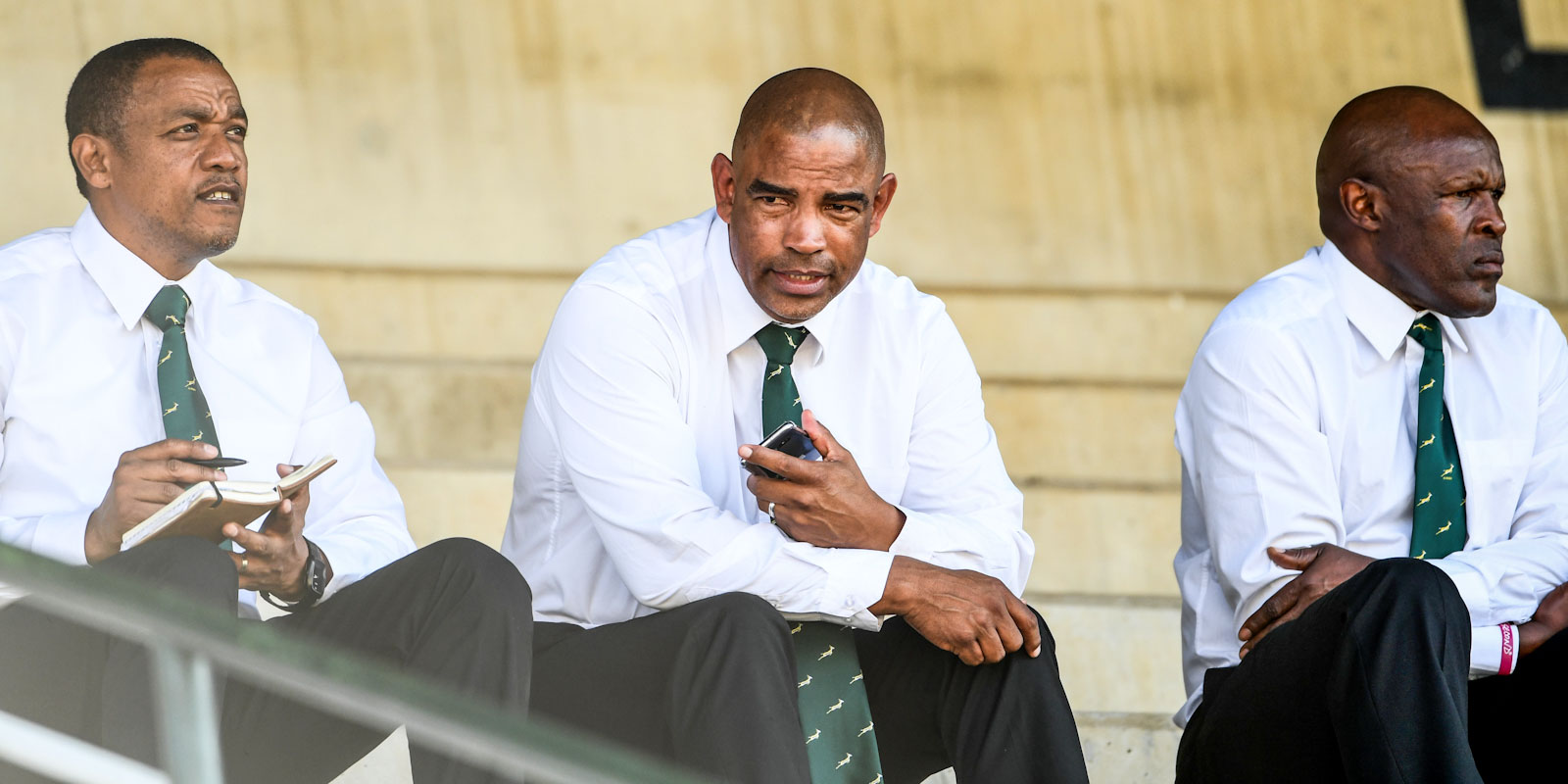 “The match dates and times will enable us to be more focused in our planning because we now have clarity on what we have to do within the relevant timelines,” said Raubenheimer.

“That said it won’t necessarily change much, but it certainly helps to know that we will face France in our opening match, so we can plan accordingly.”

Raubenheimer didn’t attach much significance to the fact that they would kick off their campaign against two of the top four teams in the world: “It doesn’t make much of a difference to us because the fact of the matter is that they are in our pool and we would have to face them at some stage.

“We will forge ahead with our preparations in the next few months and ensure that we take each match in our stride.”

The Springbok Women stepped up their preparations for the tournament early in January with a training camp in Stellenbosch, which will run until the end of March.

The team, however, had an enforced break this week to mourn the loss of their strength and conditioning coach, Sandile Sibeko, who tragically passed away last Saturday, but they returned to the training field on Thursday.

World Series to conclude with Cape Town Sevens in ...

The HSBC Cape Town Sevens will take on a new mantle after World Rugby announced that the popular event in the Mother Cit...

SA Rugby announced on Monday that coaches, parents and players from schools across the country will be invited to a seri...

Sean Everitt said the Cell C Sharks were preparing for a physical onslaught from the Vodacom Bulls in Saturday’s Carling Currie Cup final at Loftus Versfeld as the hard work continues behind the scenes to devise a plan that could steer them to their first title since 2018.

If the last 20-odd years are anything to go by, Saturday’s Carling Currie Cup final between the Vodacom Bulls and the Cell C Sharks in Pretoria could be a high-scoring affair.

New challenges for Vodacom Bulls to respond to

The Vodacom Bulls showed better discipline and a simpler game plan when they defeated the Xerox Lions in Pretoria on Saturday, but for Jake White, the role of Duane Vermeulen could not be highlighted enough.

A different angle on the Carling Currie Cup

As a gruelling 14-week Carling Currie Cup campaign draws to a close, there remains only two teams who carry the hopes of the champion within.

Blitzboks to keep pushing for that perfect game

Despite the lack of game time in the last year, the Springbok Sevens squad can ill afford one sub-standard training session as it could come back to bite them at a vital stage when the season finally resumes.

Irish powerhouse Leinster can return to the top of their Guinness PRO14 conference when they travel to Wales this weekend for a game against Scarlets that was rescheduled because of a prior COVID outbreak.

It took them 11 years and another 100 minutes at Loftus Versfeld in Pretoria on Saturday, but the Vodacom Bulls are Carling Currie Cup champions again after they beat the Cell C Sharks by 26-19 in a thrilling final.

SA Rugby President, Mr Mark Alexander, paid tribute to former Springbok player Gerard Peters, who played in the colours of the erstwhile SA Rugby Union and passed away last Tuesday at the age of 75.

Sean Everitt said the Cell C Sharks were preparing for a physical onslaught from the Vodacom Bulls in Saturday’s Carling Currie Cup final at Loftus Versfeld as the hard work continues behind the scenes to devise a plan that could steer them to their first title since 2018.

A different angle on the Carling Currie Cup

As a gruelling 14-week Carling Currie Cup campaign draws to a close, there remains only two teams who carry the hopes of the champion within.