Premier Division log-leaders, DHL Western Province, will host the Blue Bulls Women in Cape Town at 13h00 in their second match-up of the season, with the clash being streamed live on Springboks.rugby.

Two matches will play out at 14h00 between the Border Ladies and EP Queens in East London, and the Cell C Sharks Women and Boland Dames in Durban, and these matches will also be streamed live on Springboks.rugby.

The First Division – which is split into two sections – will feature two Group 2 matches. Defending champions, the Mastercard Golden Lions Women, travel to Polokwane to meet the Limpopo Blue Bulls at 12h00, while the Valke make a welcome return to the women’s domestic scene after a long absence when they host the Leopards in Brakpan at 15h00. The Pumas have a bye.

Group 1 of the Frist Division – featuring Free State, the Griffons, Griquas and SWD – will kick off on Saturday, 26 June.

Defending Women’s Premier Division champions, DHL Western Province, will have their sights set on stretching their unbeaten run this season to six matches and maintaining their lead on the standings over the Border Ladies when they host the Blue Bulls Women at Newlands.

History and form favour the hosts, who have won the last four matches between the sides comfortably, but the women from Pretoria are high on confidence after back-to-back victories which has seen them close in on the pace-setters, setting the scene for a thrilling battle.

The Blue Bulls Women will be wary of the fact that their defence in particular needs to be rock solid as the Capetonians have been on hot form on attack, which has seen them score almost double the number of tries this season, but the prospect of creating the biggest upset of the season so far would excite them rather than intimidate them.

The Border Ladies, in turn, will be determined to bounce back from their first defeat of the season – last weekend against DHL Western Province – and prove they are still a force to be reckoned with after being limited to scoring only one try in the clash.

They will, however, be cautious not to underestimate the EP Queens, who have won only one of their five matches so far this season, especially after registering a hard-fought 17-10 victory against them earlier in the season.

Adding to the Queens’ motivation, they come off four frustrating defeats, and will be desperate to sway their fortunes in the competition.

The Cell C Sharks Women, meanwhile, will be hunting their third victory in a row against the Boland Dames when they meet at Jonsson Kings Park 2 in what could prove to be a thrilling clash.

The KwaZulu-Natalians come off three back-to-back defeats, which has relegated them to foot of the log, but a victory could change that.

The Dames, in turn, have had an inconsistent season, and they will be keen to find their rhythm and build winning momentum after registering two victories in their last three matches. 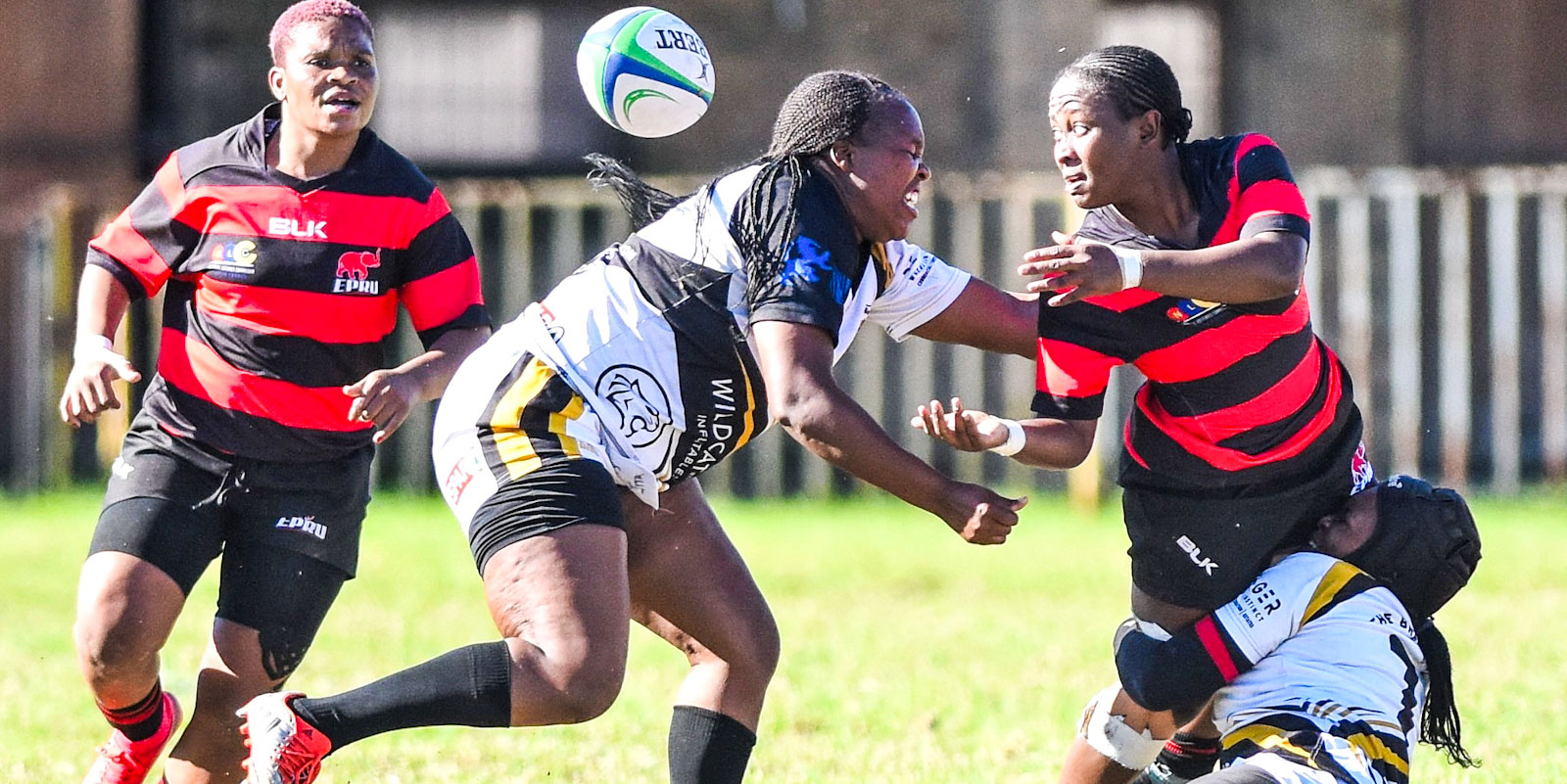 The EP Queens, in action here against Boland Dames, will be eager to reverse their fortunes this weekend in East London.

The MasterCard Golden Lions Women will look to maintain their stronghold in the First Division when they make the road trip to Polokwane to face the Limpopo Blue Bulls.

The Johannesburg outfit has featured in the last three finals, and after securing the title in 2019, they will go full-out to defend it, especially with the First Division winner gaining promotion to the Premier Division next season.

The Joburg outfit have scored over 50 points in each of their last victories against the team from Limpopo and this will inspire them going into the clash. This track record, however, will also motivate the Limpopo Blue Bulls, who will be determined to make the most of their home ground advantage.

In Brakpan, meanwhile, the Valke will be thrilled to return to action for the first time since 2016 when they host the Leopards Women.

While the Leopards will look to capitalise on their familiarity with the competition, they will be wary of the fact that they will face a side that will be eager to make up for lost time.

Having lost out on final berths to the Mastercard Golden Lions Women in last in the last two seasons, however, the Leopards will be highly motivated to get their season off to a strong start.

Vodacom Bulls Director of Rugby Jake White continues to test combinations and positions, with Ruan Nortje shifting to blindside flank opening up space for lock Janko Swanepoel to start in the engine room in their final PRO14 Rainbow Cup SA clash against the Cell C Sharks on Saturday.

Kriel: “The Lions are personal and special to me”

Springbok centre Jesse Kriel said being part of the Castle Lager Lions Series will mark an extra special occasion in his career as he follows in his great-grandfather’s footsteps by participating in one of the most significant rugby traditions in the game’s history.

The Cell C Sharks will welcome back a bunch of their top players for their last round PRO14 Rainbow Cup SA clash against the Vodacom Bulls in Durban on Saturday, which is in effect a final for local bragging rights.

In just over 30 days from now, the Springbok Sevens team – in the colours of Team South Africa – will start a long-haul flight to Japan, with the gold medal in Rugby Sevens at the 2021 Olympic Games in Tokyo their main aim.

The race for top spot in the PRO14 Rainbow Cup SA was comfortably won by the Vodacom Bulls on Saturday evening in Durban where the men from Pretoria defeated the Cell C Sharks by 34-22 and in the process deservingly booked their place in next weekend’s North versus South final in Italy.

DHL Western Province reinforced their status as the favourites to clinch the Women’s Premier Division title this season as they secured their sixth successive win in a thrilling round in which the EP Queens stunned the Border Ladies and the Boland Dames earned their second win a row.

It's the big Eastern Cape derby in the Women's Premier Division - live from East London at 14h00.

The Blue Bulls Women have a tough task ahead as they take on Women's Premier Division log-leaders DHL Western Province at Newlands in Cape Town, starting at 13h00.