The new season will start for the Blitzboks at 07h32, when they lock horns with the Irish, followed by their other two Pool C matches on Friday – against Japan (11h24) and Great Britain (14h40).

South Africa are the defending champions following their unbeaten run in the shortened 2021 World Series held in Canada in September.

Unfortunately for Neil Powell’s side, prolific wing Angelo Davids is still injured. Davids set a new individual try-scoring record for the Vancouver event with 10 tries, but fractured his hand in the final against Kenya and is still not fit enough to return.

Four other players who featured in Canada were also ruled out, but the Blitzboks will be boosted by the presence of experienced duo of Branco du Preez and Impi Visser.

If the Blitzboks enjoy a clean sweep of wins in the pool stages and then win their quarter-final, they’d match their ever World Series winning streak of 16 matches, set between 2008-09.

The Springbok Sevens and Ireland – who impressed in reaching the Vancouver semi-finals – have the honour of kicking off the men’s competition in the 2022 World Series and the Blitzboks will need no reminding that they were held to a 19-19 draw the last time they met in Los Angeles in February 2020. 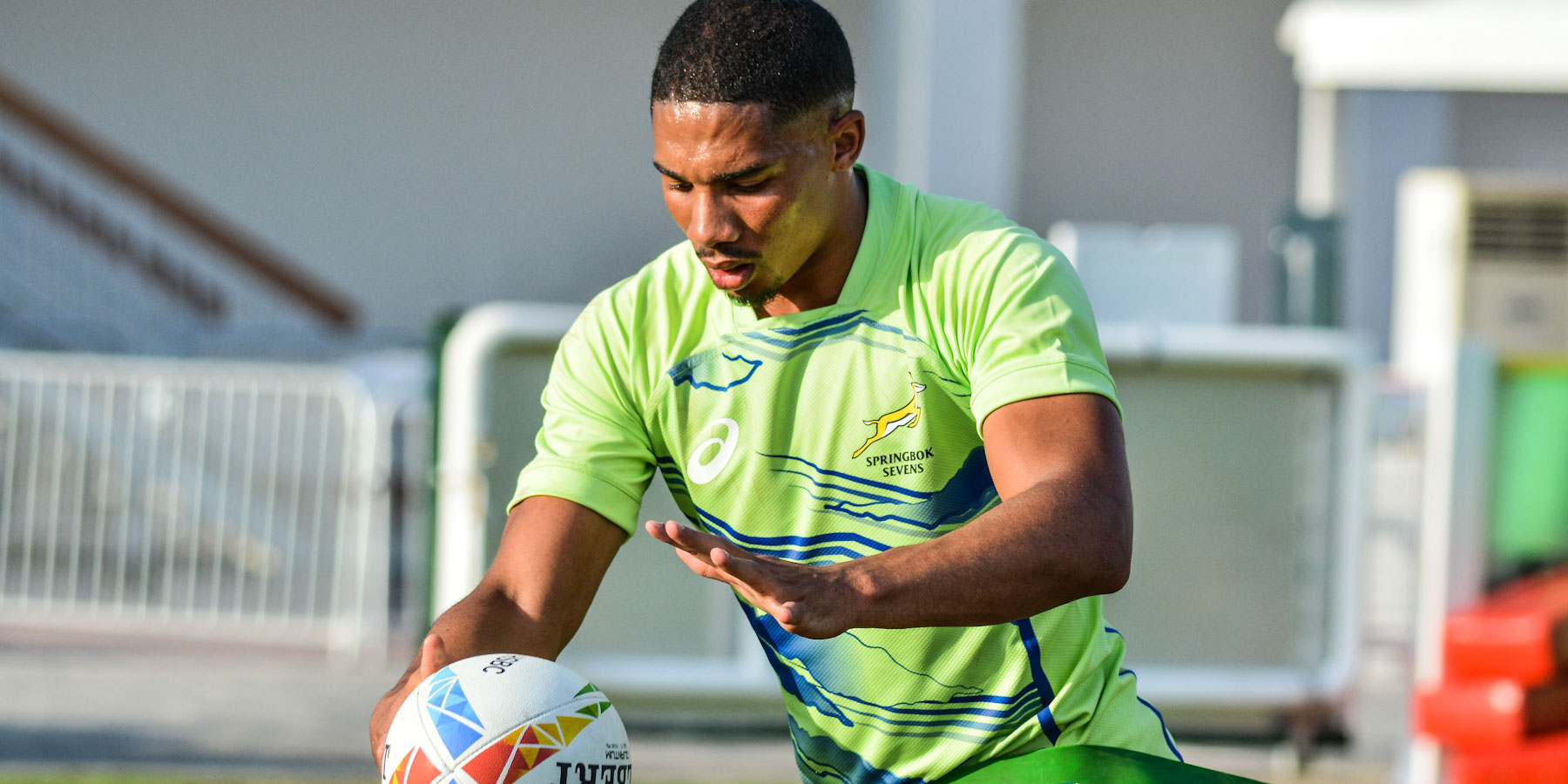 With the popular Dubai event starting on Friday, Powell said this week’s training week felt like a short week, but he is nevertheless happy with the team’s preparations.

“We had a good week here, although we we’ve done most of our preparation work in Stellenbosch,” saod Powell.

“So it was a case of fine-tuning to make sure everyone are on the same page and that the guys are ready to get going.”

With a few familiar players missing from the squad due to injury, the Blitzboks have included two uncapped players in Tiaan Pretorius (forward) and Shilton van Wyk (outside back), and Powell is looking forward to the two newcomers getting their first taste of World Series action.

“They’ve been training with us for the last 18 months, so they know what is expected of them,” said Powell.

“Shilton is a very elusive runner and I think if he gets ball in hand, he will surprise a few people with his speed and his evasive skills. He showed some of that in the recent tournament against Kenya and Uganda and if he gets his opportunity I think he will do well.

“Tiaan is a hard worker and has good aerial skills, so I’m looking forward to giving the two of them their first caps and to see how they go.” 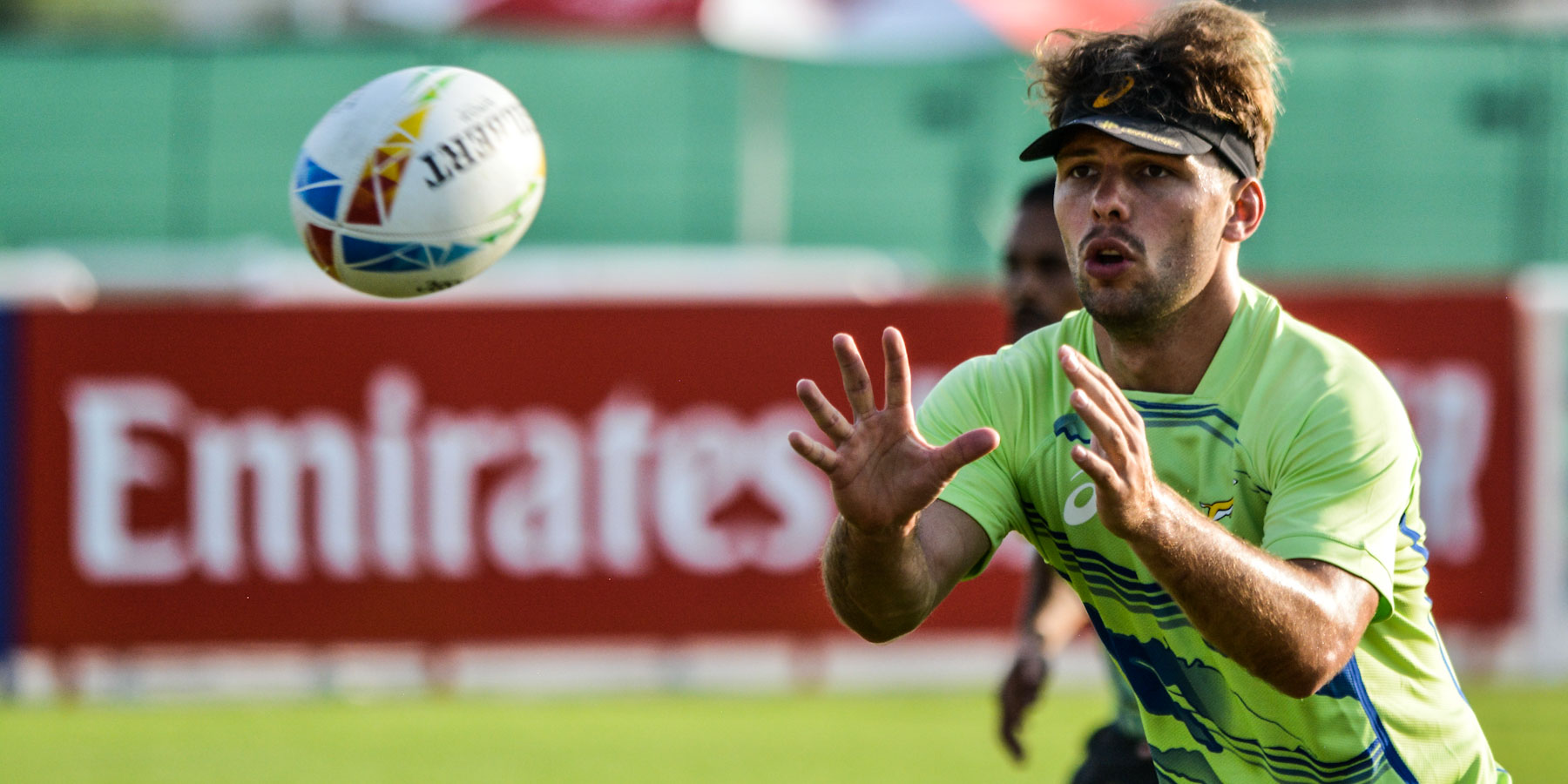 With a Commonwealth Games and Rugby World Cup looming at the end of a very busy season, Powell is understandably keen to see his charges gaining momentum early on.

“It’s a long season and we are starting off with a tough game against Ireland, who is a very structured team, so it will be important to start well,” cautioned Powell.

“We’ve done proper analysis on them to make sure we know what we up against. If we don’t do well in terms of our effort and (the) implementation of our roles on the field, then we could find ourselves in trouble.”

Speaking at yesterday’s official captains’ photo session in Dubai, Blitzbok skipper Siviwe Soyizwapi said: “When the World Series calendar came out, to see such a busy schedule again was really exciting for us and we got straight down to work to prepare for it. The excitement level is high and we are really looking forward to it.

“Dubai is a great spot and we have done really well here over the years with good success. We can definitely take confidence from our recent results in Canada and it was really good for some younger guys to come into the squad and get experience at that level.”

Blitzboks own worst enemy in Toulouse...

The Springbok Sevens team suffered a third defeat at the HSBC France Sevens in Toulouse on Sunday in what Blitzbok coach...

The Springbok Sevens squad failed to progress to the Cup quarter-finals of the HSBC France Sevens tournament in Toulouse...

The Springbok Sevens team will have to beat Samoa with a convincing score in Toulouse at 12h22 on Saturday if they want ...

Blitzboks ready to blast off in Toulouse...

It took them a while to get to Toulouse, but since their arrival on Monday evening, the Springbok Sevens team left littl...

The Vodacom United Rugby Championship announced on Friday that this weekend’s round six matches in South Africa had been postponed due to the emergence of a new variant of COVID-19 (B.1.1.529). Next week’s round seven matches have also been postponed.

Ntoyanto: Baabaas rugby for props too

The festival of rugby as celebrated by the Barbarians and their annual opponents does not mean that the forward packs are left behind for flashy backs to score the tries and grab the limelight.