Certain things were predictably good about the Springbok Sevens and their HSBC World Rugby Sevens Series in recent years – their processes and system, but also the importance of setting the standard for a tournament by laying the foundation in the very first match of the opening day.

That has not changed, despite some disappointing results of late, and when the Blitzboks take on Argentina at the HSBC London Sevens at 10h54 (SA time) on Saturday morning, the focus would be exactly the same.

Hopefully the execution will be better, as Springbok Sevens coach Neil Powell was quite open about the shortfalls in their game last weekend in Toulouse.

“Soft moments and basic skills not executed well, rather than lack of effort was holding us back,” Powell explained.

“We had some areas that were really poor in Toulouse. Our kick-off receives was one of them and we lost three of the four restarts against Samoa, for example. That is giving the ball straight back to the opponents and at this level it is looking for trouble, especially when you do so in critical times of the game.

“Those are small areas in the game that we need to improve on, but also areas that we know we can improve on. We worked on those, and the results will be better this weekend.”

The Blitzboks have suffered a number of unexpected defeats in recent tournaments and they are suddenly in a much tighter race than anticipated two months ago to retain their HSBC World Rugby Sevens Series crown. South Africa and Argentina are neck and neck in the race to line, so Saturday’s clash could be more important than just a strong start to the weekend.

“They are a difficult team to play against – they never surrender and they never give up,” said Powell.

“I believe that if we put down a good foundation in that first game, the guys will build on it and we will be successful. It is going to take a big effort, individually and as a team, to do that and deliver a more clinical performance than we showed last weekend.” 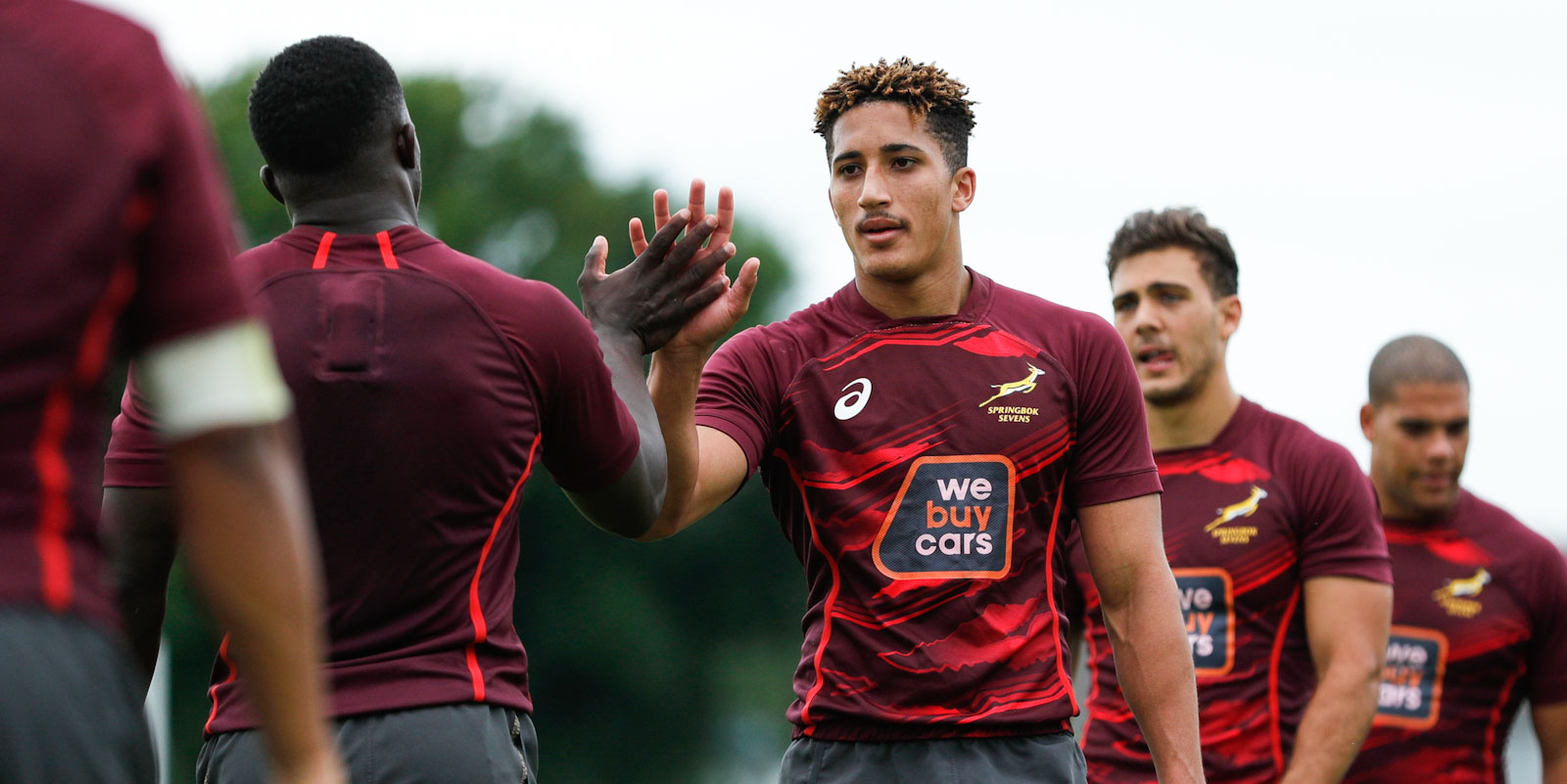 Jordan Hendrikse will make his Blitzboks debut in London.

The SA Rugby Sevens Academy side, boosted by a number of Blitzboks, will have an early opportunity to impress newly appo...

Blitzboks sign off in style as Powell bids farewel...

It was the farewell Neil Powell deserved as the long-serving head coach of the Springbok Sevens team and although it was...

With three rounds remaining and the top two positions on the Carling Currie Cup log a two-horse race between the Vodacom Bulls and the Toyota Cheetahs, the spotlight now turns firmly to the fight for the two remaining playoff spots.

Five years after her first refereeing appointment at a Rugby World Cup, Aimee Barrett-Theron will do so again later this season in New Zealand after being included on an 18-member match official panel for the global showpiece from 8 October to 12 November.

It will be a crucial round of Women’s Premier Division action this weekend where results on Friday and Saturday could have a big influence on determining the two finalists on 11 June, despite another round of fixtures scheduled to take place.

Makata, Davids to bring the energy

For Sako Makata, watching the Blitzboks grind to a stuttering halt in Toulouse was a painful and frustrating experience, especially knowing how much the team was hurting following their unexpectedly disappointing showing at the HSBC France Sevens.

Windhoek Draught Griquas on Saturday served up a sensational shock in Kimberley as they romped to a 46-18 victory and snapped the Toyota Cheetahs’ unbeaten streak in this year’s Carling Currie Cup.

The Sigma Lions defeated DHL Western Province 33-10 to record a bonus-point victory and register their first Carling Currie Cup win of this year's campaign in Johannesburg on Saturday evening.

The Springbok Sevens returned to winning ways in the HSBC World Rugby Sevens Series at Twickenham on Saturday, beating Argentina, Ireland and Kenya to top Pool D at the HSBC London Sevens, the penultimate tournament in the 2022 season.