Marx said while the victory was rewarding for the team, it would be remiss to expect anything less than another bruising encounter against the All Blacks next weekend, and that the Boks would certainly not take Saturday’s victory at the Mbombela Stadium in front of 42367 people for granted.

“It is never easy against the All Blacks, it’s always a hard grind until the end,” said Marx.

“We will never take anything for granted, so we will work equally hard next week and do as much as we can so that we are up for the challenge.

“It is always tough against them. The All Blacks side is always up there, and they’ve been great. The previous five games we played against one another was decided by about two points, so we need to be ready for another big game next weekend.”

Marx spoke highly of the role his team-mates played in allowing him to be named Man of the Match in this special milestone game: “Winning it in my 50th Test was special, but it was because of the guys and squad around me. I tried to do my job to the best of my ability and the guys around me did more than that.”

He also praised the non-playing players for their role in the victory and said: “Our preparation in the last two weeks was unbelievable, and this victory was a squad effort. The guys that didn’t play were key in preparing us to play as well as we can.” 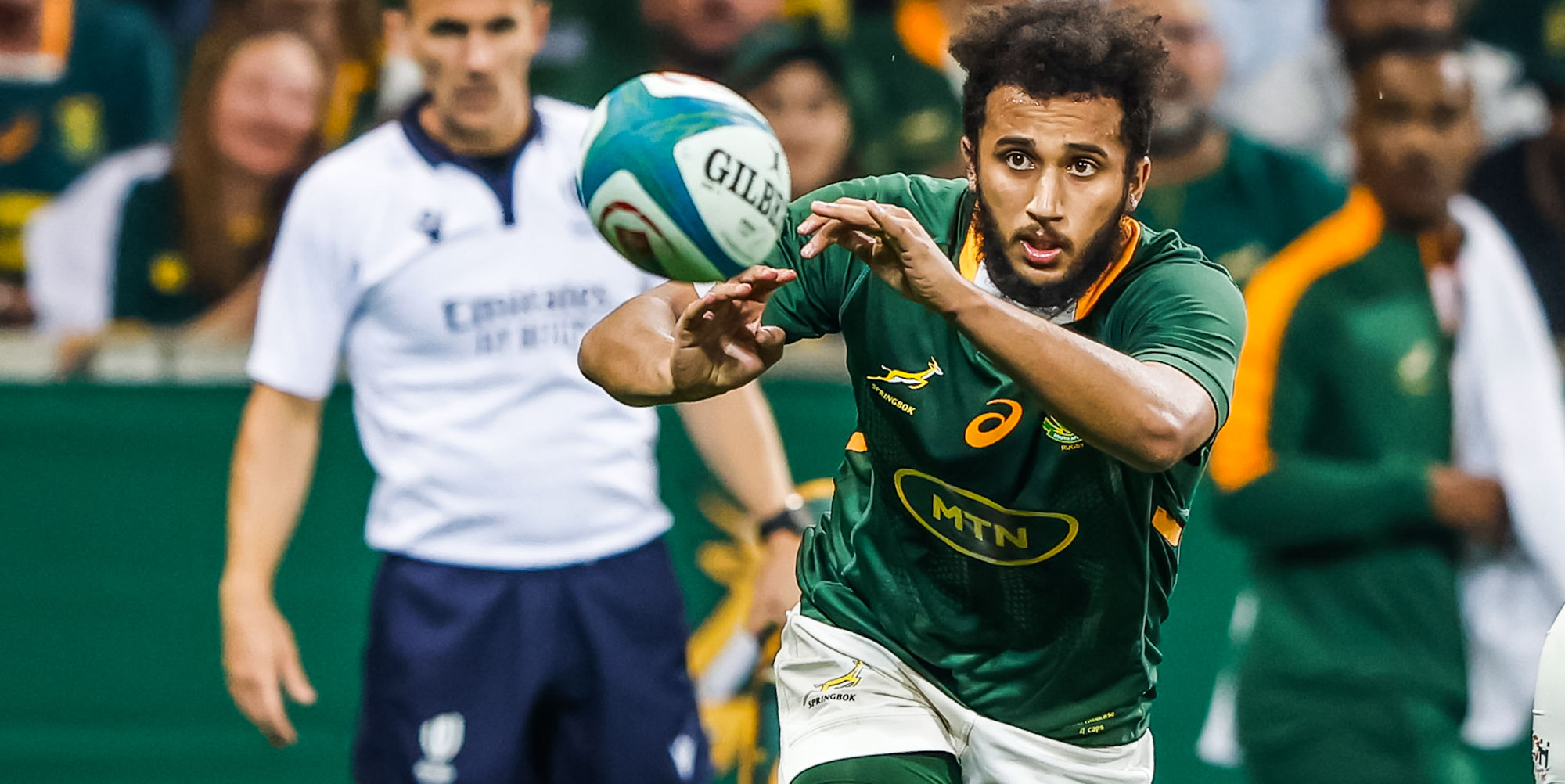 Jaden Hendrikse played all but the first 45 second off the bench in Nelspruit.

The victory and match was equally special for Springbok replacement scrumhalf Jaden Hendrikse, who took the field in the first minute after Faf de Klerk took a blow to the head in a tackle, which forced him out of the match.

However, the young scrumhalf admitted that he was a bit caught off guard after having been asked to come on so early in the Test.

“It was a privilege to play against the All Blacks,” said Hendrikse.

“As a kid one dreams of playing against them, so it was a massive honour. When I took the field, I knew I just had to stick to what works for me, and give all my effort to do my job.”

Of the challenge of facing the All Blacks' vastly experienced scrumhalf Aaron Smith, Hendrikse said: “I’ve always been watching him play, and as a youngster it was an honour to play against him.”

The Springboks make the short trip to Johannesburg on Sunday afternoon for their next match against the All Blacks, and will kick off their preparations for the Test on Monday.

Springbok captain Siya Kolisi paid tribute to the team’s fans after the Boks’ record-breaking win over New Zealand in the opening Test of the Castle Lager Rugby Championship at the Mbombela Stadium on Saturday.

The Springbok Women’s Sevens team, who finished seventh at the Commonwealth Games in Birmingham, will now turn their attention to the World Rugby Sevens Challenger Series on 12-14 August in Santiago, Chile, where they will try and qualify as a core team on the HSBC World Rugby Sevens Series.

With kick-off times now confirmed for all 18 rounds of the Vodacom United Rugby Championship, fans can subscribe to the league’s innovative ‘Ecal’ fixture list that puts ticketing, the latest event details and broadcast listings directly onto their device.

Bok Women’s preparations for Spain off to a good start

The Springbok Women started their Test week with a good session in Potchefstroom and will be ready to go on Saturday when they take on Spain at Emirates Airline Park in Johannesburg in the first of two Tests.

Talented former Junior Springbok utility back Canan Moodie has been called up to the Springbok squad as cover at wing and will join the group in Johannesburg on Monday evening.

Three teams unbeaten at U20 YTC tournament in CT

The Blue Bulls, Western Province and Limpopo finished the Under-20 Youth Training Centre (YTC) tournament in Cape Town unbeaten after winning both their matches at City Park on Saturday and Sunday.