Three experienced Springboks – Lukhanyo Am, Eben Etzebeth and Siya Kolisi – were nominated for the coveted SA Rugby Player of the Year Award for 2022 for a second year running and will be up against Kurt-Lee Arendse and Frans Malherbe after the quintet of Boks earned the most votes in the nomination process.

SA Rugby announced the nominees in nine categories on Wednesday and the winners will be named in 2023, along with the annual OUTsurance Referee of the Year and the Provincial Women’s Player of the Year.

Springbok captain Kolisi won the award for a stellar 2021 season and along with Etzebeth, who became the seventh player to earn his 100th Springbok Test cap this year, and Am, whose influence was crucial before he picked up a season-ending injury in August, the trio were central to the Boks’ efforts in 2022.

Former Blitzbok star Arendse was sublime in his debut season for the Boks and scored seven tries in as many Tests, while the ever-reliant Malherbe, who played in his 50th Test this year, was a rock in the pack and he quietly went about his job of putting the Boks on the front-foot from first phase.

For the first time, media and SA Rugby stakeholders also voted for the Springbok Women’s Player of the Year, and the five nominees all played in the Rugby World Cup in New Zealand in October – last year’s winner Lusanda Dumke, 2019 winner Aseza Hele, as well as Zintle Mpupha, Aphiwe Ngwevu and Nadine Roos.

The next generation of national players were nominated in the category for Young Player of the Year, which only takes into consideration Under-23s. They are Sacha Feinberg-Mngomezulu, Jaden Hendrikse, Canan Moodie, Evan Roos and Henco van Wyk. 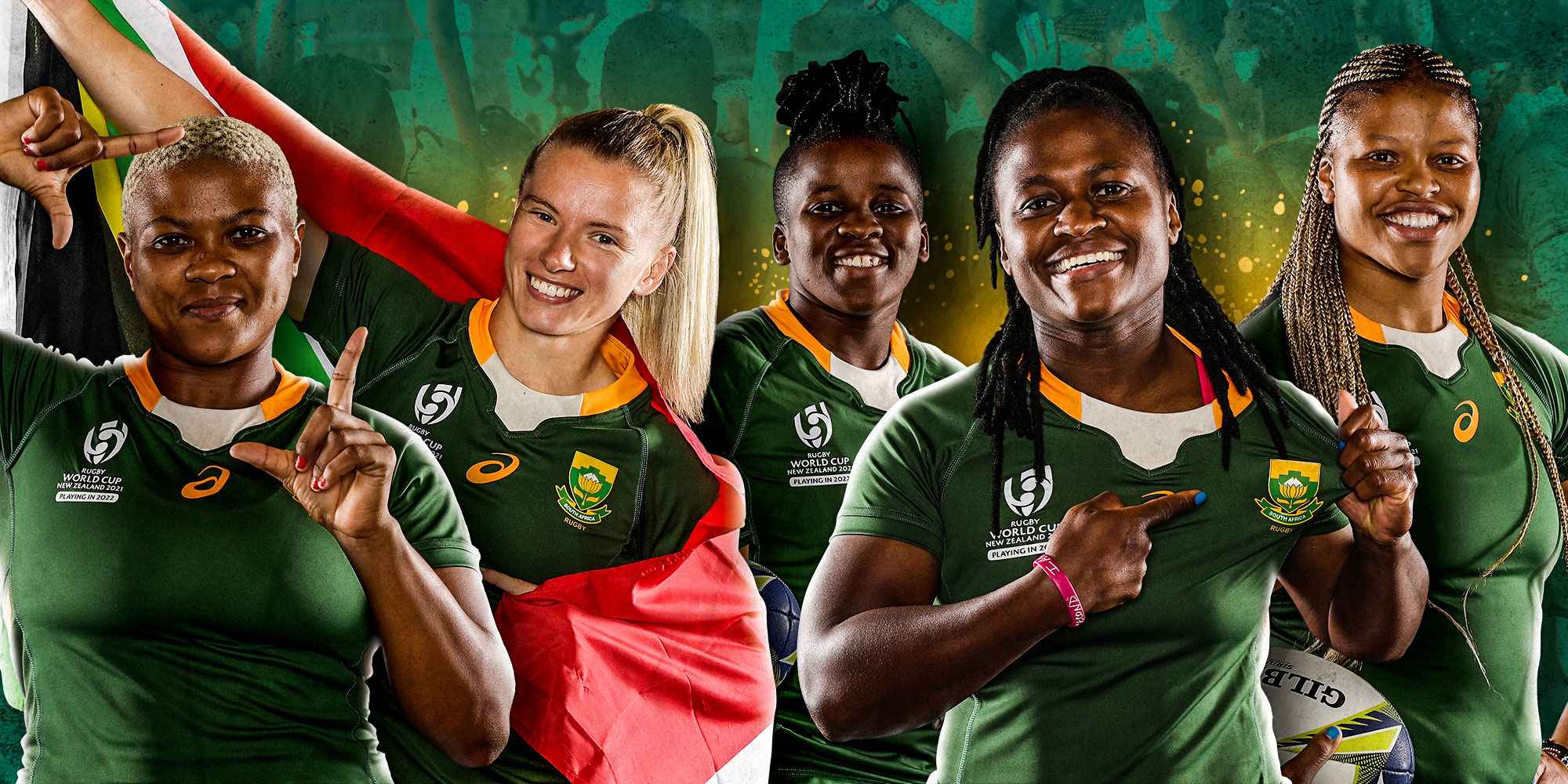 Sacha Feinberg-Mngomezulu was also nominated in the category for Junior Springbok Player of the Year after he led the SA Under-20s to an unbeaten run in the Six Nations U20 Summer Series in Italy, while Suleiman Hartzenberg and Ruan Venter were also nominated for this award.

And the three Blitzboks who were nominated for the Springbok Sevens Player of the Year Award are Selvyn Davids, Zain Davids and JC Pretorius.

After a good season in which they won eight Test out of 13 and had close defeats to the top two teams in the world, the Springboks were nominated as one of the three Teams of the Year, with the DHL Stormers, winners of the inaugural Vodacom United Rugby Championship, and the Carling Currie Cup champions, the Airlink Pumas, the two other nominated sides.

These three teams’ coaches, John Dobson (DHL Stormers), Jacques Nienaber (Springboks) and Jimmy Stonehouse (Airlink Pumas) also got the most votes in the category for Coach of the Year.

The Airlink Pumas’ domestic triumph was reflected in the nominations for Carling Currie Cup Premier Division Player of the Year, with three men from Mpumalanga up against each other for the award – Sebastiaan de Klerk, Willie Engelbrecht and Devon Williams. 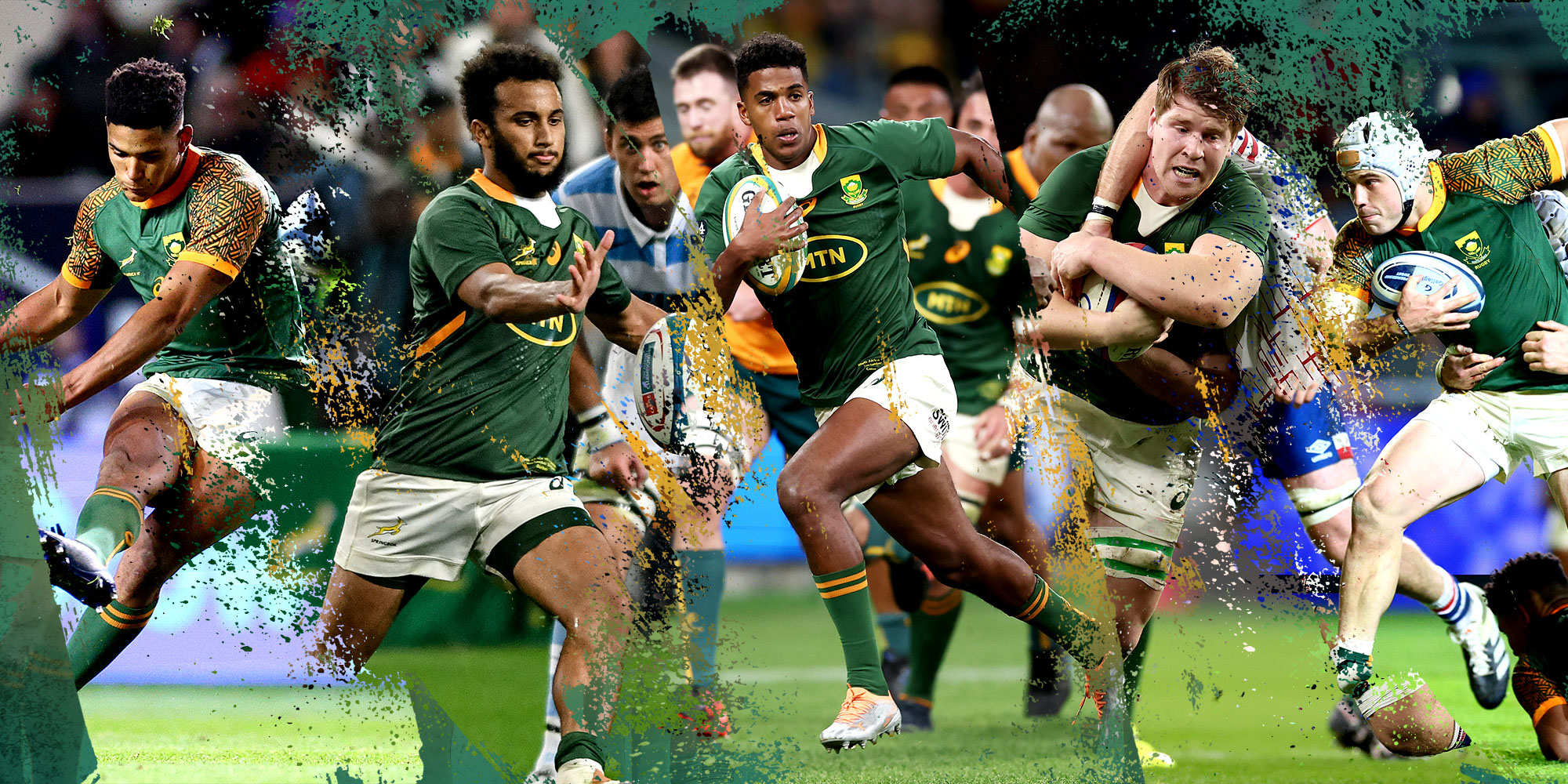 And in the final category, Jaywinn Juries and Duan Pretorius of eventual champions, the Down Touch Griffons, are up against Jaiden Baron of the Boland Kavaliers for the Carling Currie Cup First Division Player of the Year award.

Mr Mark Alexander, President of SA Rugby, congratulated all the nominees on their performances and achievements in 2022.

“As we returned to normal after a few tough years due to the pandemic, it was really heart-warming to see rugby played on weekends all over the country and abroad, by schools, clubs, provincial unions, our franchises and national teams,” said Mr Alexander.

“This list of nominees honour those players who performed brilliantly week in and week out and I would like to congratulate all of them on their achievements in 2022.

“All of our national teams enjoyed some form of success and again underlined our status as one of the top rugby nations in the world. With that comes big responsibility though and our men and women in green and gold did us proud this year.

“On the local front, we saw excellent rugby played across the board. The DHL Stormers were deserved champions of the Vodacom United Rugby Championship after winning an all-South African final against the Vodacom Bulls, and the two Carling Currie Cup competitions delivered some of the best action seen in recent years, with especially the Airlink Pumas and Windhoek Draught Griquas underlining the fact that there is no such thing anymore as ‘minnow teams’ in South Africa. 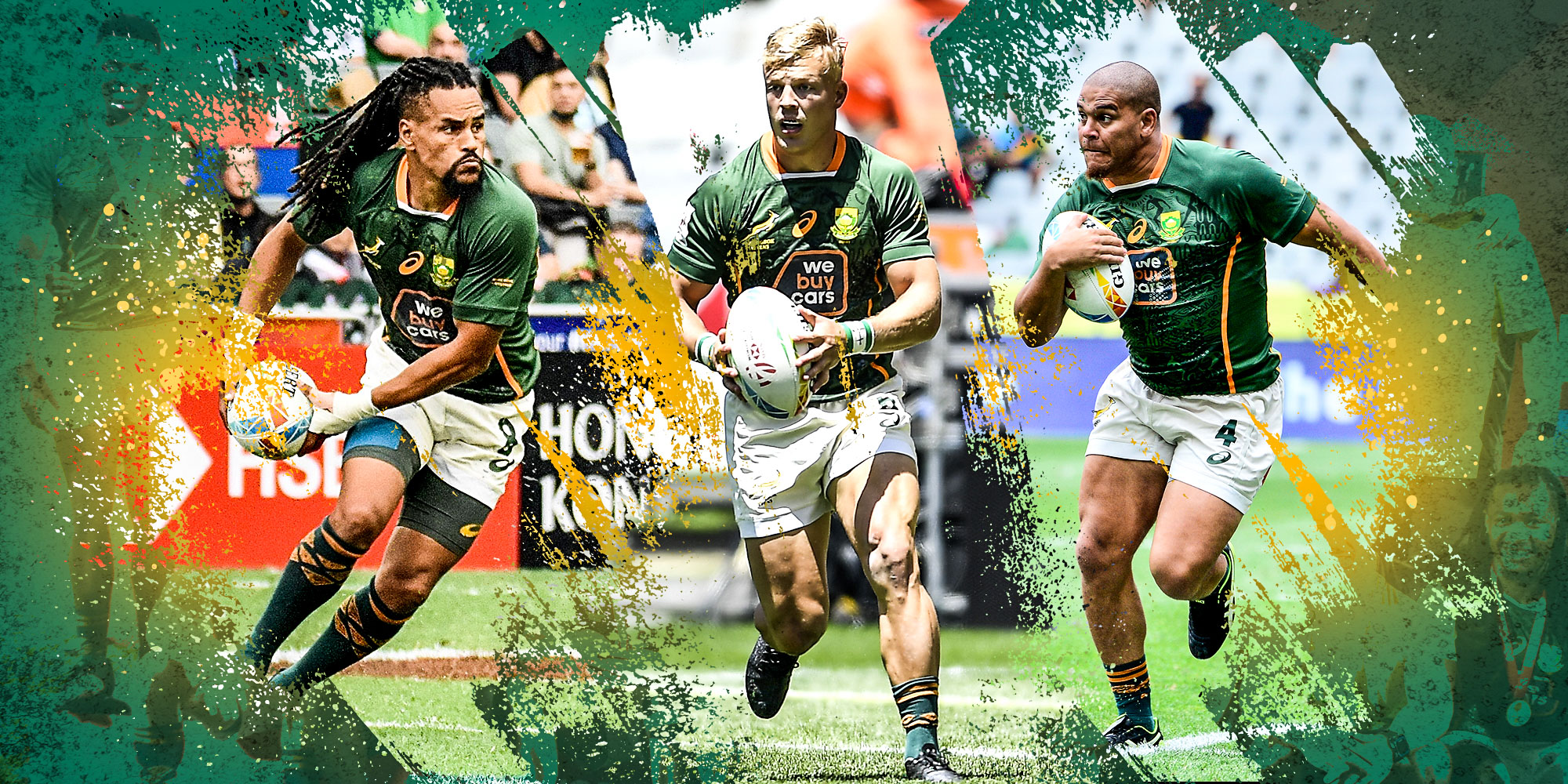 “Our most sincere gratitude also goes out to every player, coach, administrator, referee, sponsor and all other significant role players for playing their part in making the 2022 season one for the ages.

“Next year the Boks will be defending the Webb Ellis Cup at the Rugby World Cup in France, our other national teams will again have full schedules and our franchises will be continuing their participation in the Northern Hemisphere in the Vodacom URC, Heineken Champions Cup and EPCR Challenge Cup, while the local season will also be jam-packed yet again.”

Like last season, when Evan Roos of the DHL Stormers walked away with the honours, the award for the Player of the Vodacom United Rugby Championship will be made at the conclusion of the competition next year.

The nominees are (in alphabetical order):

Border has been restored to full membership of the South African Rugby Union following an extended period of administrative control by the mother body.

Plenty to ponder after first foray into Europe

With one exception, it was all new for the South African teams making their debuts in the Heineken Champions Cup and the EPCR Challenge Cup this past weekend, but it may have been the games featuring the overseas teams that told us more about what to expect.

Sink or swim: A journey of hard justice

Catastrophe on the rugby field meant Alwyn Nel had to overcome extreme trials and tribulations to earn his place in the justice system as a Candidate Legal Practitioner.

Ngcobo happy to remain top of the standings

Springbok Sevens coach Sandile Ngcobo expressed his satisfaction with the Blitzboks still topping the HSBC World Rugby Sevens Series standings with three tournaments done in the 2023 season, despite a fourth-place finish at the HSBC Cape Town Sevens on the weekend.

The five South African teams that made their debuts in the Heineken Champions Cup and EPCR Challenge Cup on Saturday got a pass mark on the opening weekend of the two European competitions, with the Cell C Sharks, Vodacom Bulls, and Toyota Cheetahs kicking their campaigns off on winning notes, while the Emirates Lions played to a draw and the DHL Stormers suffered a disappointing away defeat.

South Africa’s most-capped Springbok Sevens player, Branco du Preez, has retired from international sevens rugby and will leave the Blitzboks with a bouquet of career records, gold medals and highlights.

The Cell C Sharks recovered from a shaky first half to power to a tense 19-16 win over Union Bordeaux-Bègles in their Heineken Champions Cup clash on a freezing Friday night at Stade Chaban-Delmas.

The Emirates Lions recorded their first win of the European Challenge Cup when they outplayed Stade Francais 30-12 in Johannesburg on Friday evening, the home side scoring four tries to two for a convincing victory to continue with their good form after the international break.

Stormers bounce back with superb victory

The DHL Stormers registered their first Heineken Champions Cup win with a superb 34-14 victory over London Irish in a second round clash at the DHL Stadium in Cape Town on Saturday evening.

An understrength Vodacom Bulls team were blown away 44-14 by the Exeter Chiefs in their Heineken Champions Cup encounter at Sandy Park on Saturday afternoon.

Border has been restored to full membership of the South African Rugby Union following an extended period of administrative control by the mother body.

South Africa’s most-capped Springbok Sevens player, Branco du Preez, has retired from international sevens rugby and will leave the Blitzboks with a bouquet of career records, gold medals and highlights.