In naming the 16 players to join the Green and Gold squads in Cape Town, Rassie Erasmus (Director of Rugby) said the decision was made to give the youngsters the opportunity to get a taste of the Springbok environment and learn from experienced Test players, while it also afforded the national coaches the opportunity to gain insight into some of the top emerging talent in the country.

“These youngsters have had their year completely disrupted by the pandemic,” said Erasmus. “But we have not stopped tracking them or planning for their future and they will find out that we have a road map already prepared for their further development.”

Due to injuries and other reasons, three of the 16 were even named in the respective match-day squads for Saturday’s Castle Lager Springbok Showdown – Kwenzo Blose (prop), JJ van der Mescht (lock) and Kade Wolhuter (utility back), who was still in matric at Paul Roos Gymnasium in Stellenbosch last year.

Unfortunately, Mnombo Zwelendaba (utility back) missed out on a playing opportunity due to injury, while the other 12 had a great opportunity to rub shoulders with experienced Springboks, as well as a number of guys who have successfully progressed from the Junior Boks to the senior ranks. 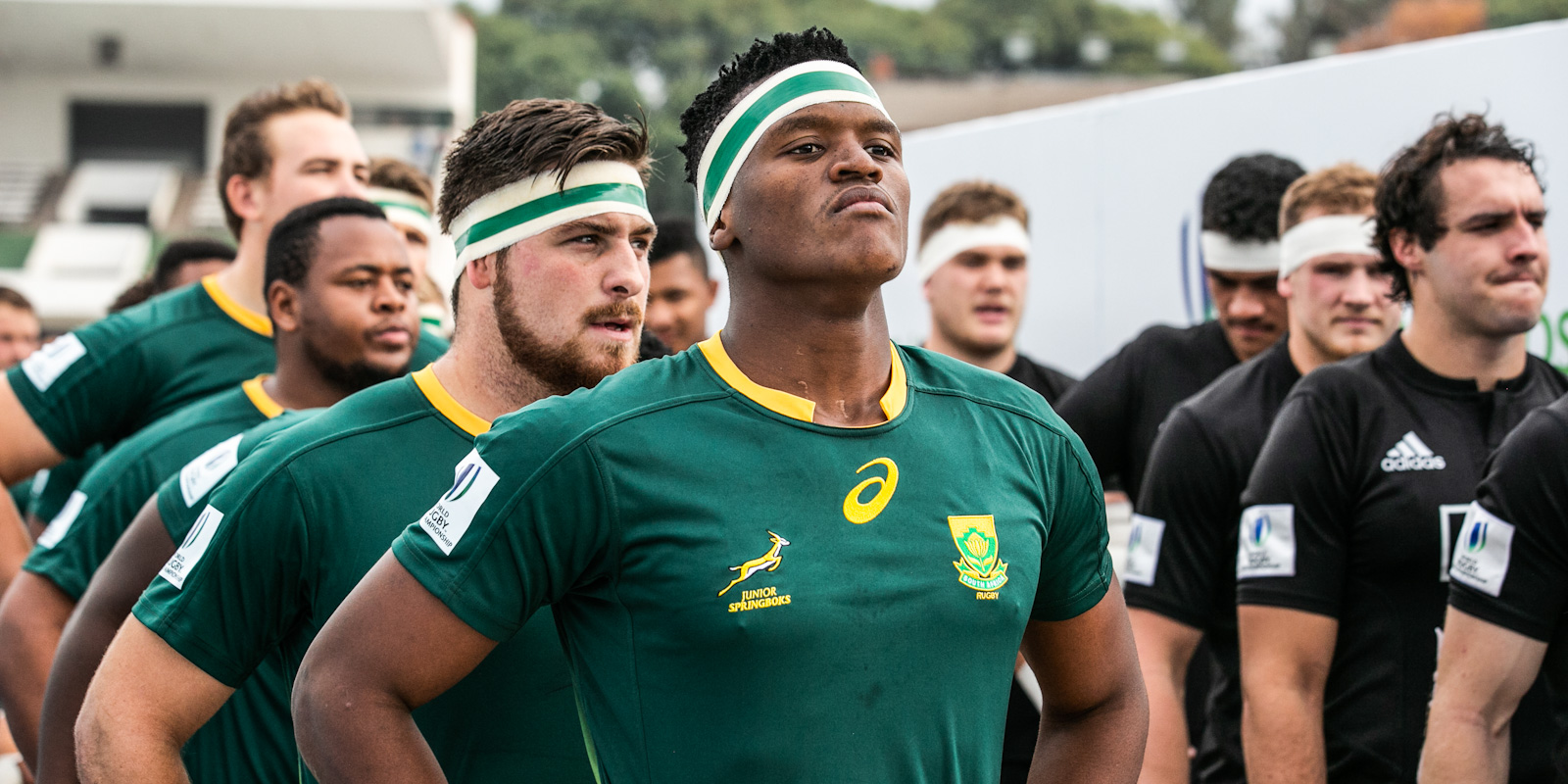 Phepsi Buthelezi is ready to lead the Junior Boks against NZ U20.

Phepsi Buthelezi, last year’s Junior Springbok captain, could hardly hide his excitement about the week he had Cape Town.

“What an amazing week it had been – rubbing shoulders with some of the Rugby World Cup winners such as Siya Kolisi, Duane Vermeulen and Frans Steyn,” said Buthelezi, who played Currie Cup rugby for the Cell C Sharks last year.

“It has been really good for me as a player – I learnt so much in a short space of time and there is so much I will take away from this week, going back to my union and trying to improve my game.

“Also, working with all the Springbok coaches was amazing for me – to see how they do things at the Boks and how they prepare for games. I’m really grateful for the opportunity and hopefully I can return one day.” 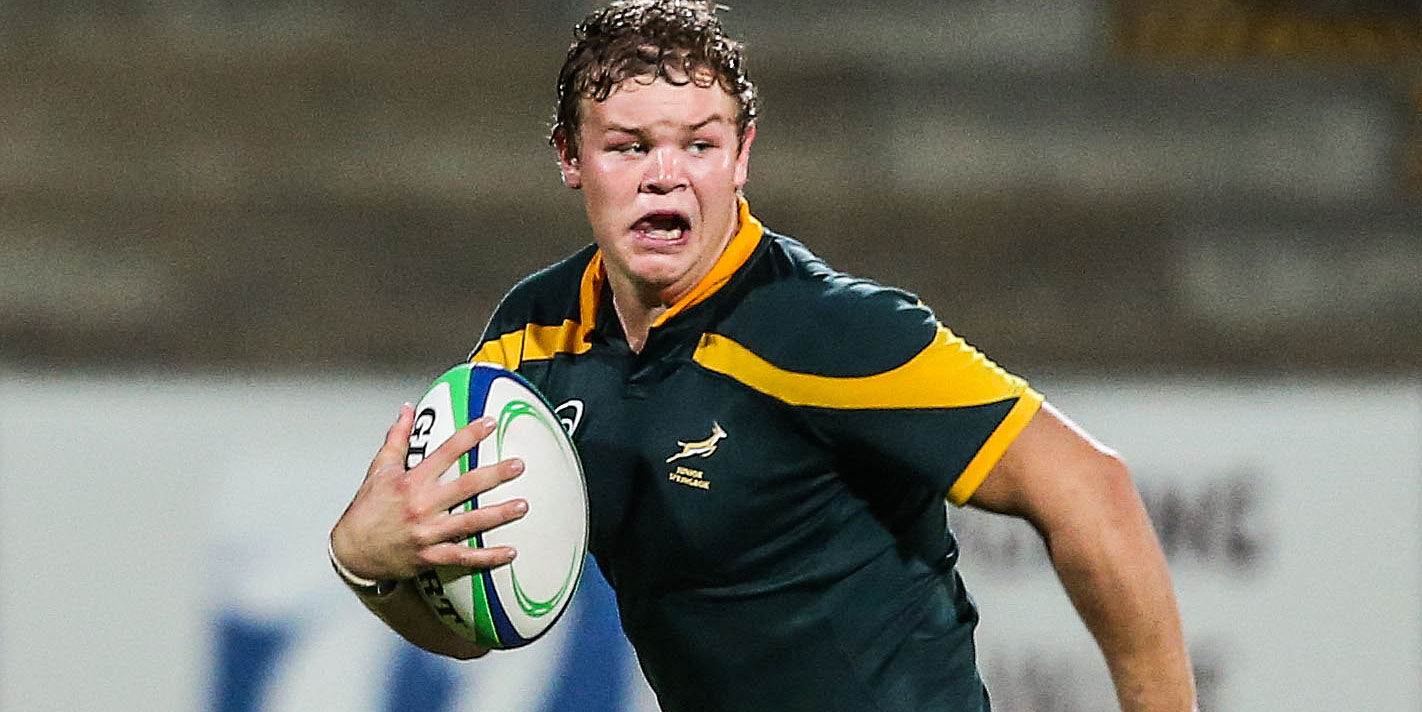 Muller Uys on the charge for the Junior Boks.

Uys, a star for the Junior Boks in 2018 who made his Vodacom Super Rugby debut for the Vodacom Bulls earlier this year, was equally excited about the week in Cape Town.

“I learnt a lot this week,” said Uys.

“It was very special getting a taste of the Springbok environment and for me as a youngster, it’s something I will never forget.

“Working with some of the Rugby World Cup winners was really nice and they helped me a lot. To learn from them, see how they do things, being around them and working together was great for us youngsters.”

SA Rugby and FNB confirmed on Tuesday that the South African banking giant has extended its sponsorship of the Springbok...

Education and rugby are two of Laurian Johannes-Haupt’s major passions in life. So, it should come as little surprise that she is planning to use her latest coaching opportunity to benefit future generations of female coaches in South Africa.

On an otherwise ordinary Tuesday, a truck rolled into the bustling township streets of Alexandra in Gauteng. Hundreds of kilometres away, a truck also arrived on the dirt roads of Mount Frere in the rural Eastern Cape. And this is where this particular Tuesday stopped being ordinary.

Siya Kolisi kept his winning streak with the national team intact when the Springbok Green team – captained by the World Cup winning flanker – outplayed their Springbok Gold counterparts by 25-9 in the Castle Lager Springbok Showdown at DHL Newlands on Saturday.

Springbok Green turned on Test-style rugby to come away with a 25-9 victory and bragging rights over Springbok Gold in the Castle Lager Springbok Showdown as South African rugby took another step back to full competitive play with a second, post lockdown run out.

On 4 November 2019, the Springboks all but secured their place in the Rugby World Cup quarter-finals in Japan with an emphatic 49-3 victory over Italy in Fukuroi. Relive the action here!

Gallery: All the action from the Castle Lager Springbok Showdown

An empty DHL Newlands played host to the first Castle Lager Springbok Showdown, where 50 of the best local players were in action as the 2020 season started to pick up steam after a six month COVID-19 break. All pictures from Gallo Images.

Drama galore in opening round of SA Rugby U21 Championship

Toyota Free State recorded a dramatic 31-30 victory in the final play of their match over the Xerox Lions at Emirates Airline Park on Sunday to start their SA Rugby Under-21 Championship on a high, whilst defending champions, the Vodacom Blue Bulls, used their pack of forwards to subdue DHL Western Province in a 36-25 win, scoring six tries in the process.

Siya Kolisi kept his winning streak with the national team intact when the Springbok Green team – captained by the World Cup winning flanker – outplayed their Springbok Gold counterparts by 25-9 in the Castle Lager Springbok Showdown at DHL Newlands on Saturday.