The ‘Unstoppables’ is the second phase of World Rugby’s ‘Try and Stop Us’ women’s rugby campaign, which was launched in 2019 with the objective of lifting the profile of women’s rugby, and attracting new fans, players and investors to the game.

Mpupha was born in the small Eastern Cape location on Christmas day, 25 December 1993, and although her family had to make the most of the resources they had as her mother Nomatheko Mpupha was employed as a cashier while she was growing up, this did not stop her from making a big success of her life.

Interestingly rugby was non-existent in her township – as cricket was the sport of choice – and there were no rugby facilities to speak of, yet she carved a noteworthy life for herself through the sport. 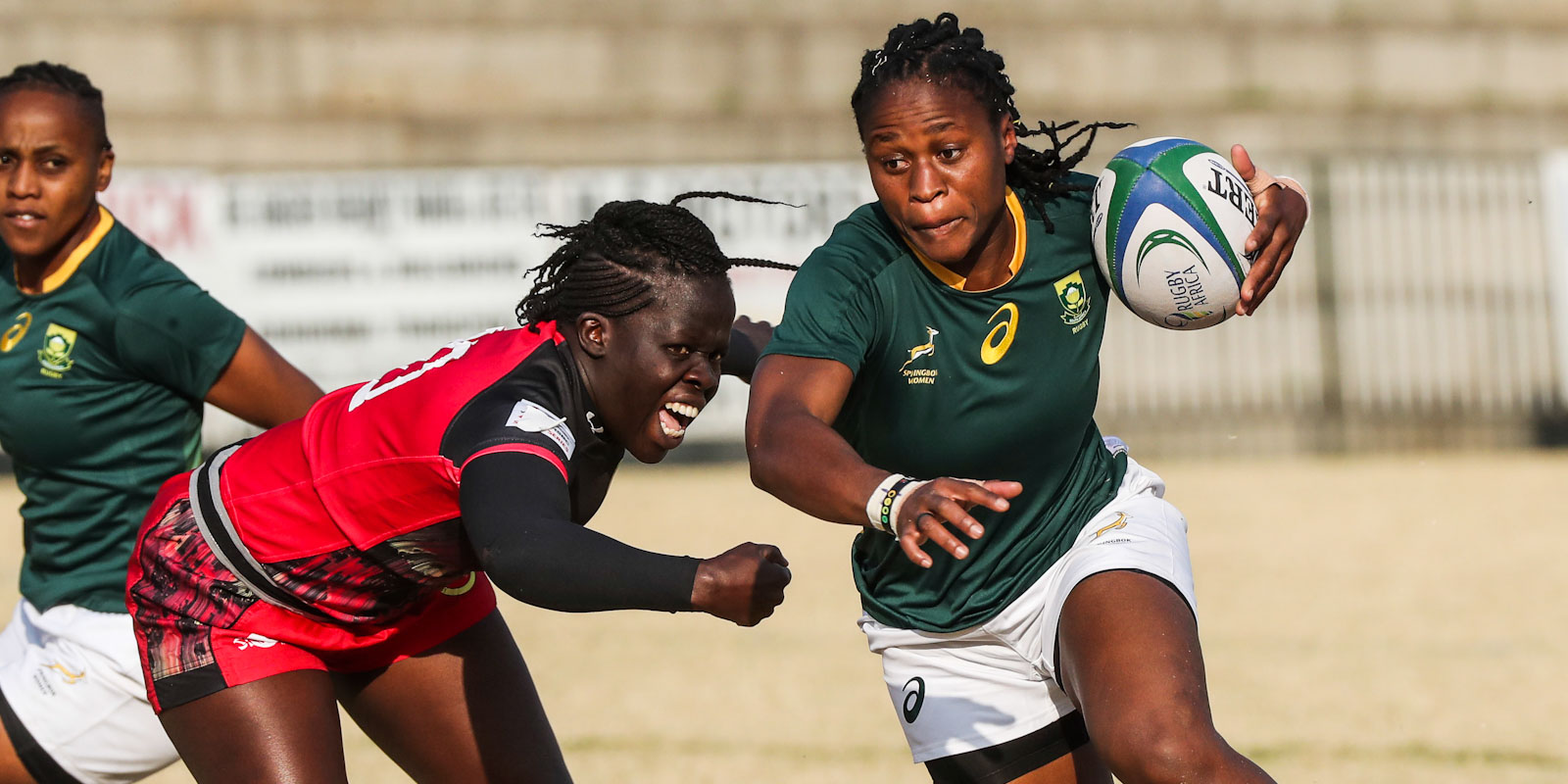 Mpupha in action in the RWC Qualifiers in 2019.

“Thanks to the sport, I am independent and able to offer my family the support they need.

“Every opportunity I receive in rugby deepens my passion for sport, opens my eyes wider and enables me to create more goals and seek more opportunities, so I make sure I grab it with both hands and ensure that it is meaningful.

“Playing for Springbok Women and representing my country is a dream come true and an honour, but most importantly it has allowed me to create hope and showcase the opportunities out there for young girls who would like to become Springboks one day.

“Every time I take the field I give my best because I believe that by putting women’s rugby on the map the young girls in the country may receive more opportunities in future and will also realise their hopes and dreams.”

Unlike like most of her team-mates who chose to play rugby from the outset, Mpupha almost stumbled onto the oval ball after establishing herself as an astute cricketer for the Border women’s team and the Cricket South Africa Under-19 women’s teams in 2009 and 2011, and she later had to choose her sport of choice.

“As much as I love cricket, my passion for rugby developed much faster, and I ended up choosing rugby,” said the Human Movement Sciences graduate and Psychology student.

Mpupha at a schools visit with Springbok scrumhalf Herschel Jantjies.

“In fact, that was one of the biggest decisions I had to make in my life.

“The biggest challenge has probably been the fact that after waiting two years to advance to the women’s Under-20 structures there was a long wait until 2017 to play for the Springbok Women’s Sevens team, while I only made my Springbok Women’s debut in 2018. But it was certainly worth the wait and the tough times along the way.”

“Mandisa has played a huge role in my career – She has been a team-mate, sister, mother figure and coach during my time at Border, and I always looked up to her because of the passion she has for women’s rugby,” said Mpupha.

“Skwiri on the other hand was one of the best coaches I ever had. He made me the strong person I am today because he always pushed me to the limit, and thanks to his guidance I am reaping the rewards today.” 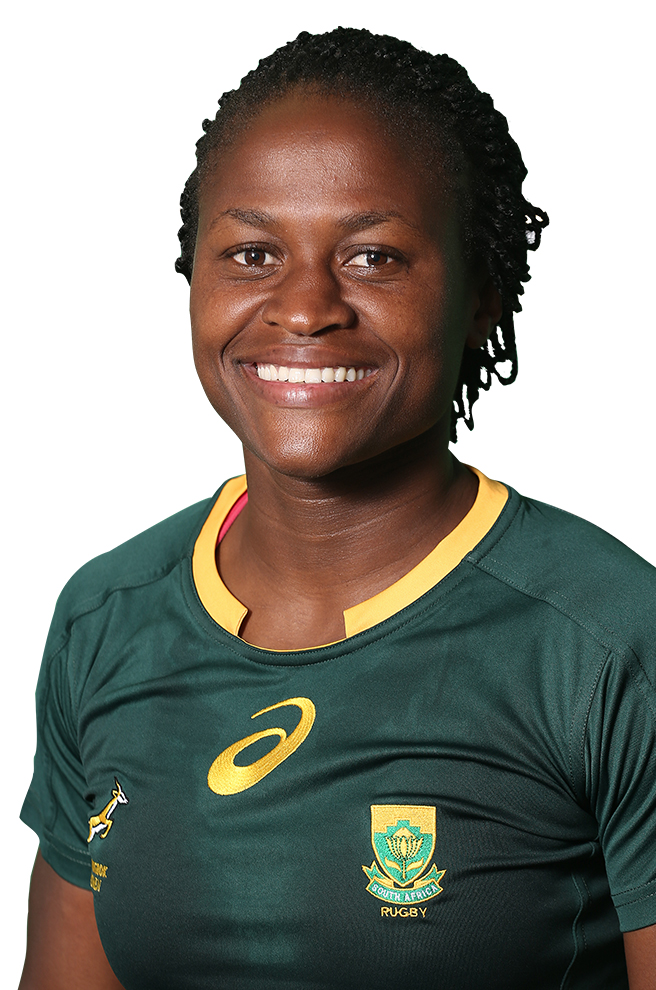 Main interests outside of rugby: Outdoor activities such as hiking and going to the beach.

Career highlight: Scoring a try on debut for the Springbok Women’s Sevens in Amsterdam.

What makes you Unstoppable: Inspiring the young girls out there who look up to women in rugby and would like to become rugby players one day.

Vodacom Blue Bulls qualify for U21 Final after 10-try romp

The Vodacom Blue Bulls were in rampant form as they scored 10 tries to book their spot in the SA Rugby Under-21 Championship Final with an impressive 72-26 win over the Cell C Sharks at Emirates Airline Park on Sunday.

There are three changes to the DHL Stormers starting line-up for their Vodacom Super Rugby Unlocked encounter against the Phakisa Pumas in Nelspruit on Friday.

Kriel to lead Emirates Lions in place of injured Jantjies

The Emirates Lions were dealt a big blow in the build-up to their Vodacom Super Rugby Unlocked match against the Toyota Cheetahs in Johannesburg when regular skipper Elton Jantjies was forced to withdraw with a calf injury he sustained in training earlier in the week.