The Springboks are bracing themselves for another challenging outing against the Wallabies in the Castle Lager Rugby Championship on Saturday, and the players are ready to show their fighting spirit in Brisbane after last weekend’s defeat against Australia.

Wallaby flyhalf Quade Cooper kicked a penalty goal after the hooter to hand his team a 28-26 victory in Gold Coast last Sunday, and Kwagga Smith said while the Boks were under no illusions about the challenge this weekend, they were determined to bounce back strongly.

“We felt disappointed after last week’s game – we could have closed it out in the end, but we let the opportunity slip,” said Smith.

“We had other opportunities in the match too, but there are a few things that let us down. That said, we are ready for this week, we know it’s going to be challenging, but we like it tough, and we are looking forward to what lies ahead.”

Trevor Nyakane, who will start at loosehead prop on Saturday, said the defeat, and especially the scrum penalties they conceded, had “hurt” the Bok pack, are that they need to come back stronger at the Suncorp Stadium.

“It hurt us as a pack – it doesn’t matter where or how it happens, for us, we always scrum to be dominant,” said Nyakane.

“Whether that’s a scrum on the halfway line or our own five-metre line, we always strive to be dominant and get 100% scrums. It was tough to see that.

“We as a team know we have to come back, look at those pictures and try to understand what happened. We have looked at those images and it’s deep in our hearts; it’s sore, it’s buried in the back of our minds.

“We know what they are capable of. We know that they will come at us much harder than they did last week, so we are prepared for that. We know it’s not just going to be a walkover. We always say we need to start with momentum and end with momentum. That applies to the set piece. We will be doing all we can to be as dominant as we can.” 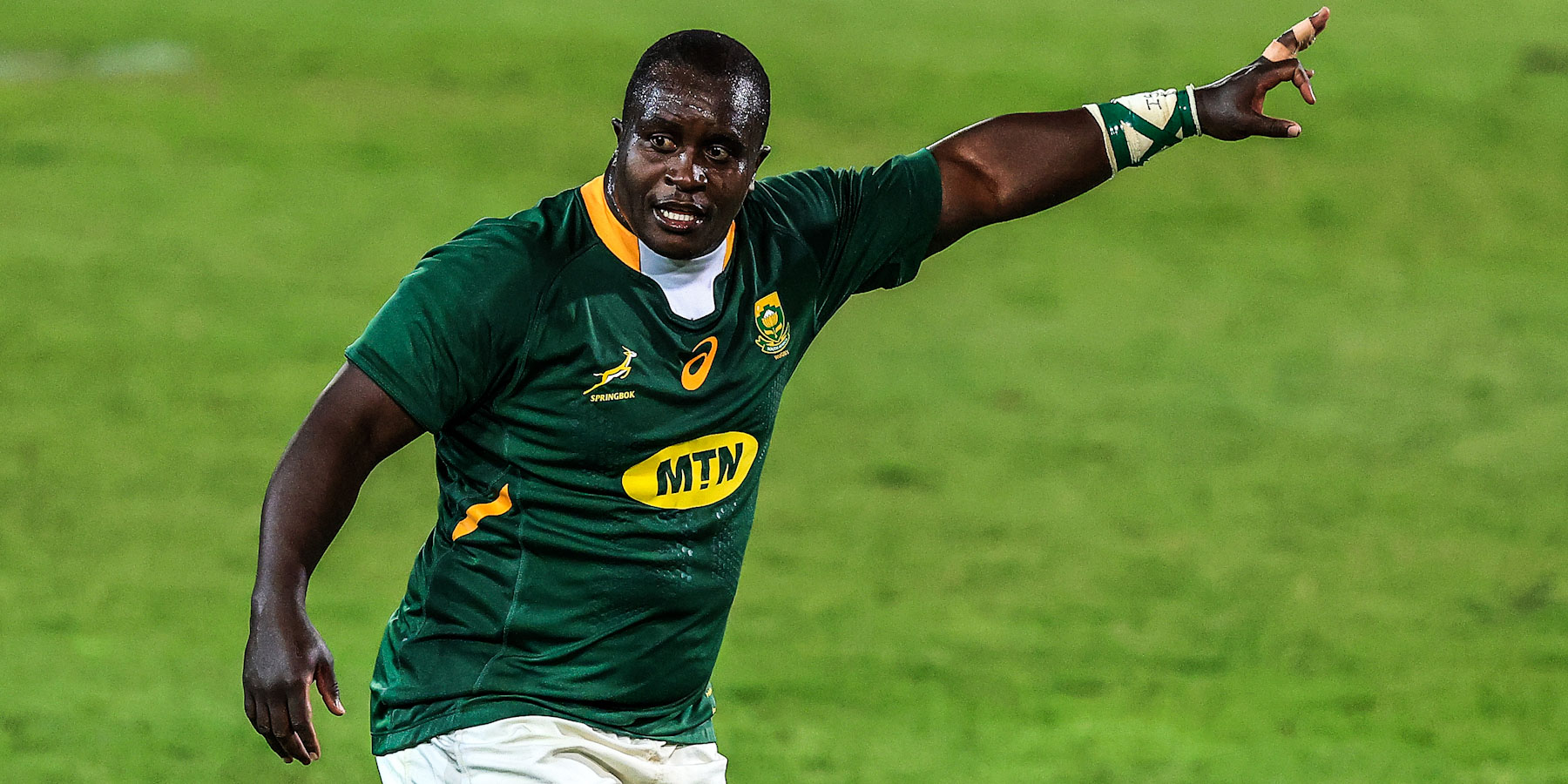 Trevor Nyakane is back at loosehead prop for Saturday's Test in Brisbane.

While the Boks did well in the set pieces, they were not flawless – South Africa won 83% of their scrums and 92.3% of their lineouts – and that is another area where Nyakane feels they can do better.

“Look, the set piece is always something we are trying to improve on,” Nyakane said.

“We can’t point out any single person and say that person did this wrong. It’s the whole group, it’s the whole pack that’s on the field. We have worked really hard this week, so we are looking forward to this challenge. It’s going to be a battle, but we like it tough. We will go hard at them but we know they will also do the same.”

With the bench again containing six forwards, three of whom are loose forwards, Smith expected the Bok replacements to play a key role in the latter stages of the match and said: “Our job remains the same, and that is to bring energy into the forward pack because we are a few loose forwards among the replacements.

“This allows the players starting to give everything knowing that we can come on and maintain that energy and ensure that everything is functioning, as well as to work hard on our defensive structure.”

With another enthusiastic crowed expected at the Suncorp Stadium on Saturday, Smith admitted that while it was a different experience for the players after playing in empty stadiums for the last season in South Africa, it was something to look forward to.

“It’s almost strange to say we have to adapt to playing in front of fans because we are not used to that anymore,” said Smith.

“But it was exciting. There were a few South Africans in the crowd as well, which was good for the team and the players, and we are looking forward to experiencing that this weekend again.”

When quizzed about the possibility of playing in the backline if the need arose given the fact that there were only two backs amongst the replacements, Smith said while it was unlikely, he would be able to rise to the challenge.

“[Playing in the backline] would probably be a last resort if something big happens in the game, but if I had to, I’d probably be able to cover wing or centre,” said the former Blitzbok star.

“In fact, I made my Carling Currie Cup debut on the wing. With this team, if I had to slot into the backline, they would probably make it easy for me.”

The Springboks had Thursday off to rest after two hard days of training and will return to the field on Friday for their captains run to put the final building blocks in place for Saturday’s showdown, which kicks off at 17h05 (09h05 SA time).

Fourteen-man South Africa produced a commanding performance at Twickenham to end the Castle Lager Outgoing tour on a hig...

Springbok coach Jacques Nienaber and captain Siya Kolisi praised the team for their brave effort to earn their first win...

Nienaber opts for continuity in selection

Springbok coach Jacques Nienaber opted for continuity in selection for their Castle Lager Rugby Championship clash against Australia in Brisbane on Saturday, making only three changes to his matchday squad – one of which was enforced – as the Boks aim to bounce back from last weekend’s defeat to the Wallabies.

Vodacom dials in as North and South collide for URC

The bold new world of the United Rugby Championship will fly under the banner of Vodacom following the announcement today that the African communications giant has dialled in as South African title sponsor for the new tournament for the next four years.

When Muller du Plessis left the field at BC Place in Vancouver on 9 March 2020, the Springbok Sevens outside back had no idea what was about to hit the world, world sports and indeed, the HSBC World Rugby Sevens Series.

The Springboks know what they have to do to fight back from their defeat against the Wallabies when the sides meet for the second time in the Castle Lager Rugby Championship in Brisbane on Saturday.

Springbok lock Nicolaas Janse van Rensburg will miss the remainder Castle Lager Rugby Championship after being forced to withdraw from the squad due to personal reasons.

The Vodacom Bulls will be jetting out on Saturday to begin a four-week tour that will start in Ireland, continue to Wales and end in Scotland for their opening fixtures of the Vodacom United Rugby Championship.

Sharks name squad of 34 for URC trip to Europe

The Cell C Sharks depart for the first month’s Vodacom United Rugby Championship action with a 34-man squad to play in four successive matches in Ireland, Scotland and Wales beginning next Saturday.

SA Rugby announced on Friday that Dove Men+Care, the official male grooming partner of the Springboks and SA Rugby, had returned as a partner to the national governing body for the next year.

Nienaber opts for continuity in selection

Springbok coach Jacques Nienaber opted for continuity in selection for their Castle Lager Rugby Championship clash against Australia in Brisbane on Saturday, making only three changes to his matchday squad – one of which was enforced – as the Boks aim to bounce back from last weekend’s defeat to the Wallabies.