The Springboks will play three Test matches on the tour – against Wales in Cardiff (6 November), Scotland in Edinburgh (13 November), and England in London (20 November).

Moerat is the only newcomer in Nienaber’s squad that featured in the Castle Lager Lions Series and Castle Lager Rugby Championship and he will join forces with Eben Etzebeth, Lood de Jager, Franco Mostert and Marvin Orie in a strong group of second rowers.

The only other uncapped player in the squad is scrumhalf Grant Williams, who travelled to Australia with the Boks for the Castle Lager Rugby Championship. 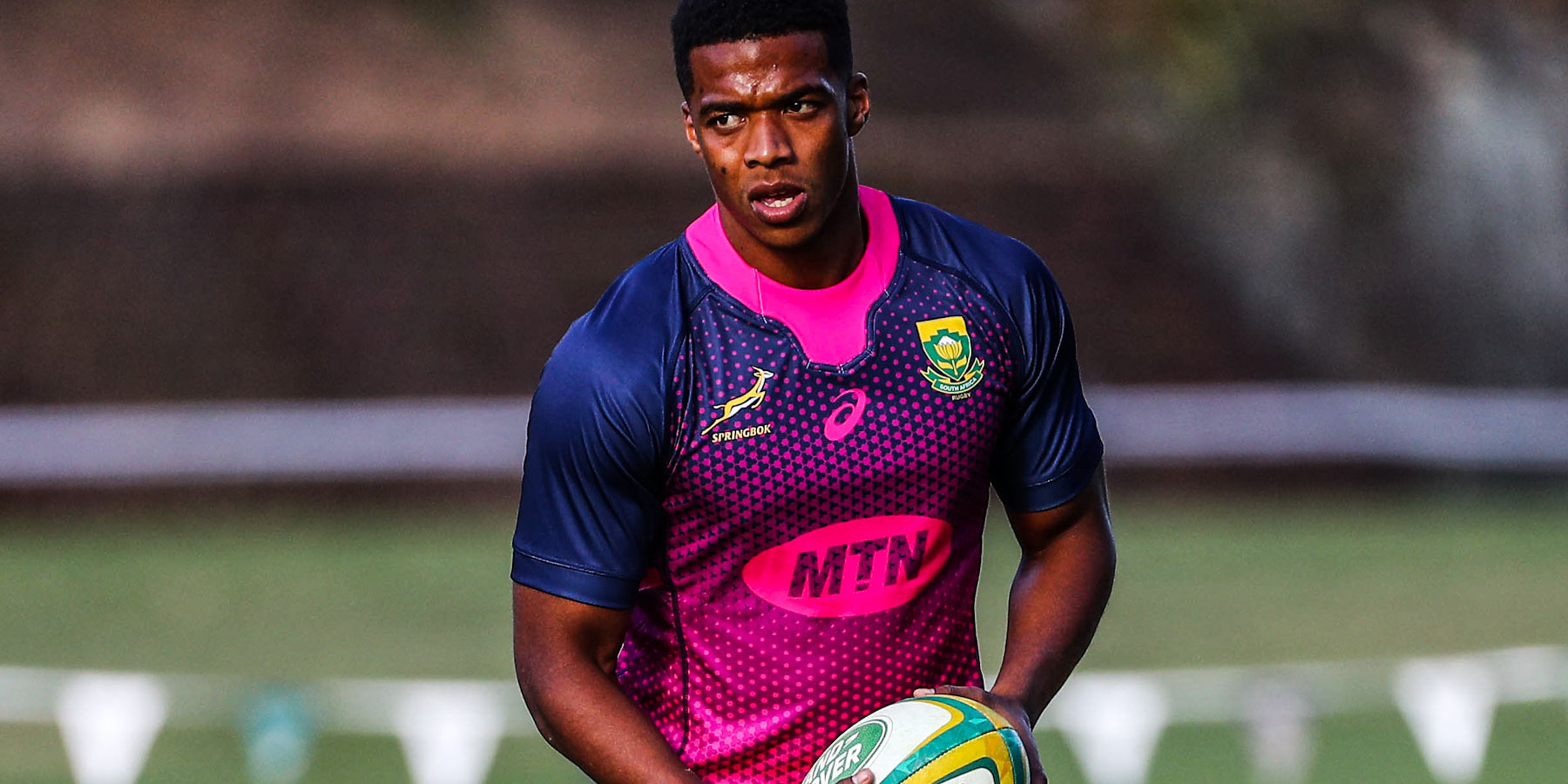 Other players not considered for selection include Pieter-Steph du Toit and Rynhardt Elstadt, who are recovering from shoulder and an ankle injury respectively.

The squad consist of 18 forwards and 14 backs.

“This tour is going to be exciting yet challenging,” said Nienaber.

“The core group of players who played a key role in the series against the British & Irish Lions, as well as the Castle Lager Rugby Championship will remain together as we build consistency and continuity in our squad with an eye on the 2023 Rugby World Cup.

“We had to travel to Australia with an expanded squad due the strict COVID-19 protocols in the country, but with the easing of travel restrictions to Europe and the UK, we were able to revert to a more manageable touring squad. 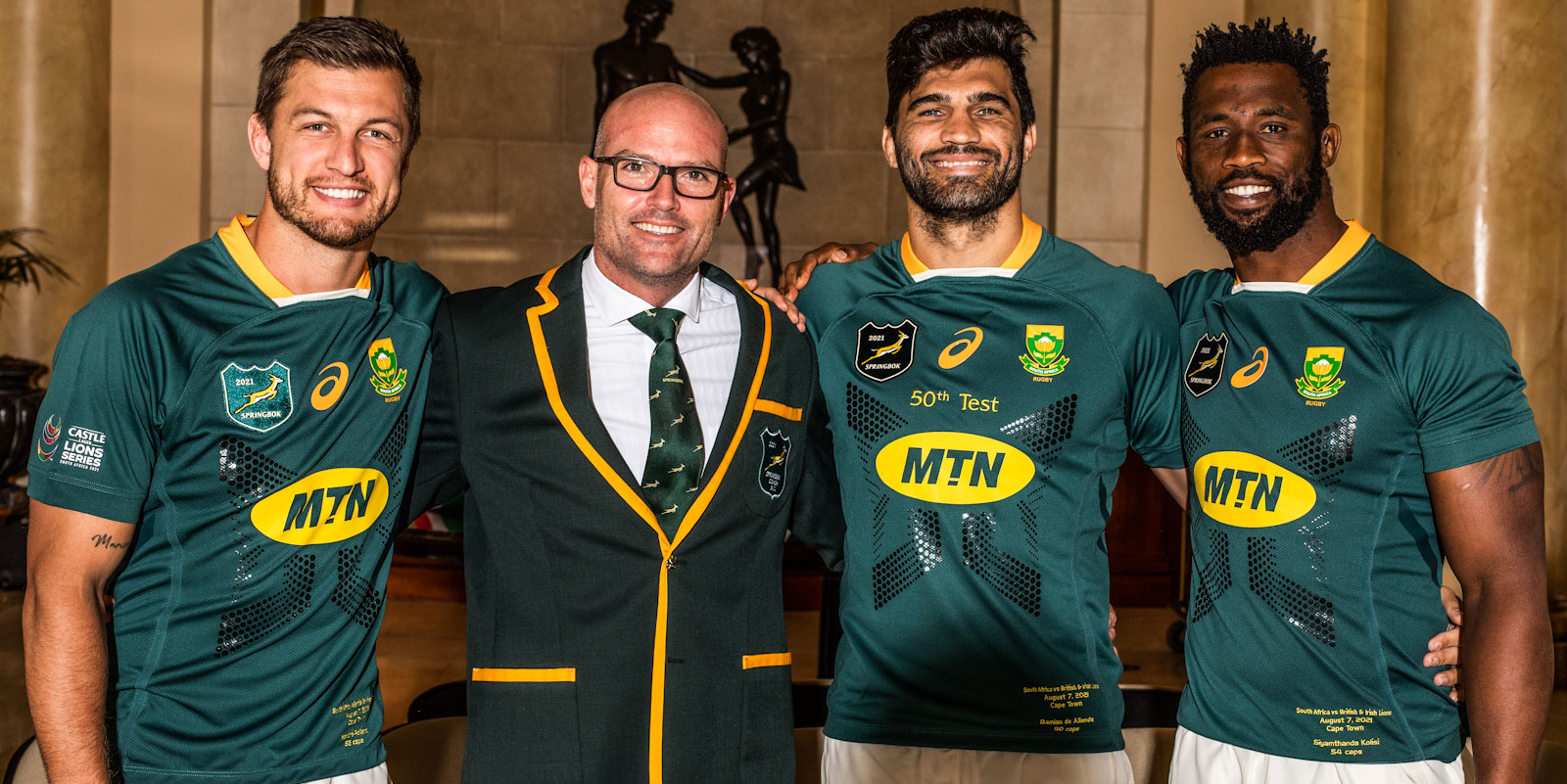 “We are two years out from the Rugby World Cup in France, and we have close to 20 Test matches before we start our defence of the title, so every match will count in terms of building confidence and consistency as a group.

“A number of players have put up their hands in the Carling Currie Cup and the first four rounds of the Vodacom United Rugby Championship, which is great for our local game, and while they remain on our radar, we’ve decided to stick with the core of our 2021 squad for this tour.”

Nienaber was delighted to call up Moerat, who has been serving as the DHL Stormers’ co-captain on their Vodacom United Rugby Championship tour in recent weeks and said the lock’s experience and leadership qualities would be valuable as he makes the step up to the Springbok team.

“Salmaan has established himself as a talented lock and captain since his younger days in our junior structures and he has continued to show his class at senior level for the DHL Stormers and DHL Western Province,” said Nienaber. 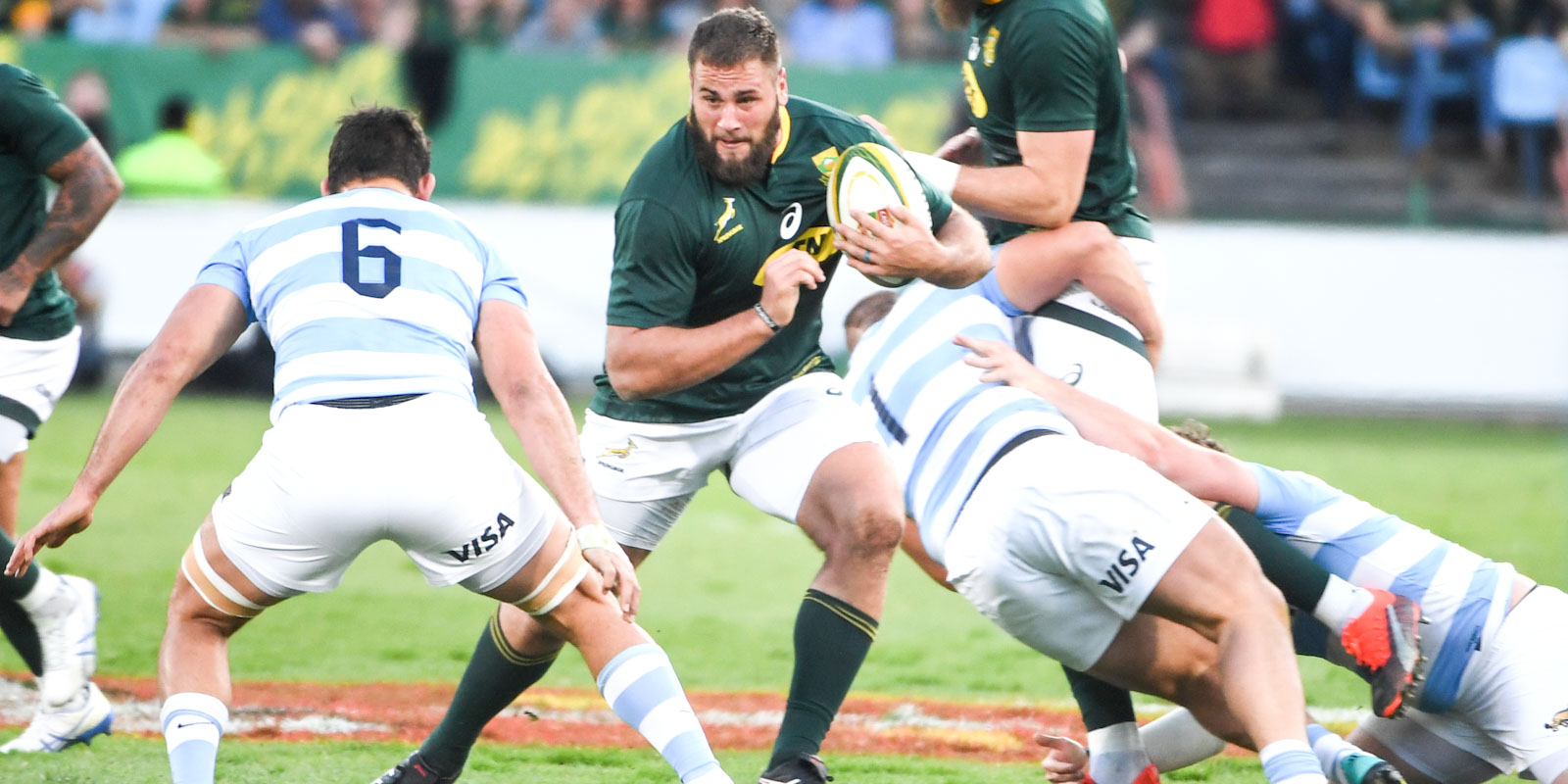 Thomas du Toit is back in the squad after missing the tour to Australia.

“His call-up is well earned, and we are looking forward to witnessing what he adds to the squad. He is also familiar with most of the players in the squad having either played with them or against them, so we have no doubt he will slot in with ease.”

Nienaber expected tough competition on the tour and said: “We have built a good base this season after our series victory against the British & Irish Lions and victories against the All Blacks, Argentina and Georgia, although we were disappointed that the results did not go our way in the other three Tests in Australia (in the Castle Lager Rugby Championship).

“Obviously this will be a completely different challenge to that we faced in South Africa and Australia earlier this year with the vastly different conditions and in terms of the teams we will face, but fortunately we got a taste of what to expect from the northern hemisphere sides in the Castle Lager Lions Series.

“England is in fourth place on the world rankings, and Scotland and Wales are in seventh and ninth place respectively, and they are all top-class teams that will want to make a strong statement in front of their home crowds, so we need to get into the swing of things quickly when we assemble,” the Springbok coach added. 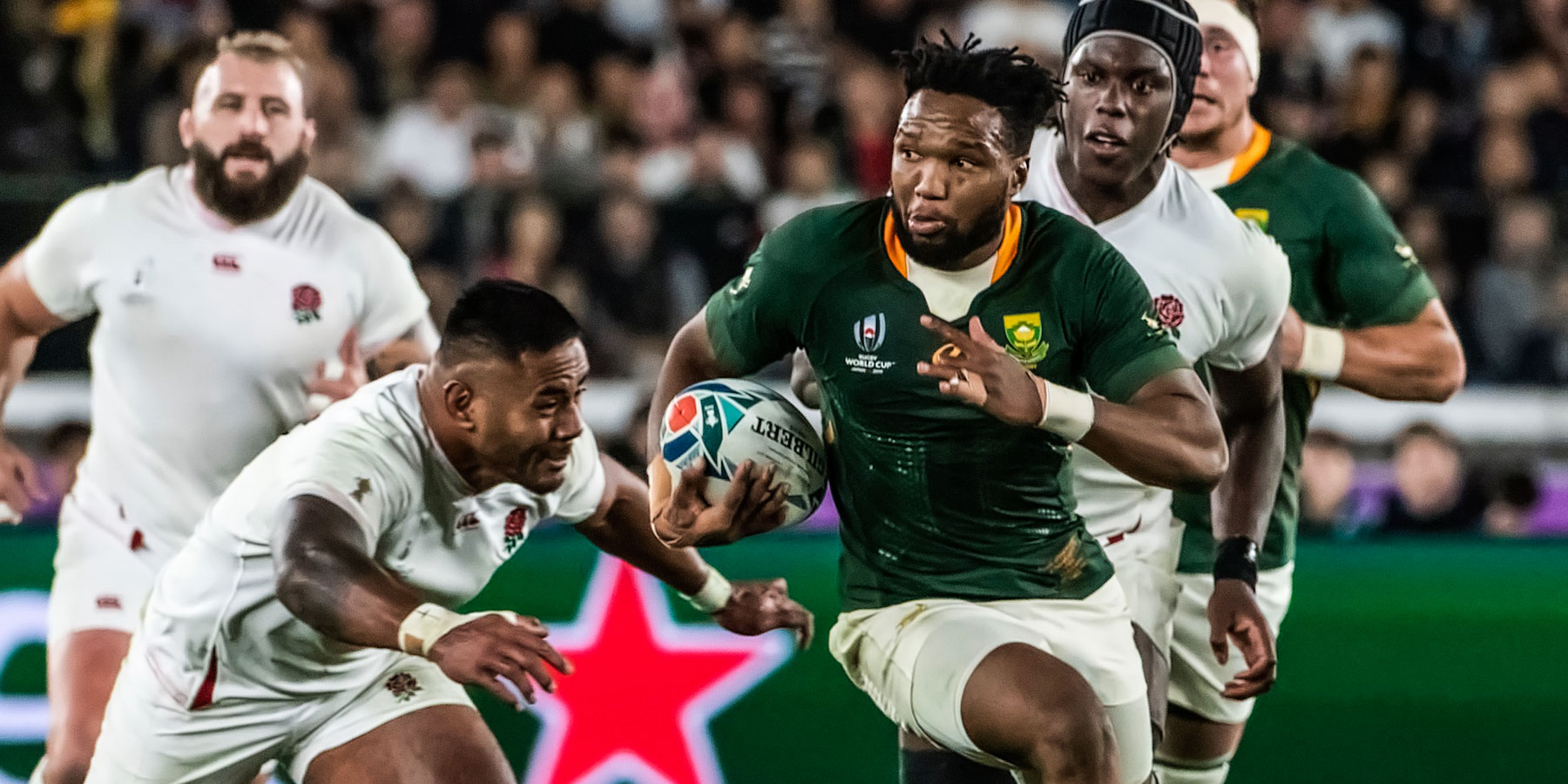 Lukhanyo Am in action against England in the RWC final in 2019.

The Springboks will depart for a one-week training camp in France on Friday before making the journey to Cardiff for their opening Test.

SA Rugby and Rassie Erasmus wish to apologise to the match officials appointed to the first Test of the Springboks’ Seri...

De Allende: “Springboks are on the right track”...

Springbok centre Damian de Allende believes South Africa are on the right track in terms of where they would like to be ...

England scored a hard-fought 27-26 win over the Springboks at Twickenham on Saturday to dash the South Africans’ hopes o...

Springbok coach Jacques Nienaber said his team will come back stronger in 2022 after ending the year with a “spanner in ...

Stormers fly SA flag on final weekend in the north

The tough nature of the Vodacom United Rugby Championship was again underlined on the weekend where only the DHL Stormers managed a victory for the four South African franchises taking on the best of Ireland, Italy, Scotland and Wales.

Brave Cell C Sharks run out of time in Cardiff

Cardiff got some form of revenge after their defeat last weekend when they beat the Cell C Sharks by 23-17 (half-time 17-10) in a tense Vodacom United Rugby Championship clash at Cardiff Arms Park on Saturday night.

The Vodacom Bulls subsided to a 17-10 (halftime 10-3) defeat to Edinburgh in the Vodacom Untied Rugby Championship on Saturday as they were unable to recapture the authority of their previous round win over Cardiff.

South Africa is well represented on the match official panels for the November internationals – where AJ Jacobs will be making his Test debut – and the two Dubai Sevens tournaments, while the referees for the Springboks’ three matches in the UK were also announced by World Rugby on Friday.

A double round of home matches is next on the menu for the South African teams in the Vodacom United Rugby Championship and it is going to be interesting to see how they apply the lessons learned from the initial four match tours that went off with mixed success.