The calm-and-collected flyhalf, who racked up 68 Test caps and 742 points since making his Test debut in 2009 – brought down the curtain on his international career in a similarly dramatic fashion to that which he kick-started it – with a Castle Lager Lions Series victory – after earning his first call-up to the national team since 2016 earlier this season.

Steyn’s heroics saw him kick the winning penalty goal in the second Test against the British & Irish Lions in 2009, and he produced the same magic in third Test in 2021 off the replacements bench at 37 years old, among a number of other career highlights.

“Morné has been a great servant to the game in South Africa,” said Nienaber.

“He wrote history in terms of the British & Irish Lions and he has been a great guy to work with.

“He won the Castle Lager Lions Series twice, and the manner in which he did it speaks volume for his on-field abilities. Hats off to him for the magic he created on the field.”

After making his presence felt in the team for the last four months as part of an enlarged Springbok squad which included a three-week conditioning camp in Bloemfontein and a Test against Georgia before the Castle Lager Lions Series and Castle Lager Rugby Championship, Nienaber said his contribution off the field was equally inspiring.

“He was phenomenal in the last few months in the way he contributed to the team, painted pictures for the guys playing (in terms of what to expect from the opposition) and sharing his wisdom with the younger players,” said Nienaber.

“I’ve really gotten to know him well in the last few months and he’s an unbelievable rugby player who really poured his heart and soul into the squad.

“He’s not only a good rugby player, but a fantastic human being.”

While Nienaber would have liked to see Steyn continue to fulfil a role in the team in the next two seasons, he wished him well as he continues his career with the Vodacom Bulls.

“Something that also probably contributed to his decision is that he’s a big family man, and with the COVID-19 pandemic access for his family was not as easy as usual,” said Nienaber.

“We wouldn’t have selected him if we didn’t feel there wasn’t a role he could play up until 2023, but we are all in different stages of our lives, and we respect his decision and wish him well.”

Nienaber was pleased with quality of the flyhalves within his squad with Handré Pollard and Elton Jantjies having established themselves in the position over the years, and who are both Rugby World Cup-winners, but he said they will continue to keep an eye on the emerging talent as the Boks continue to build squad depth with an eye on the 2023 Rugby World Cup.

“At flyhalf, a guy like Handré is still a relatively young flyhalf at 27 years old even though he has played over 50 Tests, and he will be a decent age going into the World Cup, and Elton is 31 years old and will be about 33 then, so we are quite fortunate,” Nienaber said.

“In terms of young flyhalves, there are a couple that are playing at the moment and we are watching their performances, but we selected Morné in the Castle Lager Lions Series and Rugby Championship because we wanted a little more experience.

“With Morné now retired from international rugby there is a spot open for us and we’ll definitely keep on looking.”

The Springboks will depart for France on Friday where they will have a one-week training camp while participating in a number of 2023 Rugby World Cup promotional events.

They will then travel to Cardiff for their opening Test on tour against Wales on Saturday, 6 November, before lining up against Scotland in Edinburgh (13 November) and England in London (20 November). 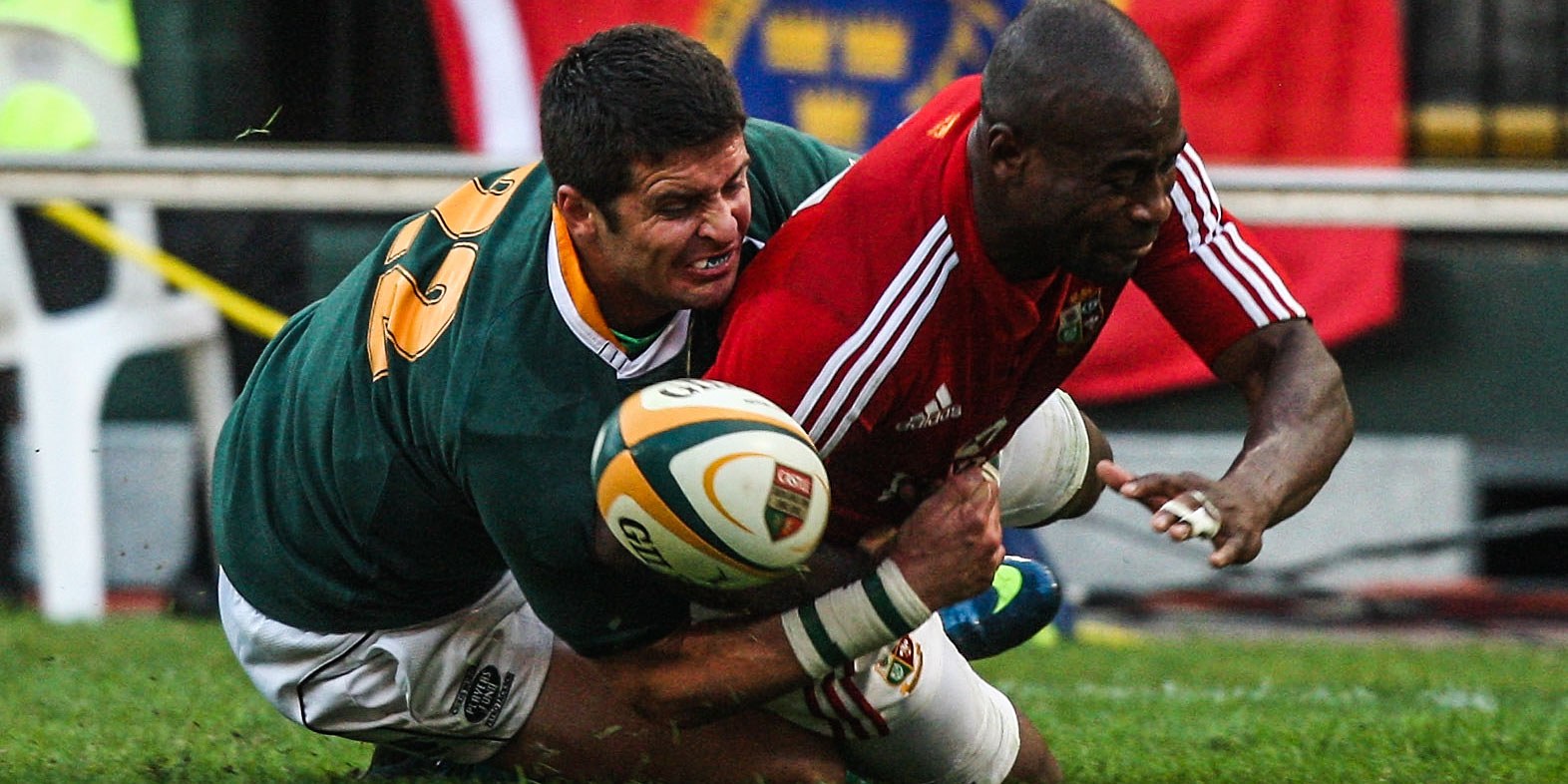 Steyn makes a try-saving tackle on Ugo Monye on Test debut against the British & Irish Lions in Durban in 2009.

Swamped by ecstatic team-mates after kicking the series-winning penalty goal against the Lions in Pretoria in 2009.

Back in Durban a few months later, Steyn scored all the points as the Boks beat the All Blacks by 31-19 (1 try, 1 conversion, 8 pens). 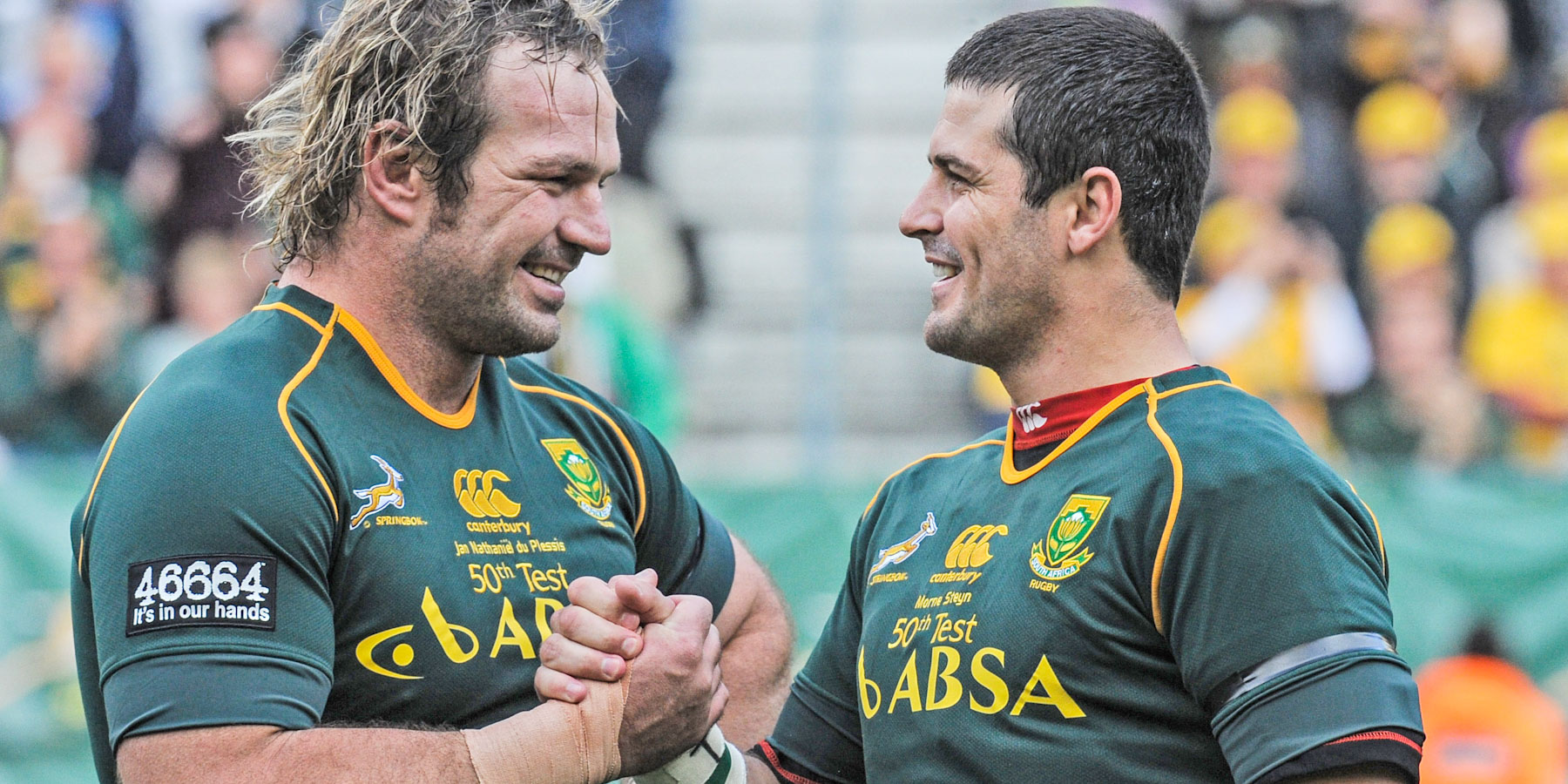 Steyn reached his 50th Test cap with Jannie du Plessis against the Wallabies in Cape Town in 2013. 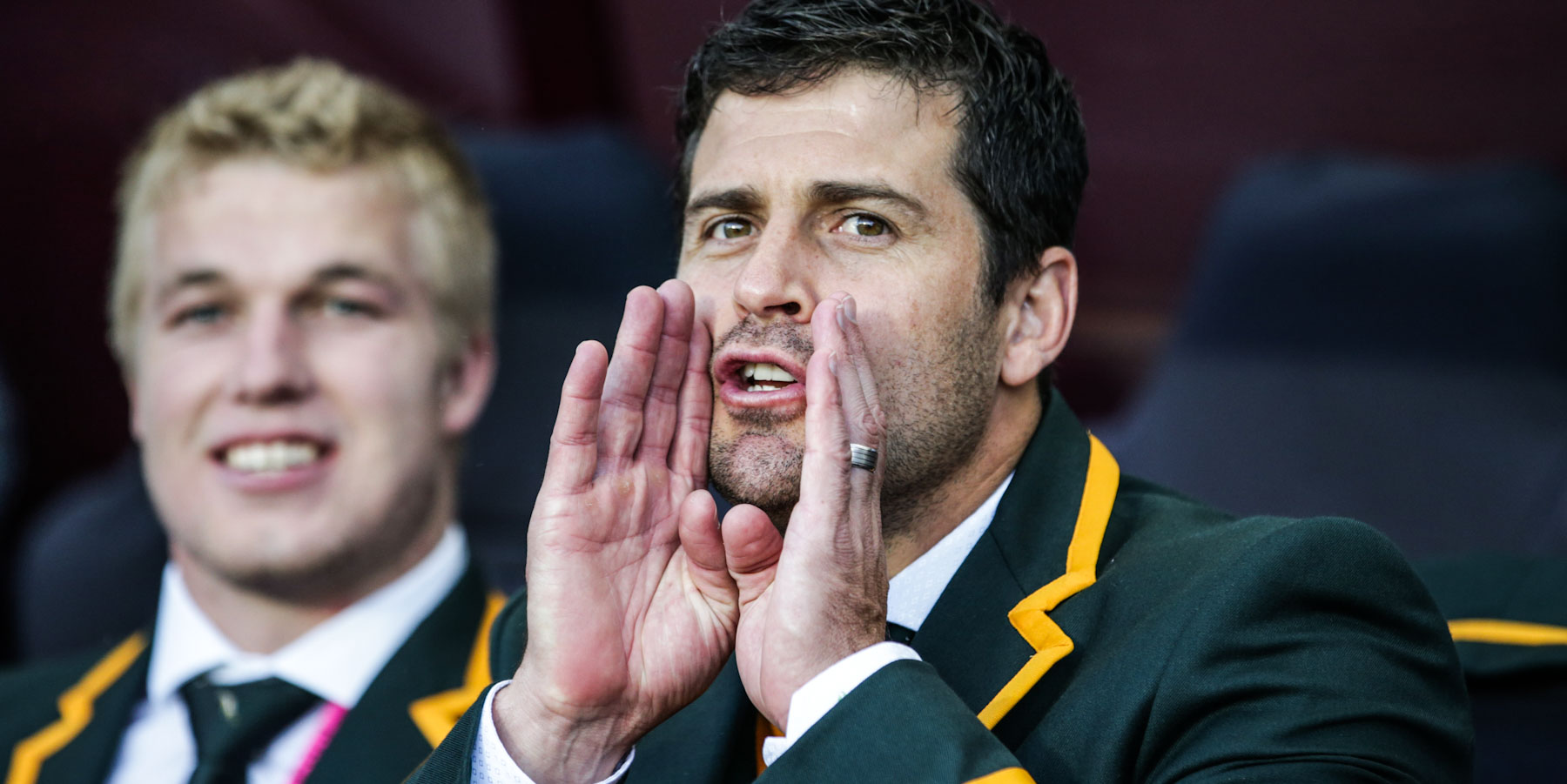 Supporting the Boks from the stands at RWC 2015 in England. 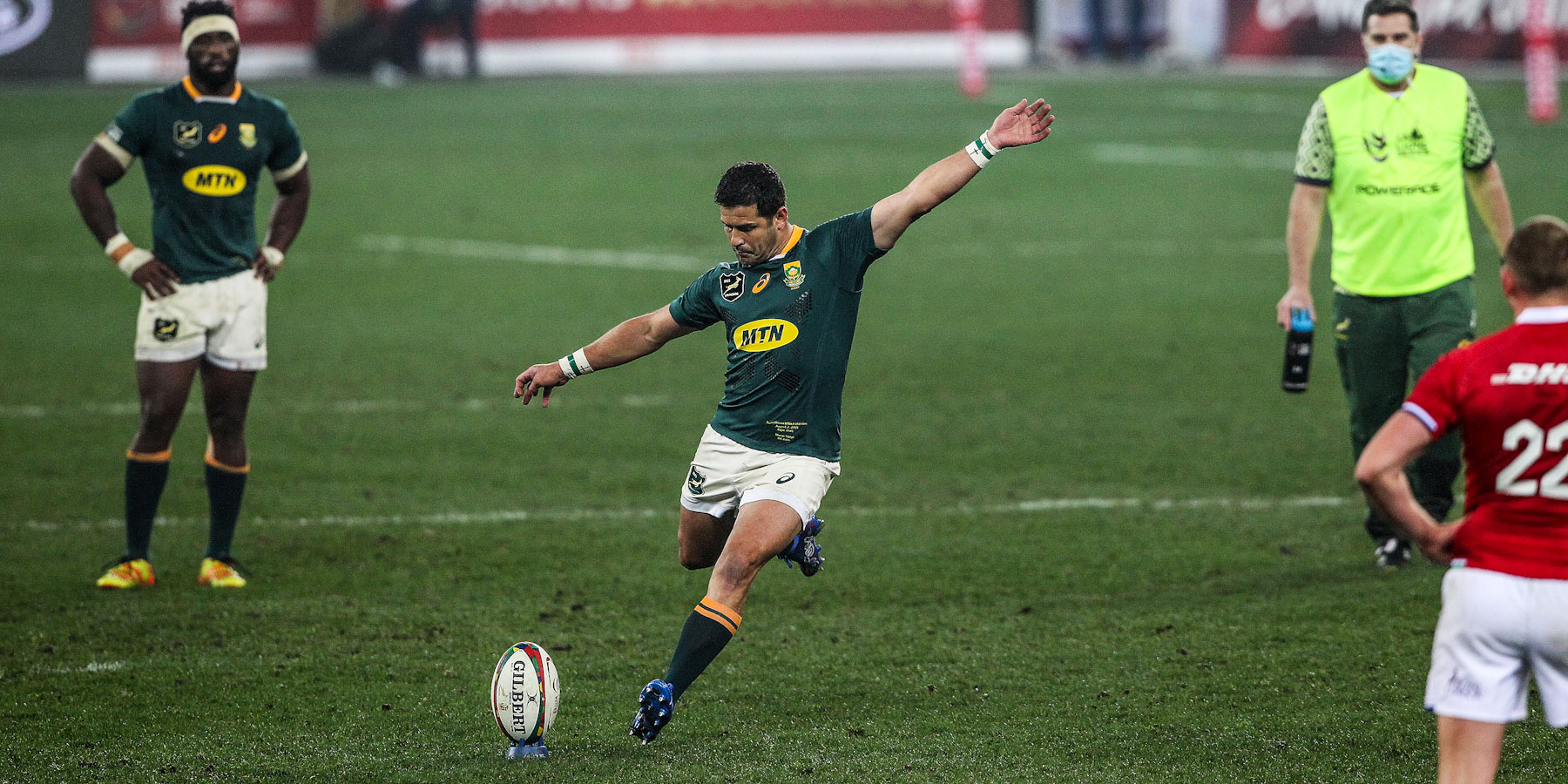 The kick that sealed the deal against the Lions in 2021. 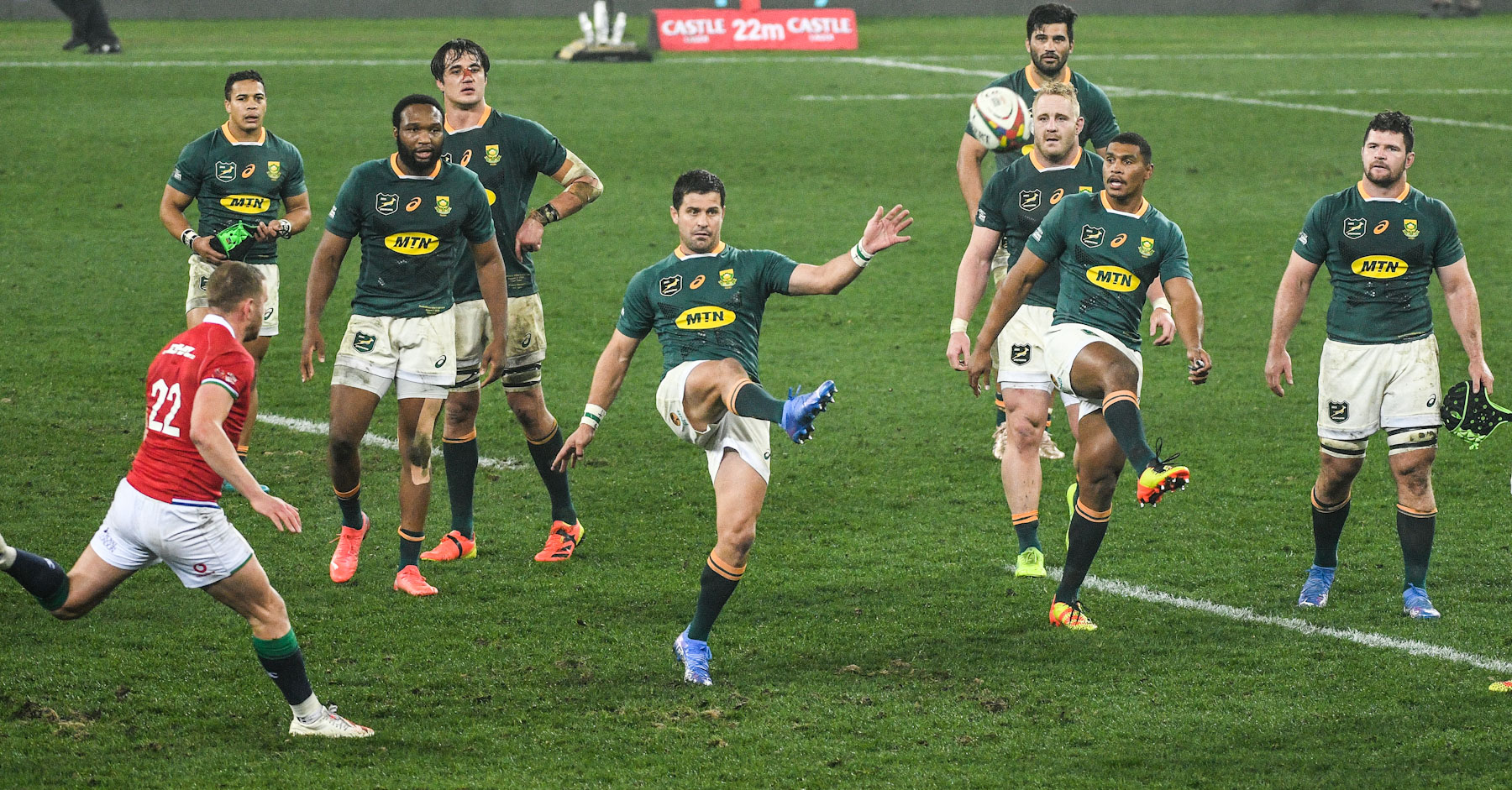 Steyn sends the ball into touch moments after he sealned the 2021 series win over the British & Irish Lions with a penalty goal (just like he did 12 years earlier). 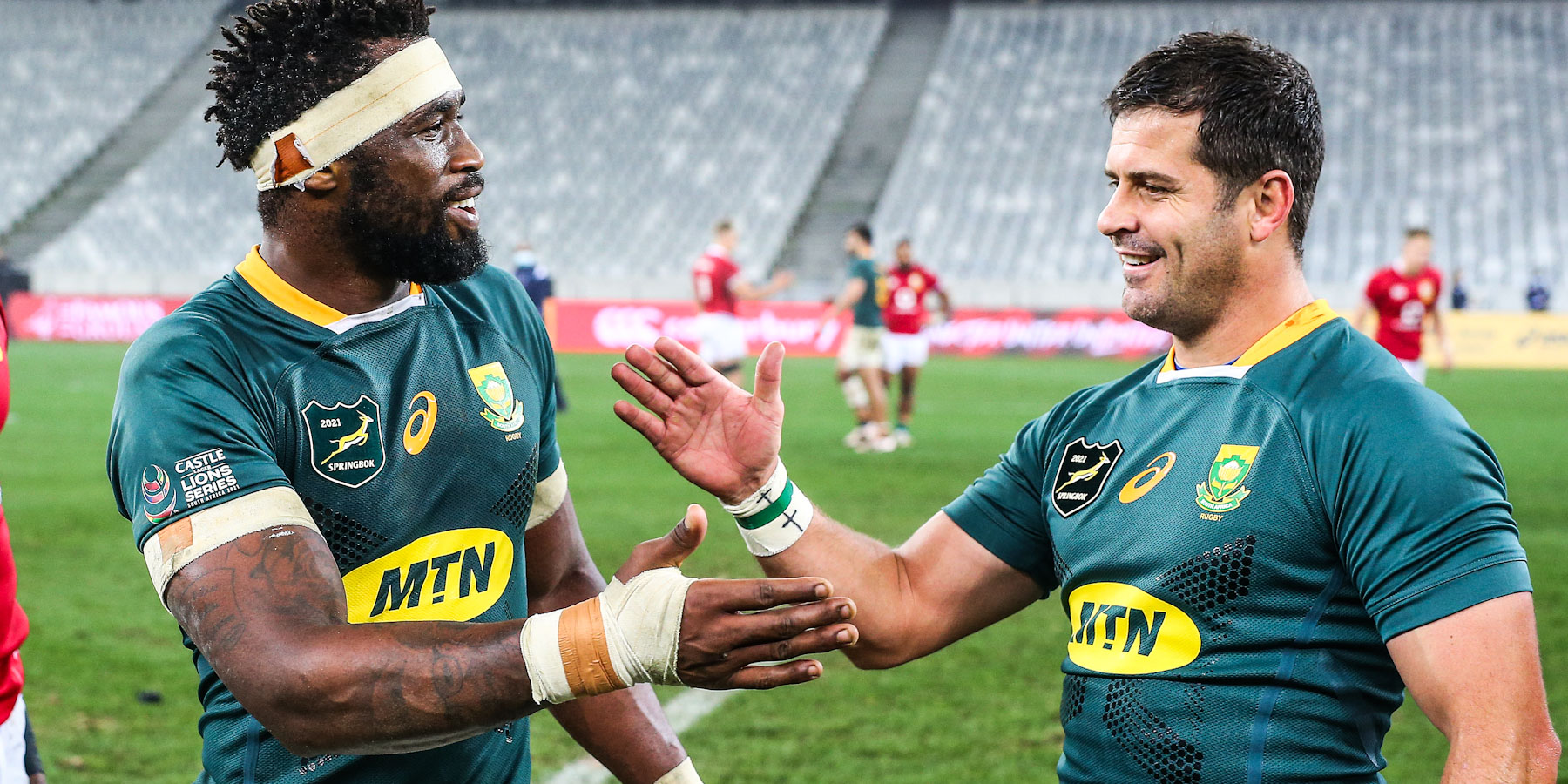 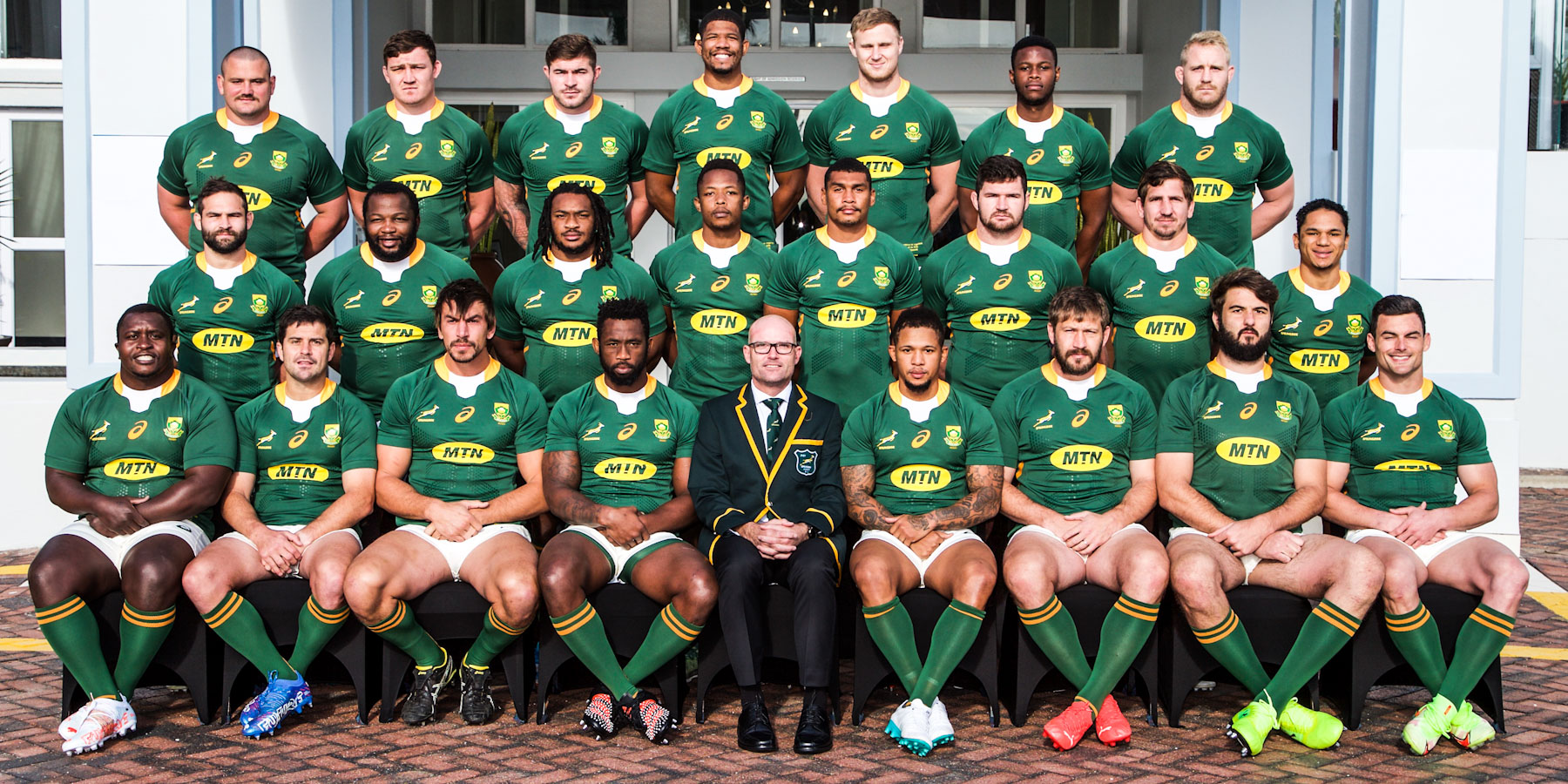 The last time Morne Steyn appeared on a Springbok team photo - 13 August 2021, before the first Test against Argentina in Port Elizabeth.

Cheers 🍻 to @Springboks 🇿🇦 great @mornesteyn who has retired from international rugby. 🏉 We will never forget the moments, like the game below, where you made us hold our breath. 😀

Reply with messages of support for the #CastleLionsSeries winner. 🏆 pic.twitter.com/NHSNXqPRdX

Arguably @mornesteyn's most memorable in a @Springboks jersey...

Where were you when this happened and how did you react? pic.twitter.com/9iZBBfALmu

🇿🇦 With 68 @Springboks Tests and 742 points to his name, @mornesteyn has announced his retirement from international rugby pic.twitter.com/Si3UD6Mc1u

What a guy, what player, what a legend!!@mornesteyn congratulations on an incredible international career with @Springboksba!!

Grateful to have been with you through so many memories and to have witnessed from close quarters so many more incredible ones!! pic.twitter.com/I8068PUnaB

Congrats @mornesteyn on an incredible career boykie!!! You made choosing posts pretty easy for a captain!!!😜😂

Stormers fly SA flag on final weekend in the north

The tough nature of the Vodacom United Rugby Championship was again underlined on the weekend where only the DHL Stormers managed a victory for the four South African franchises taking on the best of Ireland, Italy, Scotland and Wales.

Brave Cell C Sharks run out of time in Cardiff

Cardiff got some form of revenge after their defeat last weekend when they beat the Cell C Sharks by 23-17 (half-time 17-10) in a tense Vodacom United Rugby Championship clash at Cardiff Arms Park on Saturday night.

The Vodacom Bulls subsided to a 17-10 (halftime 10-3) defeat to Edinburgh in the Vodacom Untied Rugby Championship on Saturday as they were unable to recapture the authority of their previous round win over Cardiff.