The Springbok Sevens team will face Canada in the quarter-finals of the HSBC Spain Sevens in Malaga at 20h07 (SA time) on Saturday after an impressive 43-0 victory over England in their second and final pool match.

The seven try romp secured top spot in their pool for Neil Powell's team, who looked sharp and precise, despite starting the match without Siviwe Soyizwapi. The Blitzbok captain is nursing a shoulder injury and will not play today.

The South Africans were on the button from the start against England, with Branco du Preez running strongly from turnover ball to dot down for the 99th time in his World Series career.

The second try was another long-range effort. The Blitzboks won a penalty inside their own half and Selvyn Davids tapped and sent Impi Visser away on a 60m run. The forward made it over the line with an England defender on top of him.

An England handling error near their own line gave South Africa another attacking opportunity and from the resulting scrum, Mfundo Ndlovu was worked over for his first try in two years.

Zain Davids followed him immediately afterwards, running a great line for his second try of the tournament, which handed the Blitzboks a 26-0 lead at the break.

It was 33-0 soon after the restart with Selvyn Davids being put into space by Justin Geduld, as the playmaker turned try-scorer with a 50m run.

Geduld then ran hard and strong to beat a couple of defenders for his first try since January 2020, before Darren Adonis showed some impressive footballing skills en route to his first try in Spain.

This win took the SA tally to 26 undefeated matches. 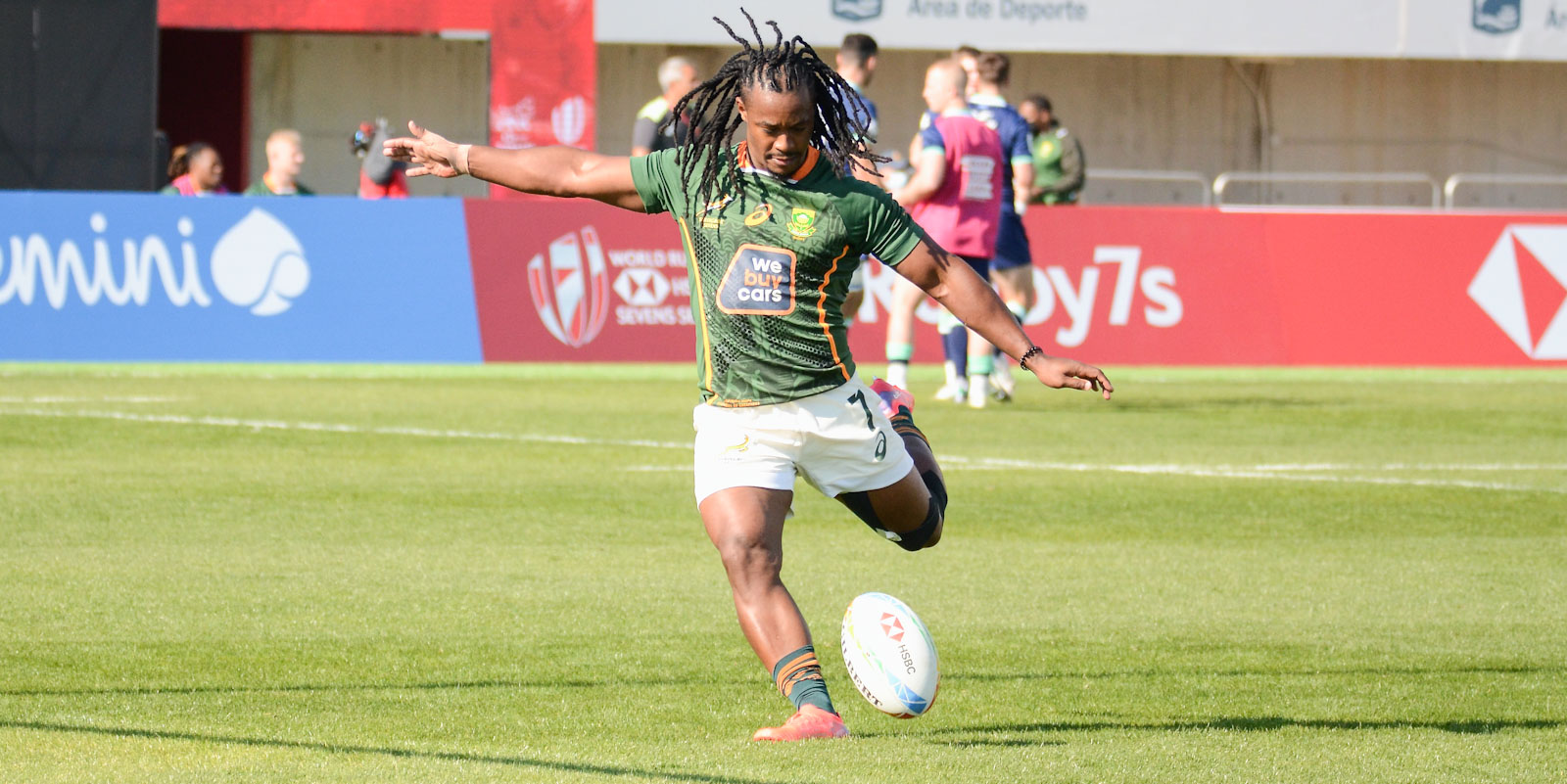 The Junior Springboks outplayed France by 42-27 in Verona on Tuesday evening to finish top in Pool A and stay unbeaten a...

Catch the Junior Boks' final pool game in the U20 Summer Series, at 17h00 against France from Verona in Italy, live here...

Attack held sway over defence on day two of the SA Rugby Under-18 Craven Week in Cape Town on Tuesday, with four excitin...

The Springbok Sevens opened their HSBC Spain Sevens campaign in Malaga with a come-from-behind 27-7 win over Scotland, with the five try victory their 25th consecutive win in the HSBC World Rugby Sevens Series.

The four South African Vodacom United Rugby Championship teams will return to the field in full swing on Saturday for first the first time since early December when the Emirates Lions host the Cell C Sharks in Johannesburg, and the Vodacom Bulls meet the DHL Stormers in Pretoria.

Steven Kitshoff and Salmaan Moerat will co-captain the DHL Stormers in their Vodacom United Rugby Championship clash with the Vodacom Bulls at Loftus Versfeld on Saturday and beyond.

Cornal Hendricks will lead the Vodacom Bulls when they host the DHL Stormers in the Vodacom United Rugby Championship this weekend, with Junior Springbok flanker Reinhardt Ludwig included in the starting team for his debut at this level.

The Vodacom Bulls surged to the top of the Carling Currie Cup standings with a magnificent victory in Cape Town, while the Airlink Pumas and Cell C Sharks registered their first log points of the new season following Wednesday’s second round of matches.

The Springbok Sevens team outplayed Australia 19-0 in the Cup semi-final of the HSBC Spain Sevens in Malaga on Sunday, to reach their fifth consecutive HSBC World Rugby Sevens Series final.

Selvyn Davids scored a try after the buzzer to ensure the Springbok Sevens team won their fifth consecutive HSBC World Rugby Sevens Series tournament – and their third of the 2022 season – when they beat Argentina by 24-17 in Malaga on Sunday.

The Springbok Sevens opened their HSBC Spain Sevens campaign in Malaga with a come-from-behind 27-7 win over Scotland, with the five try victory their 25th consecutive win in the HSBC World Rugby Sevens Series.