Soyziwapi got injured in the first match of the Malaga tournament last weekend while scoring his 13th try of the season and did not take any further part in the tournament, which saw the Blitzboks secure a fifth consecutive HSBC World Rugby Sevens Series tournament win.

Williams was part of the squad that won the previous four titles after making his debut in Vancouver and then played in Edmonton and Dubai as well.

The 23-year-old, who has played on the wing and scrumhalf for the Golden Lions earlier in his career, has scored eight tries in his 20 matches for the Blitzboks so far. Impi Visser, who took over the captaincy from Soyizwapi in Malaga, will lead the South Africans in the fourth tournament of the 2022 World Series.

Williams said he is grateful to join the squad and wished Soyizwapi a speedy recovery: “It is never nice to replace someone who is injured, and I hope ‘Shakes’ is back to full fitness in no time. This does give me another opportunity to join the guys on tour again and contribute and that is something to look forward too.” 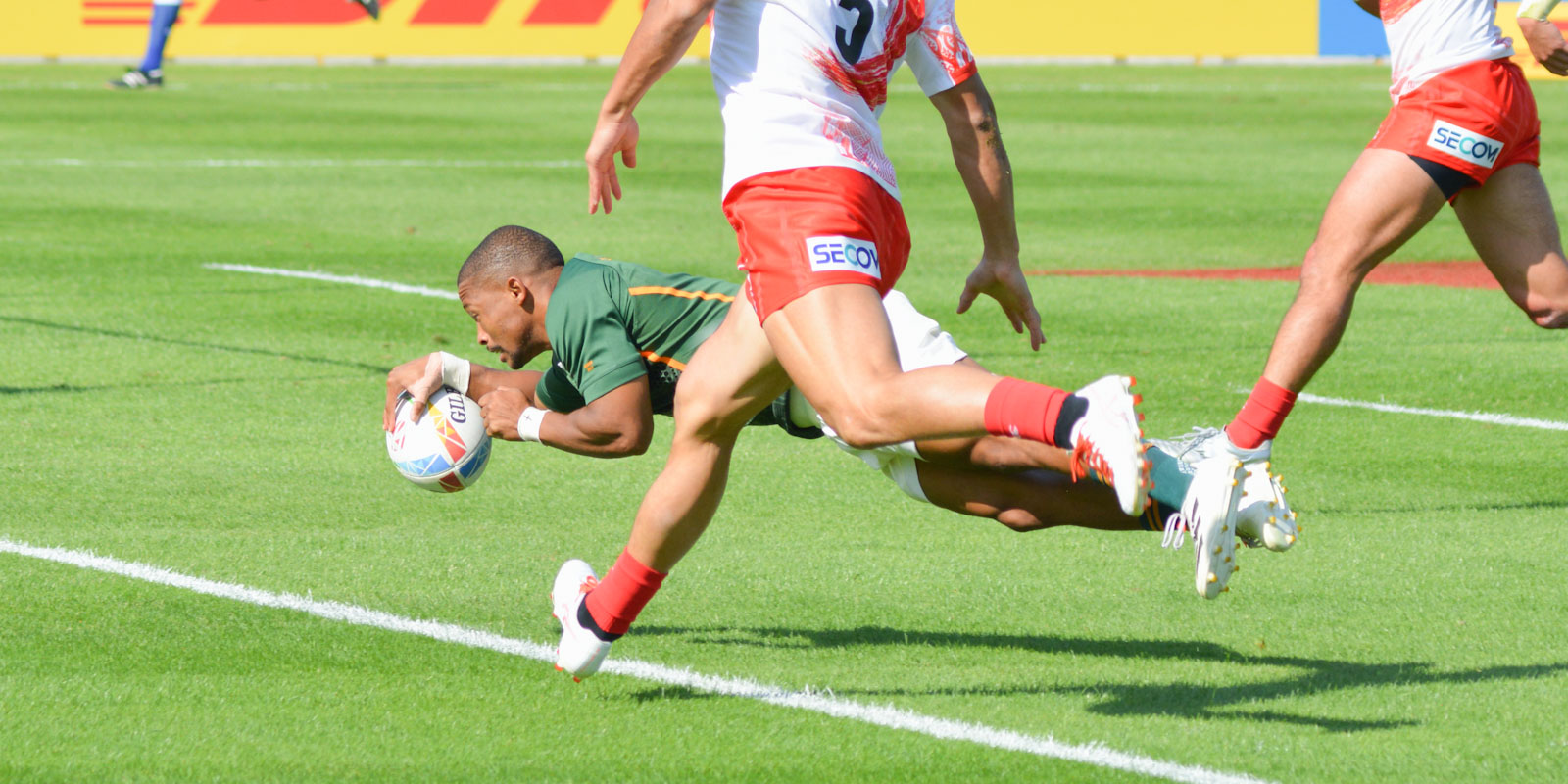 Shaun Williams scoring for the Blitzboks in Dubai.

The Blitzboks will again play in Pool A of the competition, this time against USA and Spain. World Rugby has indicated that due to Fiji's continued absence, only 15 teams will play in Seville, handing the Pool A teams a bye in the process.

Meanwhile, a number of Blitzboks reached personal accolades in Spain. Selvyn Davids was named Player of the Final after his extraordinary performance, including scoring the match winning try two minutes past the buzzer in the final.

“It is something you dream about, scoring the winning points, so it is a great feeling,” said Selvyn Davids.

“I was just the lucky guy who was in the right place at the right time though, as the team created the try – everybody had a hand in that try.

“We play for each other in this team, so for me to claim the try as mine would not be correct. I scored it, but the team created it. We don't play for ourselves, but for each other and the greater good of the team.”

Branco du Preez became the most successful Blitzbok in World Series history by winning his 22nd title in his career. Du Preez is already the most capped player for South Africa, and has seen it all in a career that started in 2010.

“We had some old heads in the squad and that helped in those final minutes,” said Du Preez. “The guys kept their heads and used their experience. The never-say-die attitude in the squad also helped.”

For Mfundo Ndhlovu, who made a successful return to the World Series having last played in 2020, winning the tournament was a special feeling: “It made the return to play process worth it. We are blessed to be able to play the game we love and to do so amongst such a great group of guys is just amazing. We really play for each other and that is what is making these wins so special,” he said.

The Springbok Sevens team outplayed Australia 19-0 in the Cup semi-final of the HSBC Spain Sevens in Malaga on Sunday, to reach their fifth consecutive HSBC World Rugby Sevens Series final.

Selvyn Davids scored a try after the buzzer to ensure the Springbok Sevens team won their fifth consecutive HSBC World Rugby Sevens Series tournament – and their third of the 2022 season – when they beat Argentina by 24-17 in Malaga on Sunday.

The Springbok Sevens team will face Canada in the quarter-finals of the HSBC Spain Sevens in Malaga at 20h07 (SA time) on Saturday after an impressive 43-0 victory over England in their second and final pool match.

Springbok wing Makazole Mapimpi scored a hat-trick of tries which helped the Cell C Sharks to a 47-37 win (halftime 27-18) over the Emirates Lions in an entertaining Vodacom United Rugby Championship clash in Johannesburg on Saturday.

Siya Kolisi is the SA Rugby Player of the Year for 2021, after the popular Springbok captain garnered the most votes for his performances during a tough season, while the exciting Aphelele Fassi underlined his great potential by winning the Young Player of the Year award.