Siya Kolisi is the SA Rugby Player of the Year for 2021, after the popular Springbok captain garnered the most votes for his performances during a tough season, while the exciting Aphelele Fassi underlined his great potential by winning the Young Player of the Year award.

The 30-year-old Kolisi edged out strong challenges from his national teammates Lukhanyo Am, Damian de Allende, Eben Etzebeth and Makazole Mapimpi to become the first Bok captain since Jean de Villiers in 2013 to win the top award.

Kolisi – who was named the MTN Springbok of the Castle Lager Lions Series last year and was the only Springbok to start all 13 Tests in 2021 – led South Africa to a superb series victory over the British & Irish Lions in August and went on to captain the side under difficult circumstances in the Castle Lager Rugby Championship, which culminated with a nail-biting win over the All Blacks.

Fassi made his Springbok debut in 2021 and although he featured in only two Tests – scoring superb tries on both occasions – he showed that he is one for the future playing with increased maturity at fullback and on the wing. 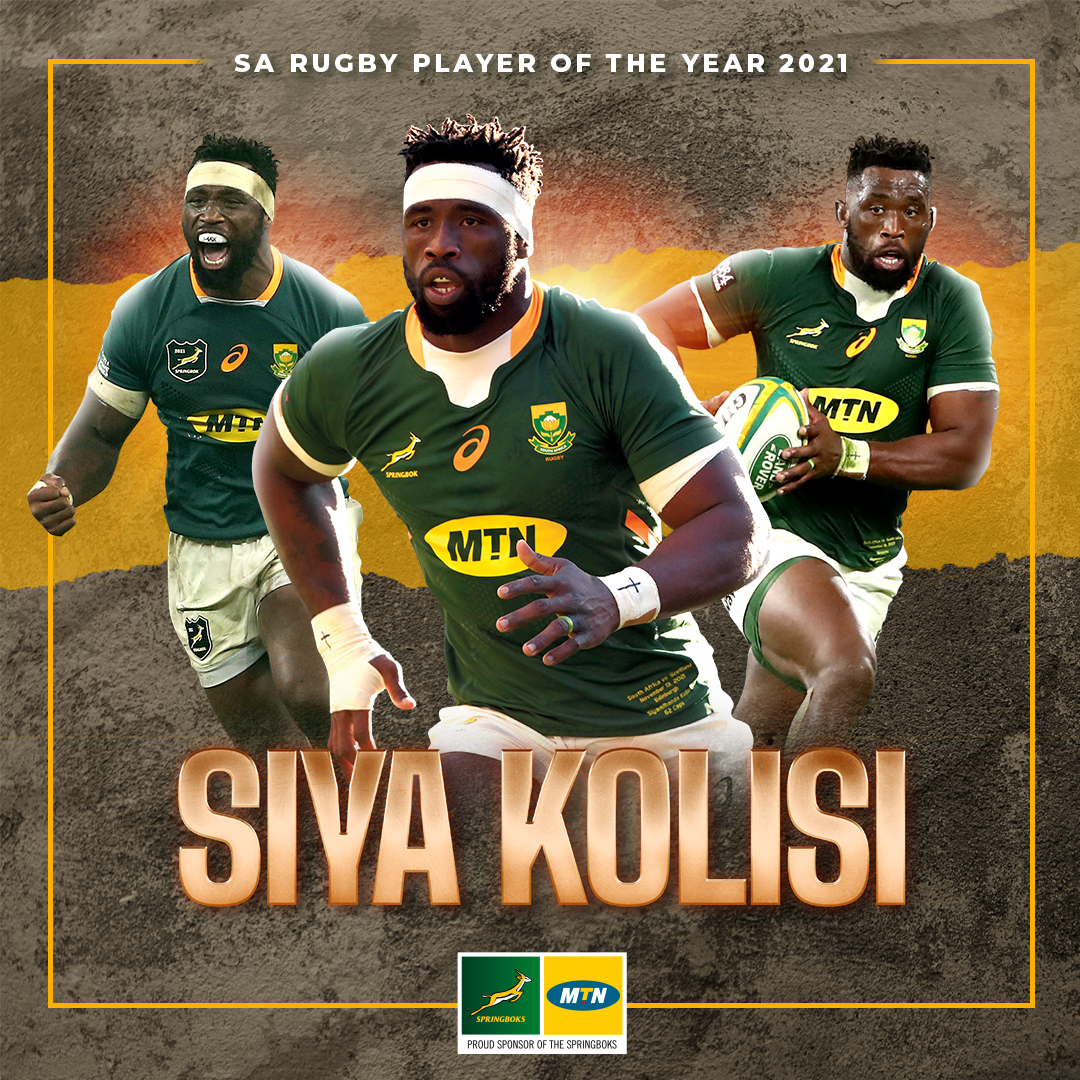 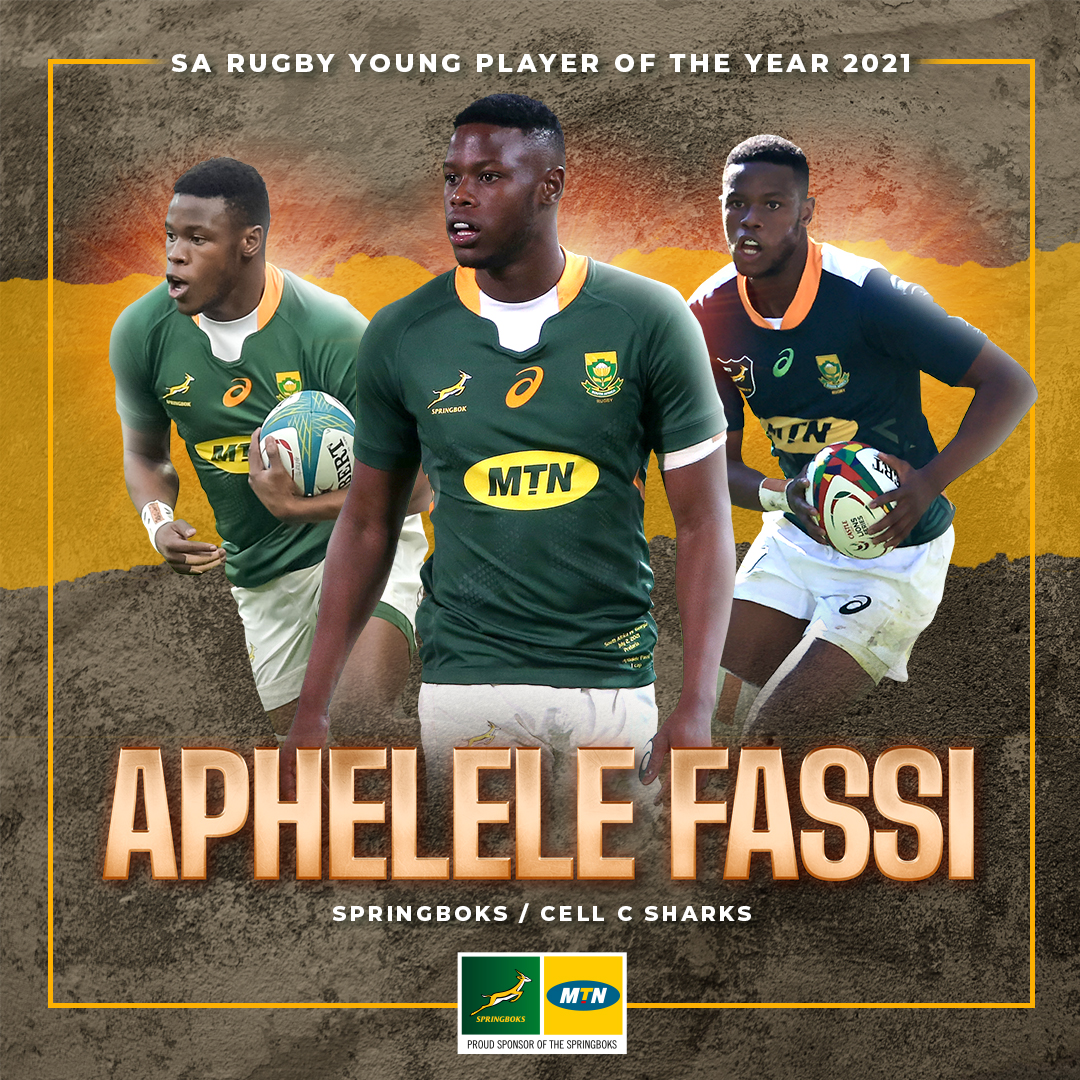 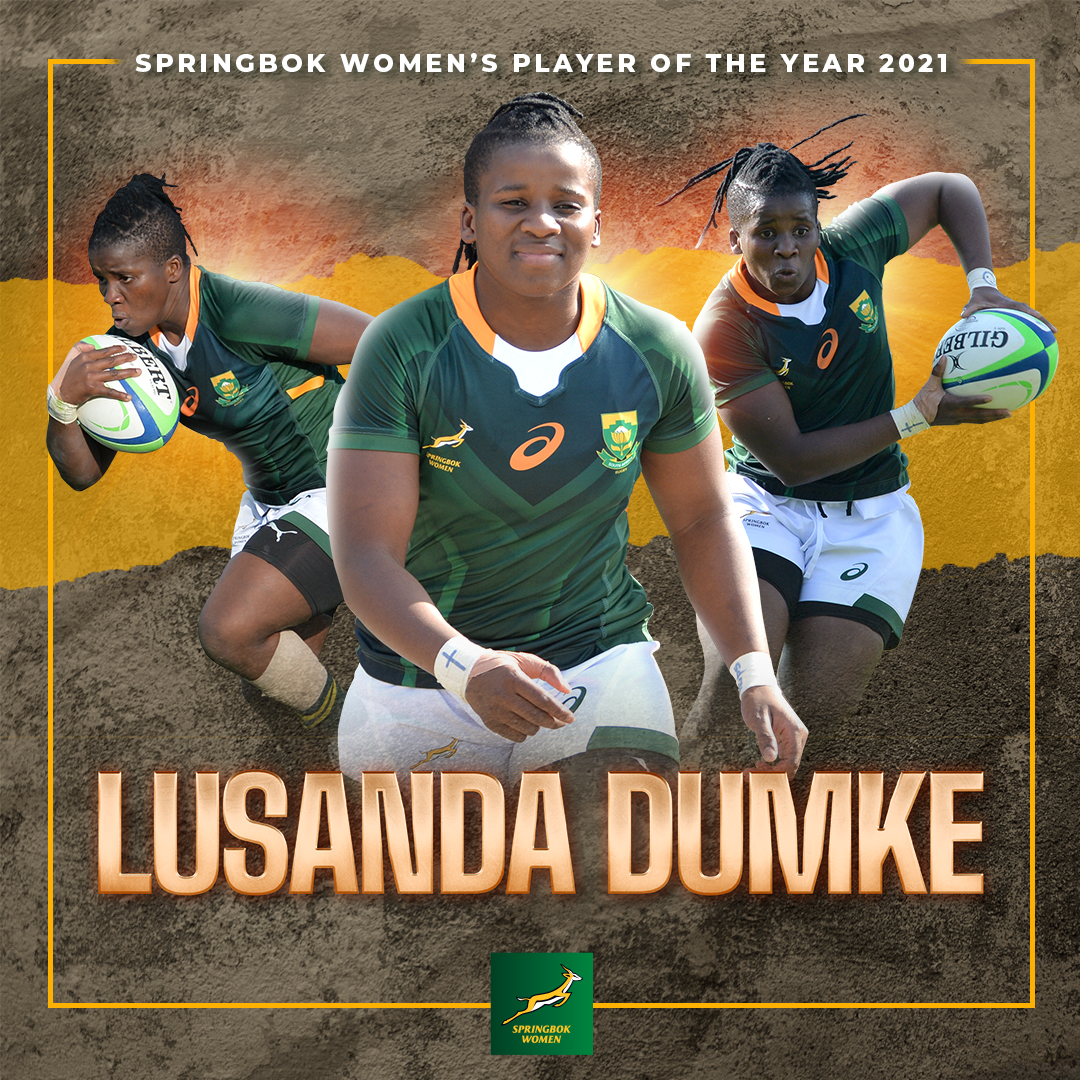 As a result of showing true grit while spending five months in various bio-secure bubbles in South Africa, Australia and the United Kingdom and delivering some outstanding performances – notably coming from 1-0 down to clinch the Castle Lager Lions Series – the Springboks were named Team of the Year for 2021.

Ronald Brown capped a fine debut season for the Blitzboks as he was named Springbok Sevens Player of the Year, while Henco van Wyk’s performances in the Under-20 International Series saw him walk away with the award for Junior Springbok Player of the Year.

Aimee Barrett-Theron capped a remarkable season by winning the OUTsurance Referee of the Year Award for the second time, after she also walked away with the accolade in 2019. 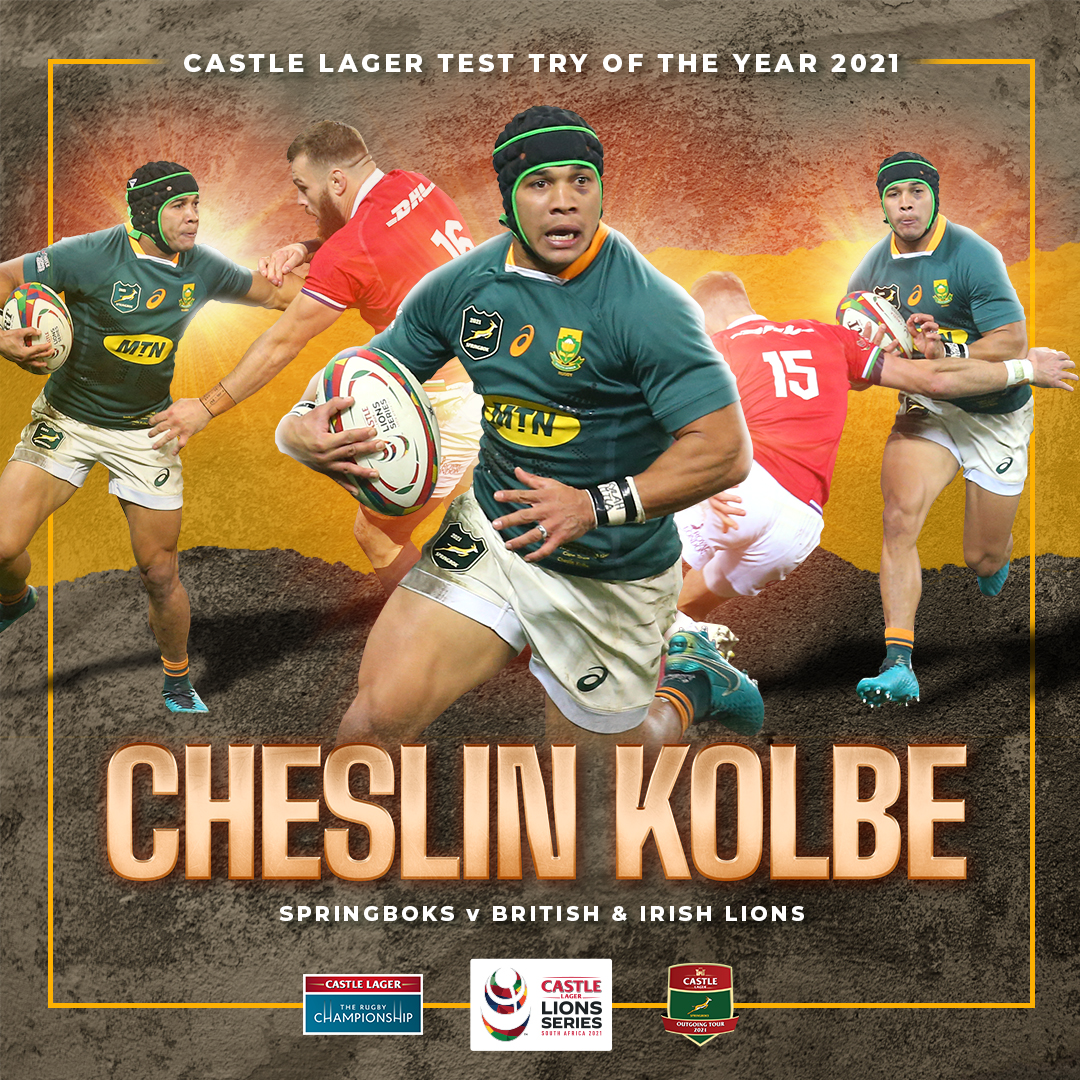 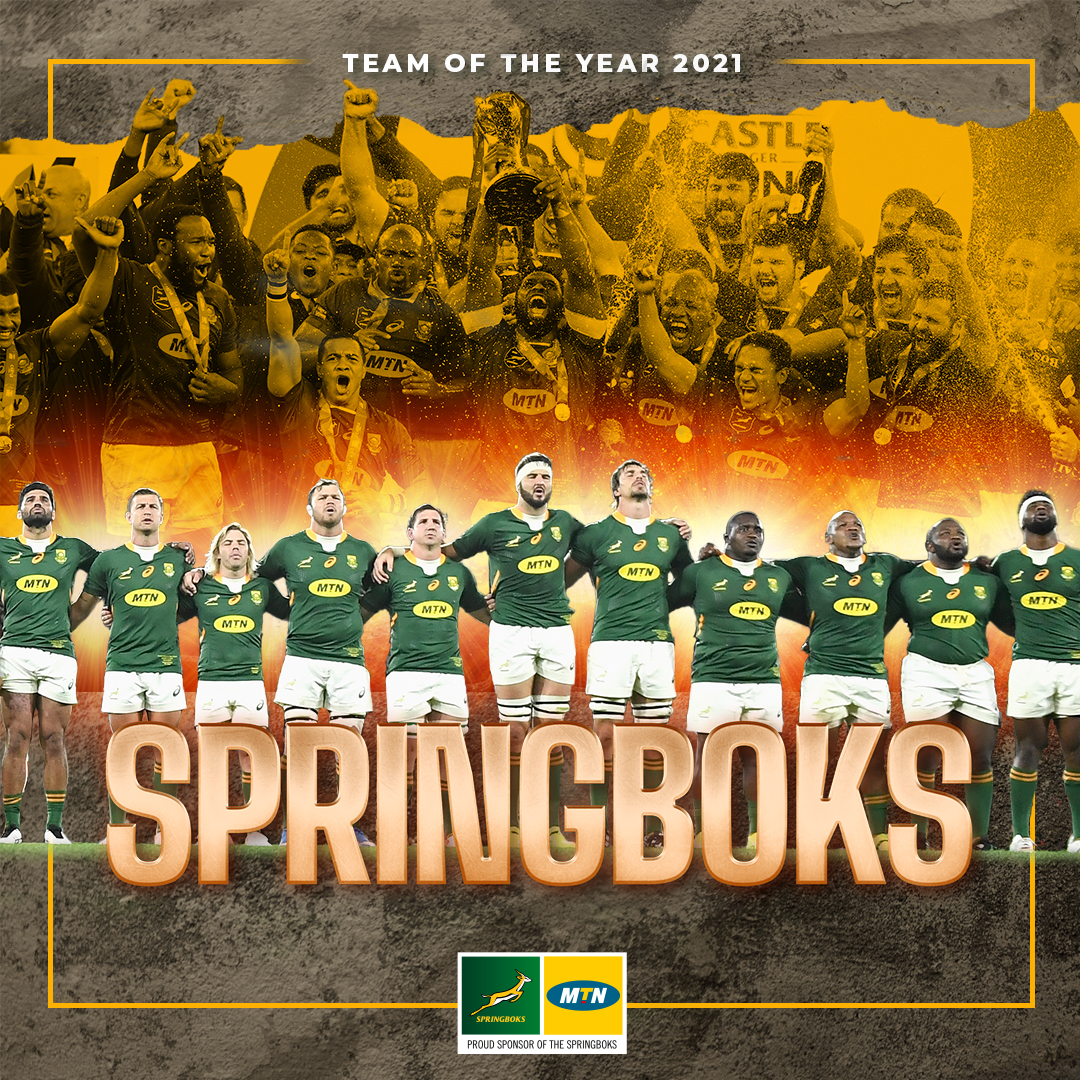 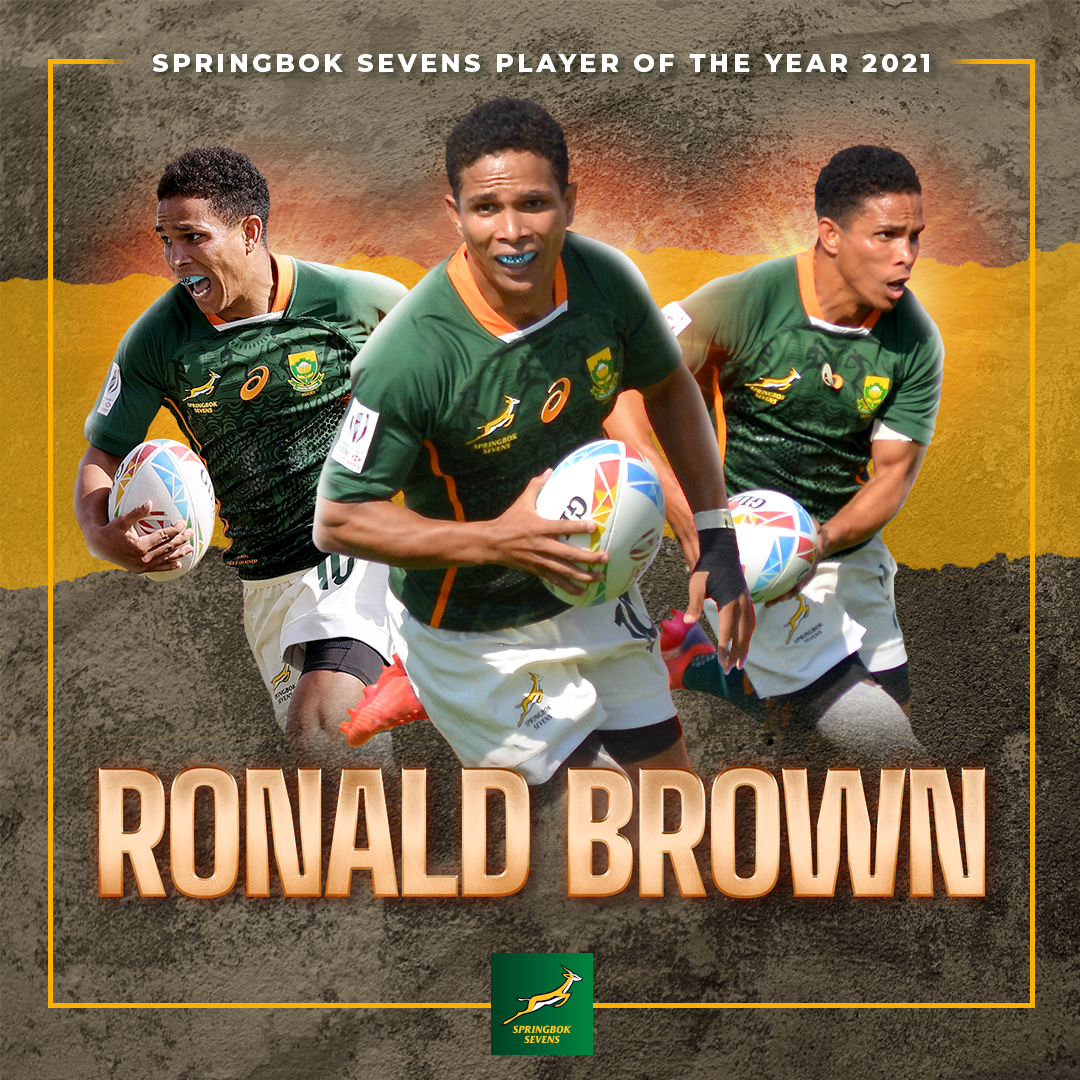 “Siya led from the front as the Springboks completed what was arguably their toughest season – for many reasons – in a very long time,” said Mr Alexander.

“Supported very well by Jacques Nienaber and his coaching team, as well as his teammates, Siya showed true leadership under challenging conditions, and he became better as the year progressed, which culminated with a spot in the World Rugby Dream Team for 2021, along with Makazole, Lukhanyo, Eben and Malcolm Marx.

“Aphelele is a star in the making and last year we saw glimpses of what he can do, which is why he fully deserves the award for Young Player of the Year, while Cheslin’s try-scoring exploits are well-documented and his excellent five-pointer in the final Test against the Lions was crucial in helping the Boks clinch the series.

"Lusanda, Ronald and Henco are all deserved winners after stellar performances as three of our other national teams kept the South African flag flying high around the world. 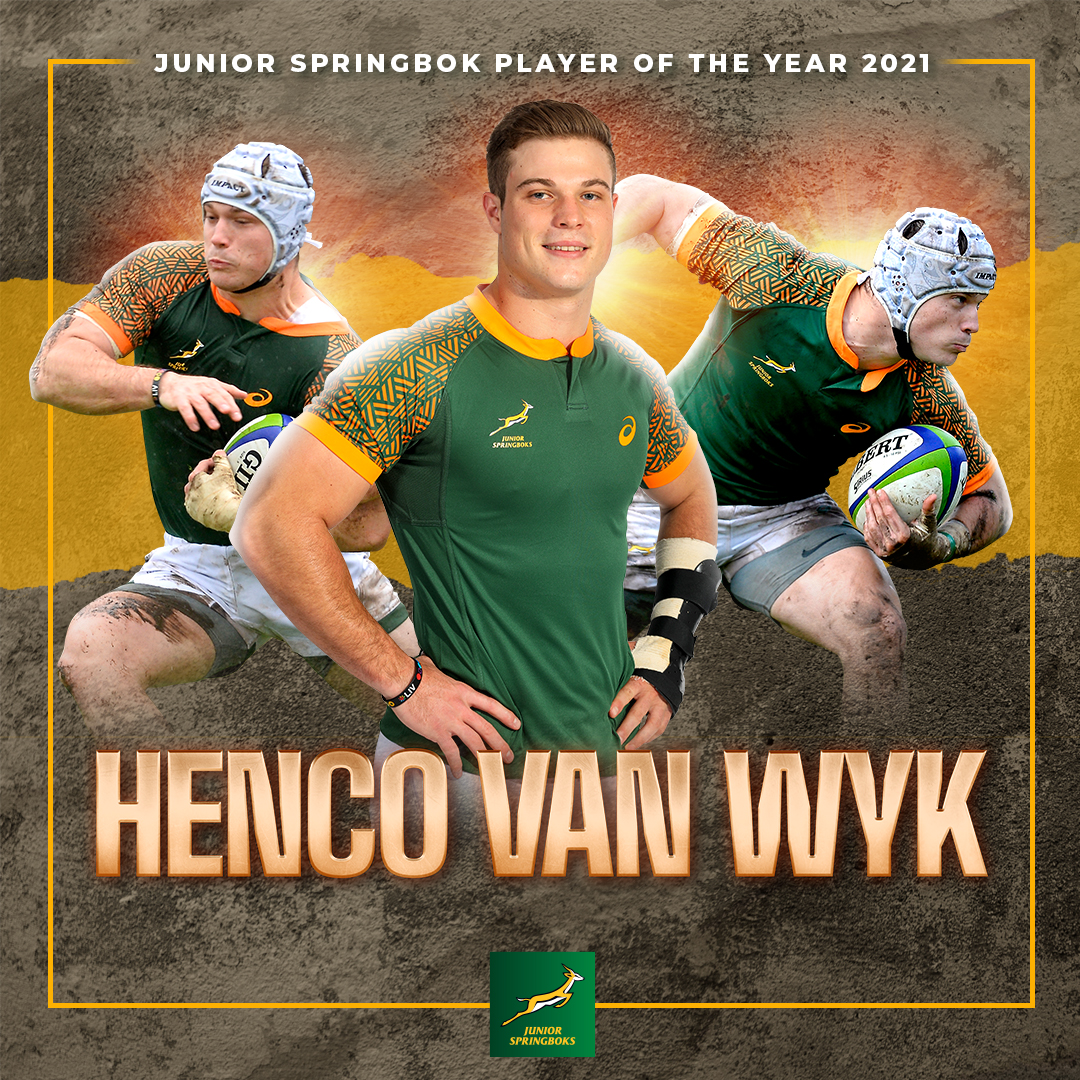 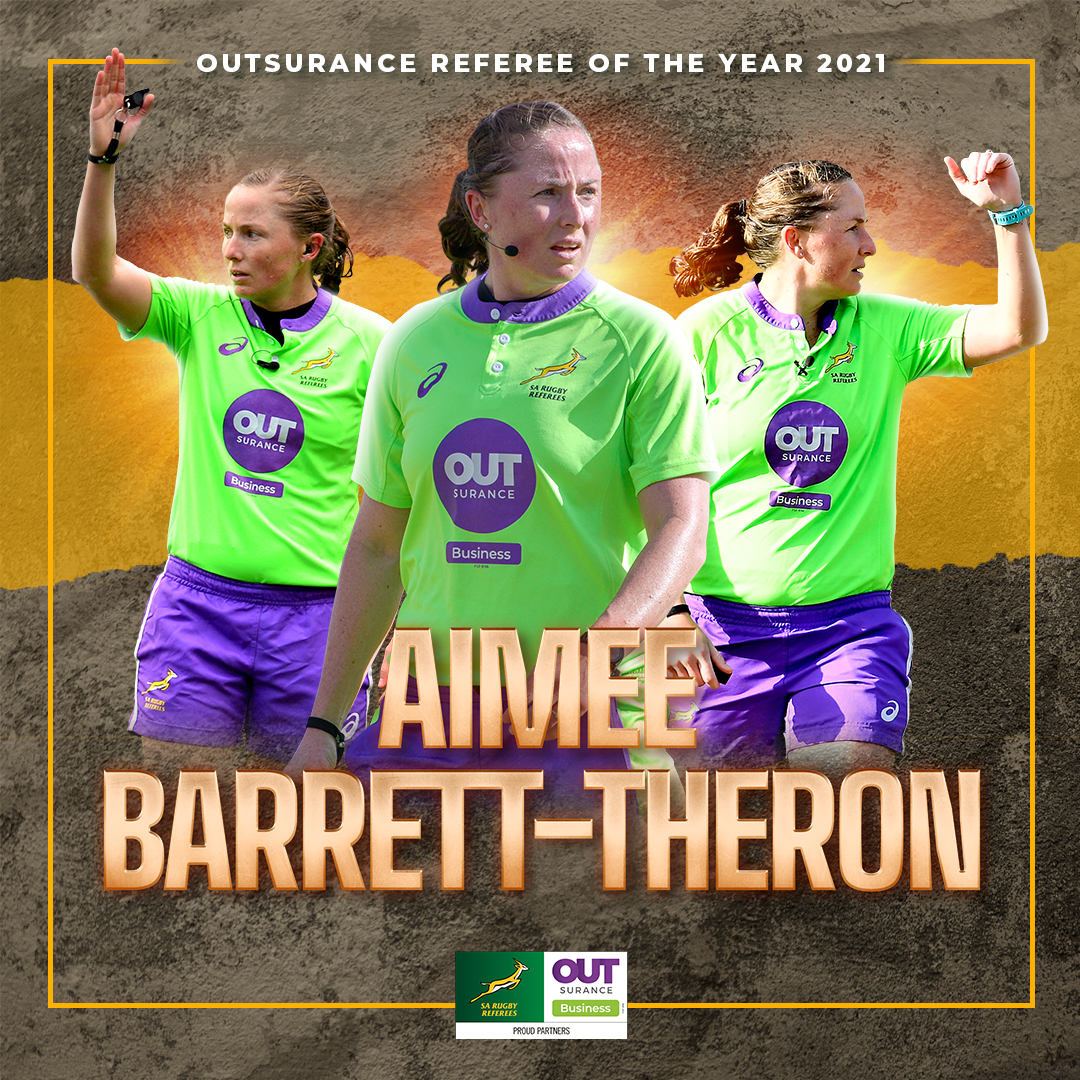 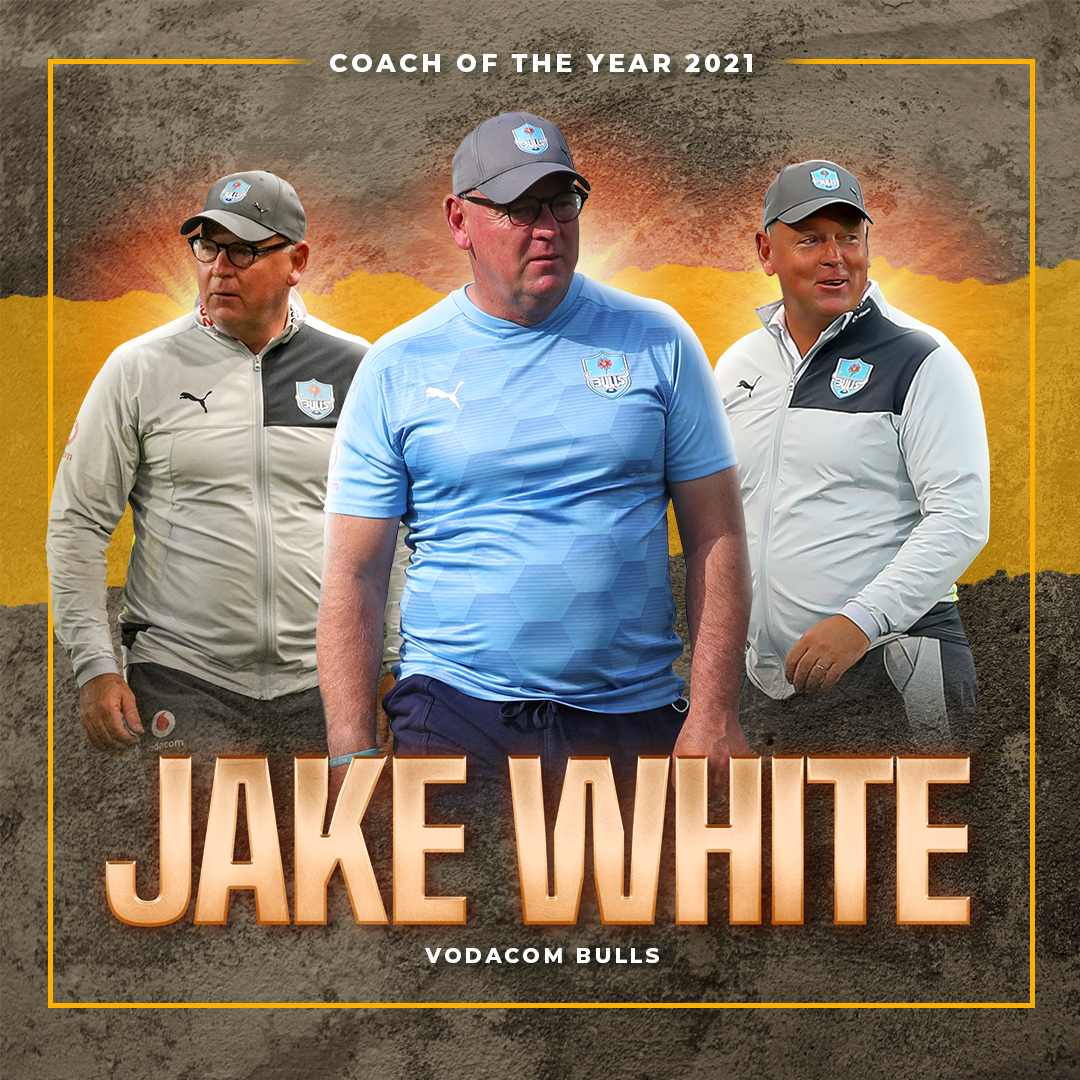 Another new award, the Castle Lager Test Try of the Year – which was voted for by supporters on various digital platforms – went to Cheslin Kolbe for his superb and crucial try in the third Test against the British & Irish Lions in Cape Town.

The Vodacom Bulls’ second successive Carling Currie Cup title was reflected as Jake White was named Coach of the Year for the second year running, while their up-and-coming loose forward Elrigh Louw edged out teammate Johan Goosen and co-flanker Evan Roos in the race to Carling Currie Cup Premier Division Player of the Year.

The award for Carling Currie Cup First Division Player of the Year, which wasn’t contested in 2020, was won by Dylan Maart of the Boland Kavaliers, whose eight tries were the most in the competition last year.

Mr Mark Alexander, President of SA Rugby, congratulated the winners and applauded their achievements in 2021. 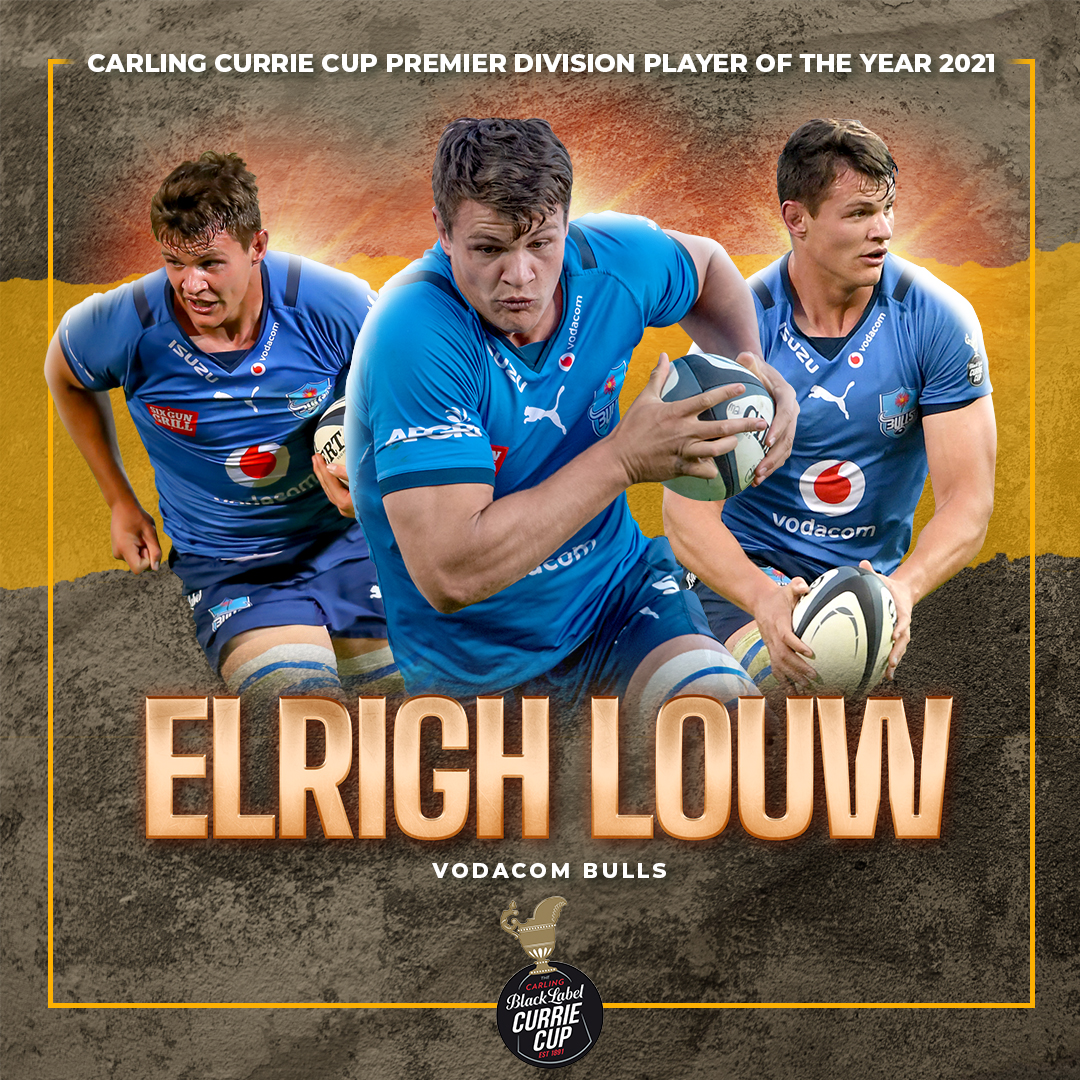 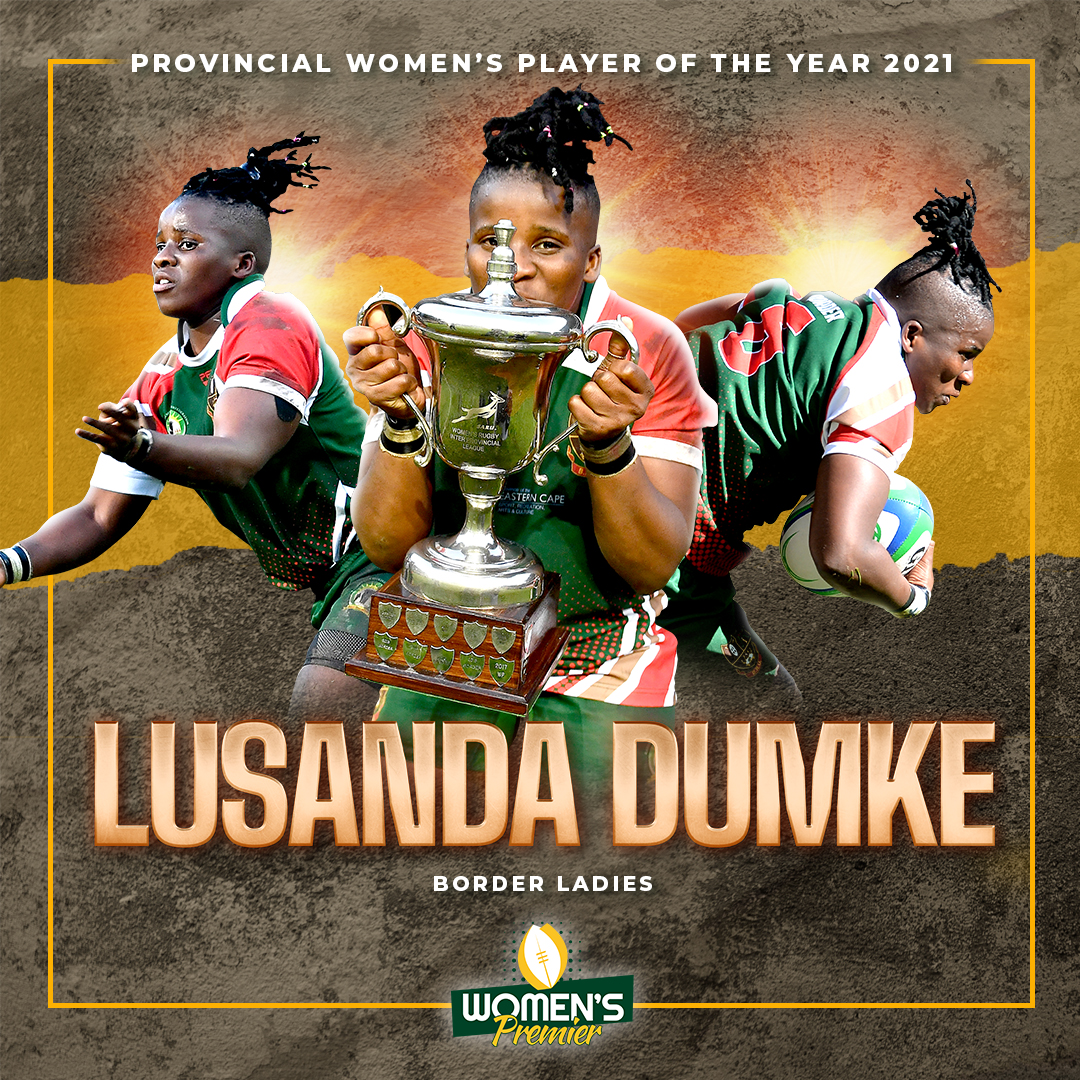 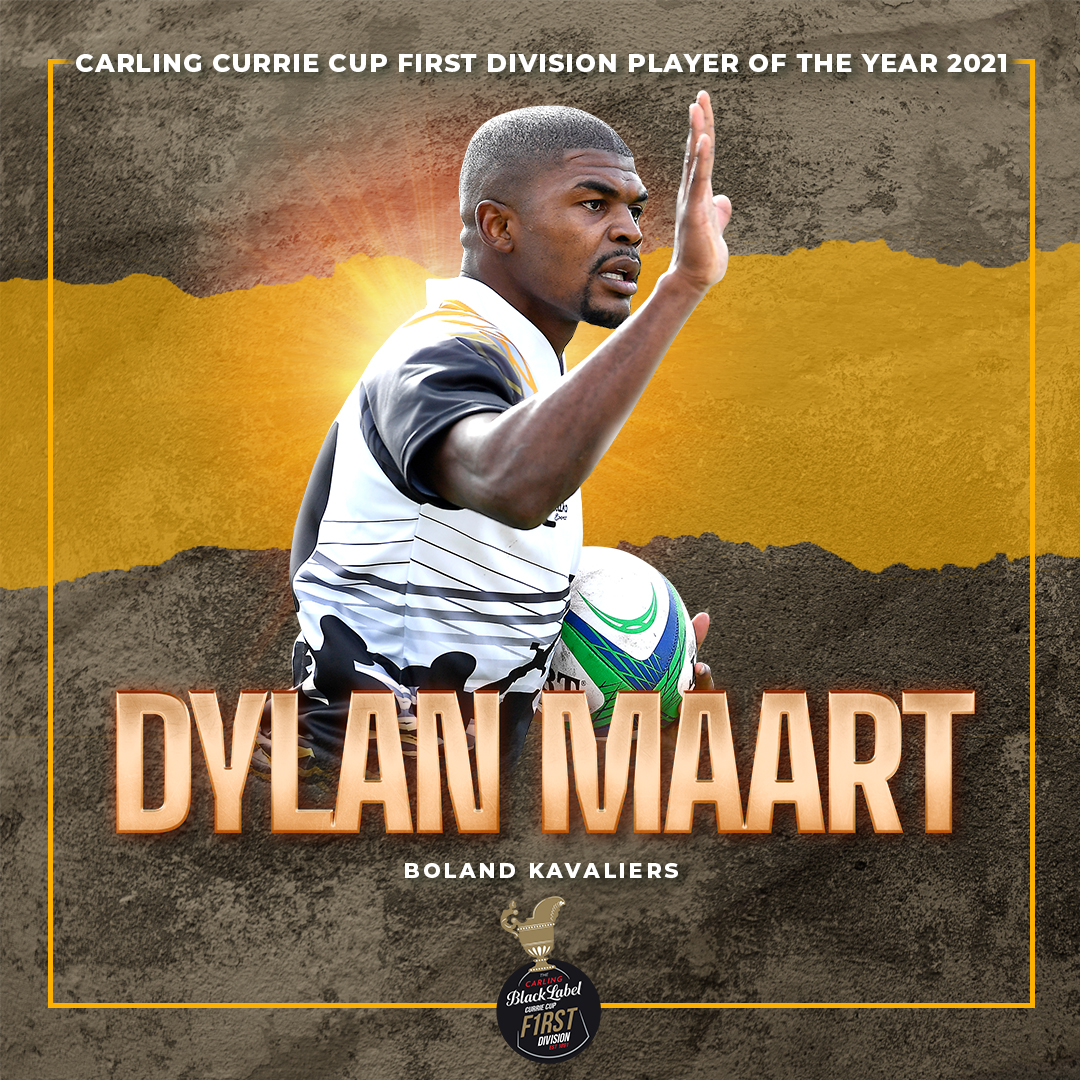 “I would like to congratulate Jake and the Vodacom Bulls on their season, as well as Elrigh, Dylan and Lusanda again for showing that our provincial game is as strong as ever, with the two Carling Currie Cup competitions as well as the Women’s Premier and First Divisions delivering superb rugby all season long.

“As we gear up for what promises to be a massive year ahead, I would like to congratulate every winner on their awards, but would also like to thank every player, coach, administrator, referee, sponsor and all other role players for making 2021 a season to remember.”

Arné Rust, Brand Director of Carling Black Label, said it was no coincidence that Louw and Maart were honoured for their performances on the domestic scene: “The hours spent training and perfecting their craft to reach for gold in the Carling Currie Cup means Elrigh Louw of the Vodacom Bulls and Dylan Maart of the Boland Kavaliers were deservedly recognised for their performances in the Premier and First Division, respectively. Congratulations to these Champions who displayed excellence throughout the 2021 season.”

Danie Matthee, CEO of OUTsurance, said: “We’re exceptionally proud of Aimee and admire the incredible job she has done on the field. Our team has also had the pleasure of working with her off the field on various occasions, always noting her work ethic, professionalism and humility.

“There is amazing referee talent out there and we feel privileged to help nurture and grow it through our partnership with SA Rugby,” added Mathee.

Wendy Bedforth, Brand Director: Castle Lager, congratulated Kolbe with his award: “It is with great excitement that we as Castle Lager, along with the rest of the country, congratulate you, Cheslin, for lighting up our screens as well as our hearts with your flair, grit and pure determination.

“Your try against the British & Irish Lions has won the Castle Lager Test Try of the Year and we couldn’t be prouder of your achievement and look forward to many more memorable moments from you.”

The winners and finalists (where applicable) for 2021 are:

Kolisi: “Award could have gone to anyone”

Springbok captain Siya Kolisi said he was “honoured and grateful” to win the SA Rugby Player of the Year award for the 2021 season after seeing his named engraved on the prestigious trophy in Durban on Thursday.

Seasoned Springbok Willem Alberts will start at lock for the Emirates Lions in their Vodacom United Rugby Championship encounter against the Vodacom Bulls in Johannesburg on Saturday.

DHL Stormers coach John Dobson had to make two injury-enforced changes to their pack of forwards for the Vodacom United Rugby Championship encounter with the Cell C Sharks in Durban on Saturday.

Junior Springbok star Canan Moodie will be the latest Vodacom Bulls player to make his Vodacom United Rugby Championship debut when the men from Pretoria travel south on the N1 to take on the Emirates Lions in Johannesburg on Saturday.