A 51,000-strong crowd saw the Boks score four second half tries and land a last-kick penalty from Damian Willemse (moved up form fullback to flyhalf at halftime) to break a 29-29 deadlock and overcome a battling Welsh team who had seemed capable of recording their first victory in the Republic.

The Boks were their own worst enemies in the first half as a catalogue of errors allowed Wales to score two tries and put themselves in a potentially match-winning position.

“I’d much rather focus on the second half,” said Nienaber.

“The second half was pretty much the performance we were looking for. Things didn’t go for us in the first half; we didn’t start well. We started with intensity and a good attitude, but our execution let us down and we’ll have to work on that.”

The comeback was founded on a maul that finally began to function, leading to tries for hookers Bongi Mbonambi and Malcolm Marx as well as a penalty try from a collapsed maul, with wing Cheslin Kolbe grabbing a fourth.

“We came back form 18-3 and I said to the guys afterwards that they never gave up,” said Nienaber.

“To score 29 points in the second half was great. They stayed calm and composed and got the job done.” 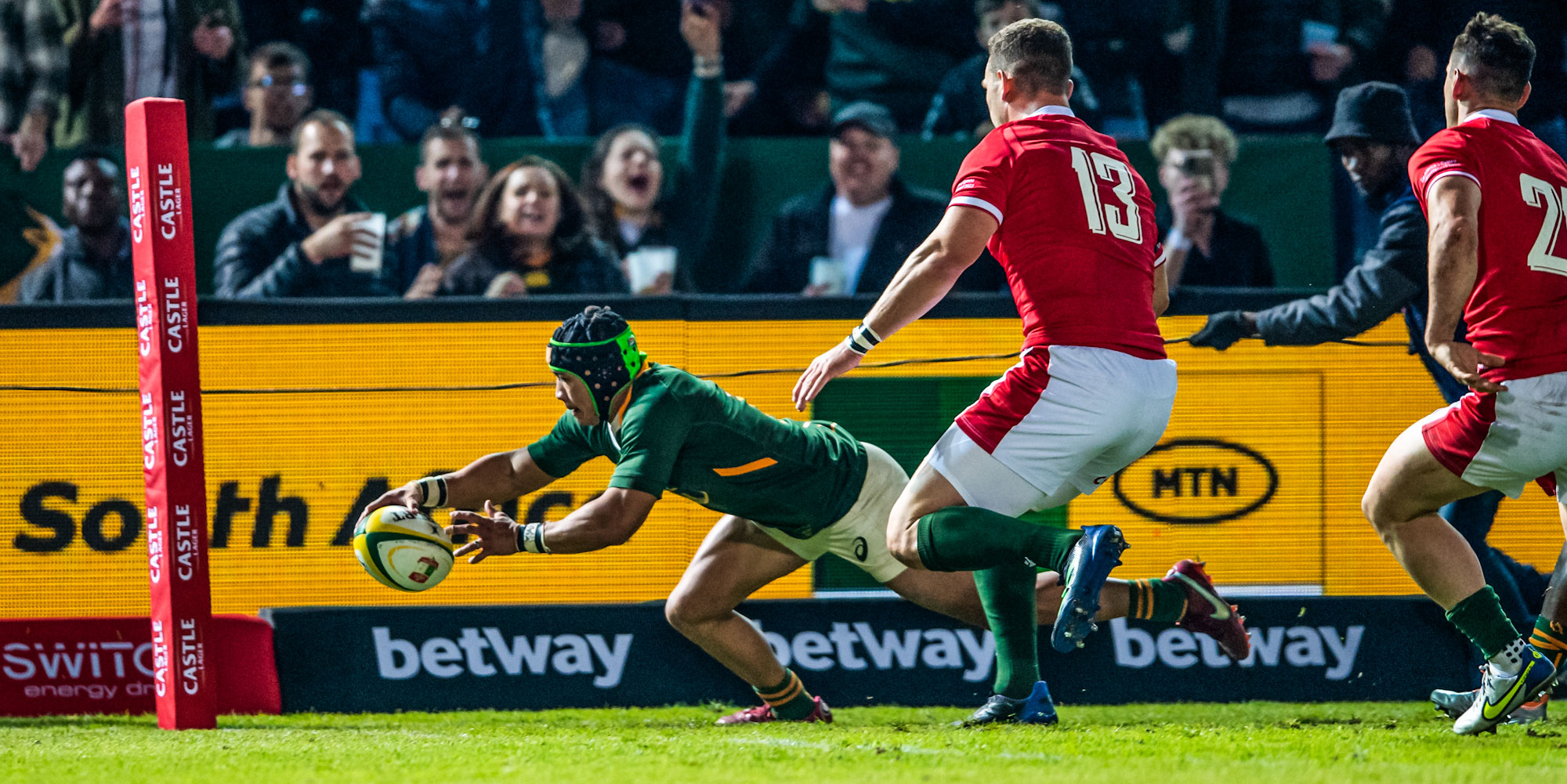 Cheslin Kolbe goes over for one of the Boks' four tries.

Bok captain Siya Kolisi also noted the composure of the team: “There wasn’t any panic. At no point did we not think that we weren’t going to come back into the game.

“We know what we are capable of and stuck to it. We went maul after maul; we wanted it to work at the beginning and it didn’t, but in the end, it got us through,” he added.

The teams reconvene in Bloemfontein on Saturday for the second Test with the Boks likely to pay some attention to their kicking game.

“But the 29 points we scored in the second half was really good – but the first half didn’t go as we planned. We created some opportunities, but we didn’t capitalise, and they created two great opportunities which they finished off.”

Nienaber had a special word for Willemse, who followed up a touchline conversion with the match-winning goal.

“I thought Damian did well,” he said.

“Like we said during the week, he is a ‘project’, and he has been a project since 2018. We’ve slowly been giving him more confidence and game time in what we want him to do.