Earlier in the day the Sharks High Schools side outplayed Valke 33-5 and in the opening match of the tournament, Griquas and Eastern Province delivered an exhilarating opener, with the Kimberley side securing a 39-22 win.

The opening match yielded eight delightful tries as the two teams attacked from all angles. This resulted in a highly entertaining match, with a number of flowing movements, especially from the Griquas, who attacked through their willing backline on every occasion. The EP side returned the compliment, but lacked the finishing touches displayed by the Northern Cape side early on. Griquas outscored EP four tries to nil for a 27-3 lead at the break, but then the EP side came back strongly.

They scored three late tries in a desperate rally to overhaul the deficit, helped by a red card to Griquas for a reckless ruck entry, but the Kimberley boys had the last say with a breakaway try that sealed the match.

The Sharks/Valke match was a more direct affair with both sides trying to outmuscle the other. The Sharks had a more structured approach, and their game management was excellent. They took all points on offer, with flyhalf Deano Boesak kicking four penalties, something that proved decisive in the end. They held a 12-5 lead at the break but only outscored the Gauteng side three tries to one, but Boesak’s accuracy off the tee proved the difference.

DHL Western Province XV were just too slick for their Western Cape neighbours, Boland, and it seemed that their backs would score every time they were in possession. Boland simply had no reply to the speed and skill of the home side’s backs and the 34-0 scoreline at the break was just reward for the blue and white hoops’ attacking endeavour.

The second half was a bit more disjointed, as Boland had to turn defence into attack and ran from everywhere. That did deliver a try, but the home side’s relentless pursuit of five pointers continued and they left the field resounding winners, with fullback Jandre Genis bagging 25 points to become the leading points’ scorer on day one.

In the final match of the day, the DHL Western Province team started like a house on fire, scoring two quick tries before Border found their feet in defence and answered back with two penalty goals. The Province pack were in command though, mainly due to some storming play by prop Zachary Porten and a third try was never far away. That was scored by centre Jameel de Jongh. Border kept plugging away though and a try by flank Tiaan Jacobs earned them some reward for staying in the fight, earning a 22-11 scoreline at the break.

Province scored soon after the restart and what a beautiful try it proved to be on the counterattack, with wing Luke Graham swan-diving to celebrate. Border had a try cancelled and generally found the going much easier in the second half, but conceded a vital try late in the clash when Graham charged a kick and raced away to score with nine minutes to play. There was no return for Border after that, trailing 34-11. Flanker Michael Maseti scored a gem, showing great strength to crash over amidst a heap of Province defenders, but the early lead by the home side proved defensive. 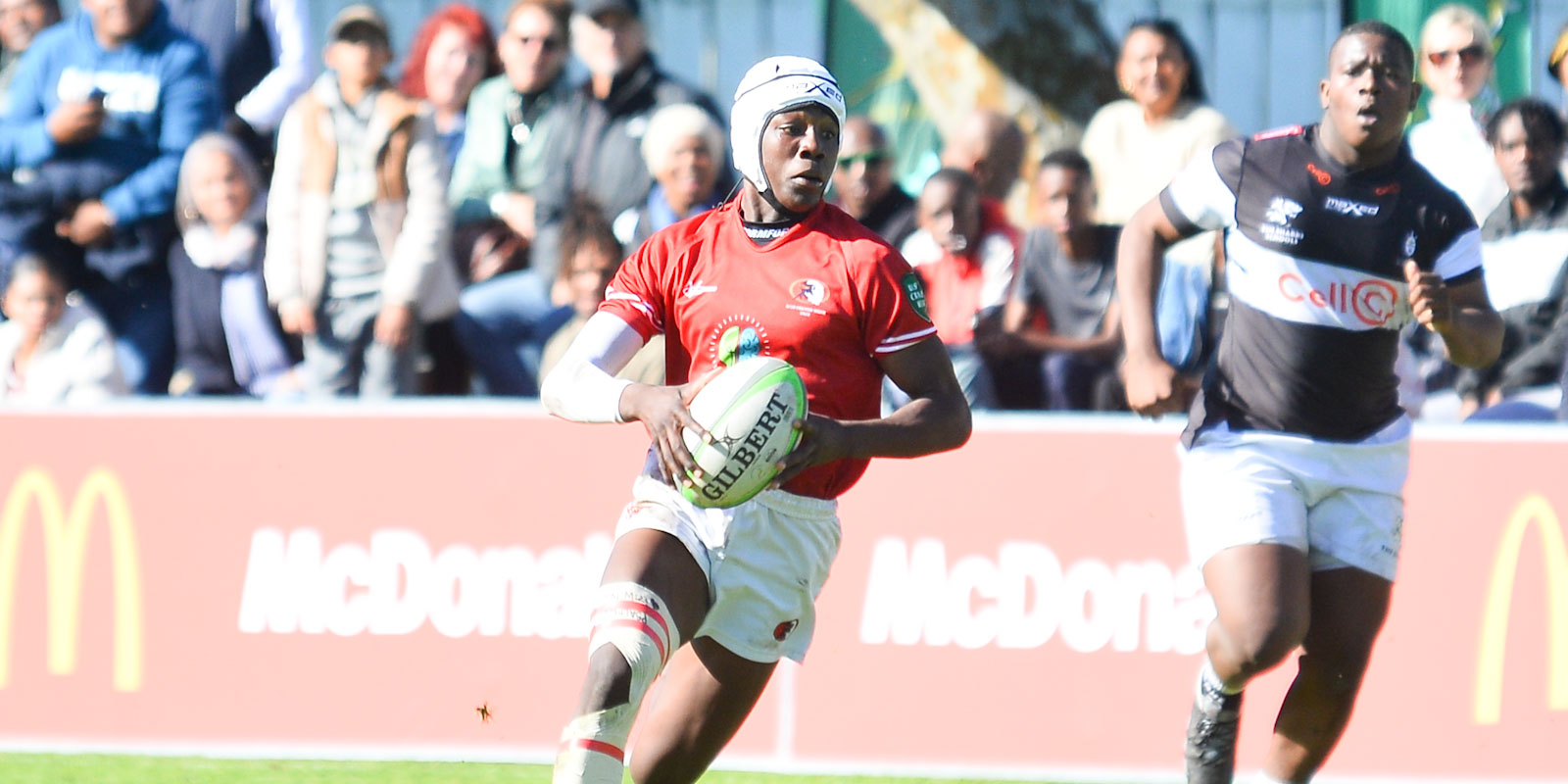 The Valke on attack against the Sharks.

Expanding support base next step for Springbok Wom...

A new sponsor, rubbing shoulders with the Springboks and playing on the same field on the same day as the Rugby World Cu...

The Springboks will play four Tests on their year-end tour in November against Ireland, France, Italy, and England, while an SA Select XV game has also been confirmed against the Bristol Bears as part of a planned series of midweek games.

Catch the Junior Boks' final pool game in the U20 Summer Series, at 17h00 against France from Verona in Italy, live here. We also have Afrikaans commentary, provided by the tournament organisers - watch on the lower video.

Attack held sway over defence on day two of the SA Rugby Under-18 Craven Week in Cape Town on Tuesday, with four exciting matches keeping a good crowd at Rondebosch Boys High School’s Tinkie Heyns Field on the edge of their seats.