Baron to debut for Blitzboks

Former Boland Kavaliers standout, Jaiden Baron, has been named in the Springbok Sevens squad that will travel to Australasia to contest the HSBC NZ Sevens and HSBC Sydney Sevens tournaments later this month.

The New Zealand event takes place in Hamilton on 21-22 January, with the Australian tournament a week later in what will be the fourth and fifth editions of the 2023 HSBC World Rugby Sevens Series.

Baron was included in the final training squad for the HSBC Cape Town Sevens last month and although he missed out on the final 13 named then, he will now get his chance as Springbok Sevens coach, Sandile Ngcobo, made four changes to the team that finished fourth at DHL Stadium.

Muller du Plessis and JC Pretorius have since left the squad to pursue opportunities in XVs, while Branco du Preez retired from international sevens after Cape Town and all needed to be replaced, with Baron, Selvyn Davids and Shaun Williams stepping into that breach.

Baron is a straight swop for Du Preez and will play in the sweeper position. The 25-year-old hails from Prince Alfred Hamlet outside of Ceres and has been outstanding for Boland in the Currie Cup First Division, where he was named player of the year and was the leading try-scorer in 2022, scoring 12 tries in nine matches. The scrumhalf joined the SA Sevens A squad after that and made an immediate impression, performing well when the side travelled to the Emirates Dubai Sevens in December.

Ngcobo was pleased to see Baron in the squad.

"We actually scouted Jaiden pre-COVID to join our Academy, but he had a shoulder injury and was out for a year," explained Ngcobo. 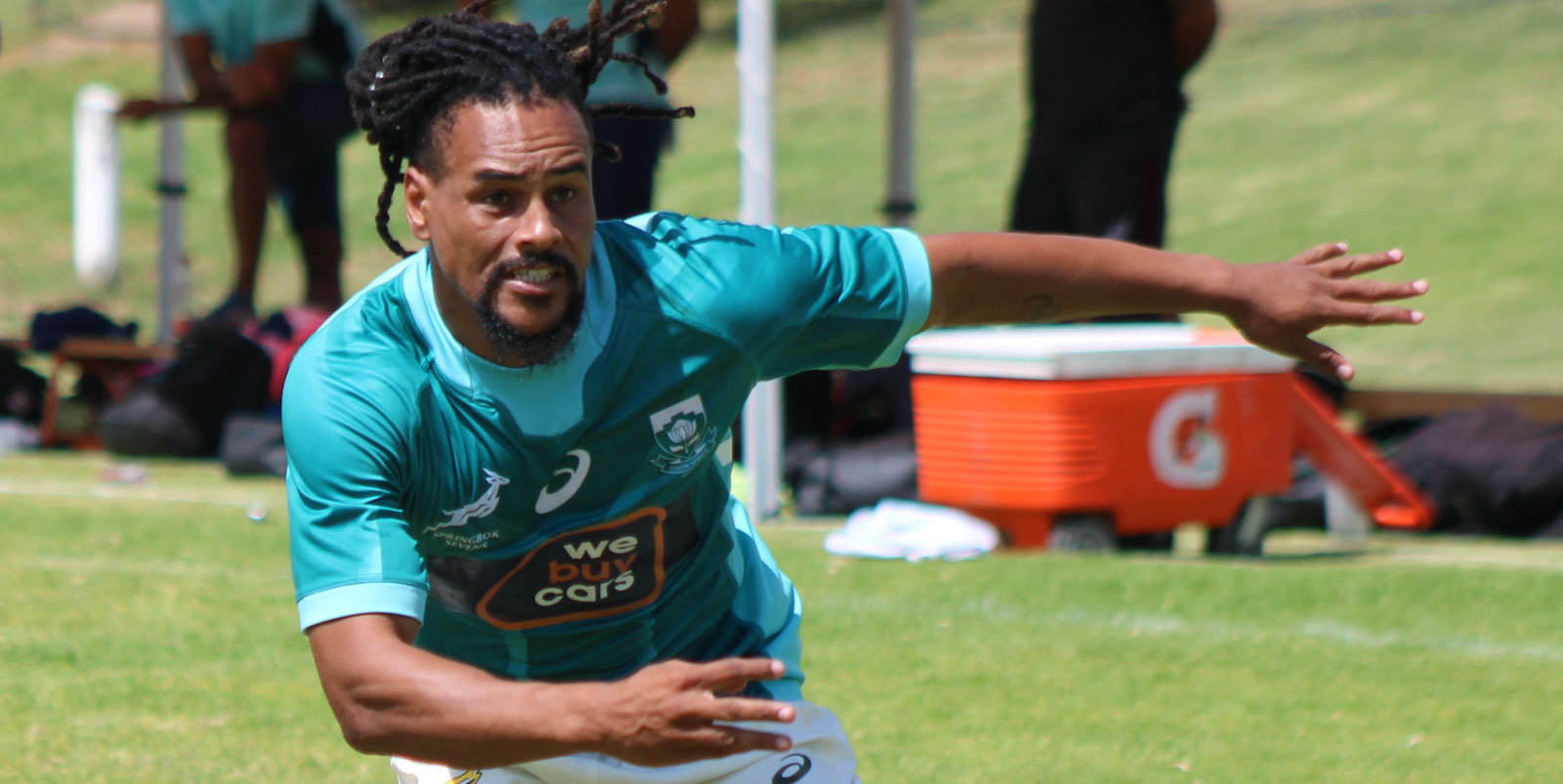 Selvyn Davids is fit and ready for Hamilton leg of World Series.

"Then COVID came and stalled everything. Jaiden played really well for Boland last year and this time around, he could join us. He did very well in training, and we wanted to add more playmaking to our backs, something he can certainly do.

"He is also extremely fast, no wonder he goes by the nick name of 'Die Wind' (The Wind) and, he is not scared to tackle. I am really looking forward to what he will bring."

Davids, the leading playmaker in the team, missed both the Dubai and Cape Town legs due to injury and his return will be much anticipated, whilst Williams made the last of his seven appearances in Los Angeles in August last year in the final tournament of the 2022 series, but then picked up an injury that ruled him out for the rest of the year.

Ngcobo said: "Selvyn is obviously one of the best, but picked up a knee strain after Hong Kong and we wanted to have him fit for the 2023 part of the season, so he did rehab rather than play in Dubai and Cape Town. Shaun is also a great player, so versatile and he has emerged as one of the leaders in the squad and his speed will benefit the backs no doubt."

In a straight swop Christie Grobbelaar, who missed selection in Dubai and Cape Town, comes in for James Murphy amongst the forwards in the other change to the squad.

"We are looking to build a particular breed of forwards and Christie fits that mould. He is fast and skilful and can play at high pace in all six matches of a tournament," said Ngcobo. 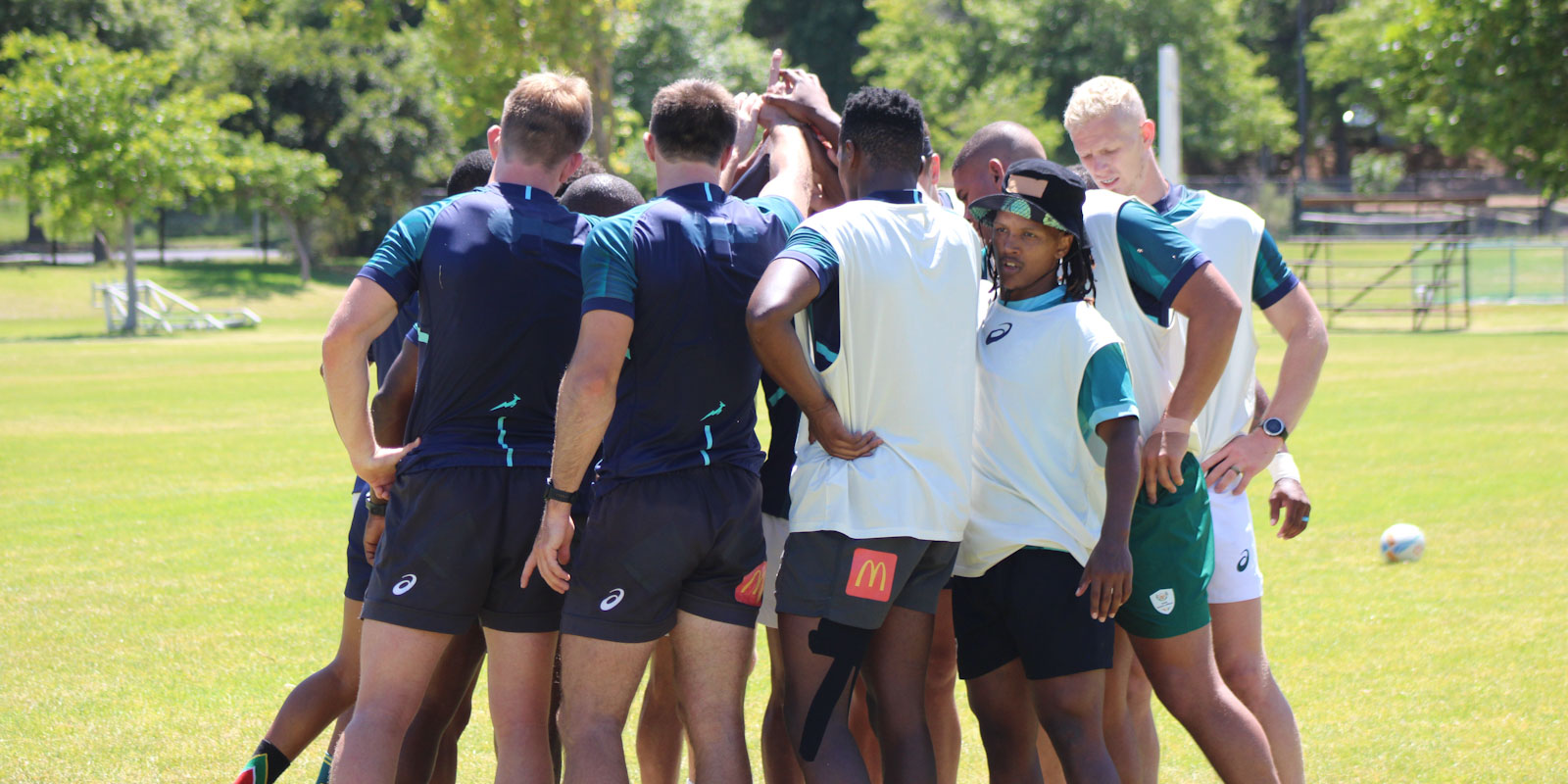 The Blitzboks completed training in South Africa on Friday.

South Africa will open the tournament on Saturday, 21 January, with a Pool D clash against Canada before matches against Spain and Argentina later in the day.

The Blitzboks, currently co-leaders in the World Series, will travel to New Zealand on Saturday.

With several important games being decided with late scores, there was certainly a lot to engage rugby fans and have them biting their nails in the latest round of the Vodacom United Rugby Championship, none more so than the Glasgow thriller that ended the round.

World Rugby has announced a series of law applications which has been implemented game-wide from 1 January 2023 aimed at speeding up the game.

Mr Mark Alexander, President of SA Rugby, paid tribute to Douglas Martin ‘Dougie’ Dyers, one of the most important pioneers in the history of South African rugby, who sadly passed away on Tuesday at the age of 86.

A last-gasp try by Glasgow Warriors wing Sebastian Cancelliere, his second of the match, condemned the DHL Stormers to a heart-breaking 24-17 defeat in a thrilling Vodacom United Rugby Championship clash at Scotstoun Stadium on Sunday.

Connacht too good for Sharks in gusty Galway

Saturday’s Vodacom United Rugby Championship assignment in gusty Galway proved mountainous for a much-changed Cell C Sharks side as they suffered a 24-12 defeat to Connacht.

The Cell C Sharks secured their place in the Heineken Champions Cup Round of 16 when they romped to a 32-3 bonus-point win over an outclassed Union Bordeaux-Bègles outfit that conceded four yellow cards at Hollywoodbets Kings Park on Saturday.

The Vodacom Bulls delivered a classy display against the Exeter Chiefs to score six tries to four for a valuable 39-28 bonus-point victory in their Heineken Champions Cup match at Loftus Versfeld on Saturday night.

Three yellow cards in the second half and missed opportunities in the first, saw the Emirates Lions subside to an ultimately disappointing 17-7 (halftime 0-7) Challenge Cup defeat at the hands of Stade Francais in wet and windy Paris on Saturday.

The Toyota Cheetahs showed great grit to push the Scarlets to the limit in their EPCR Challenge Cup rematch in Llanelli on Friday night but succumbed 20-17 in the end.

The DHL Stormers were stuck in cruise control as they clinched a 28-14 bonus-point win over 13-man London Irish in their Heineken Champions Cup clash in Brentford on Sunday afternoon.

With several important games being decided with late scores, there was certainly a lot to engage rugby fans and have them biting their nails in the latest round of the Vodacom United Rugby Championship, none more so than the Glasgow thriller that ended the round.

The Cell C Sharks secured their place in the Heineken Champions Cup Round of 16 when they romped to a 32-3 bonus-point win over an outclassed Union Bordeaux-Bègles outfit that conceded four yellow cards at Hollywoodbets Kings Park on Saturday.