Victories will be front of mind for the five South African teams in action in the Heineken Champions Cup and EPCR Challenge Cup competitions this weekend as they attempt to qualify for playoff spots in the closing pool round of the European showpieces.

The Cell C Sharks – currently in second place in Pool A on the Heineken Champions Cup standings – were the first SA team to qualify for a place in the knockouts in the inaugural season for the domestic teams, and the Vodacom Bulls and DHL Stormers will look to follow suit this weekend against two French clubs.

The Emirates Lions and Toyota Cheetahs will also target strong finishes to their EPCR pool fixtures as they aim to finish in the top six in Pool B of the competition when they face the Dragons and Section Paloise respectively on Sunday.

The Vodacom Bulls, who are currently in sixth place in Pool A of the Heineken Champions Cup, will line up against Lyon at Matmut Stadium de Gerland in the opening match of the weekend on Friday, where they need to bank a bonus point to secure their place in the top eight on the standings to advance to the playoffs.

However, victory in expected freezing conditions could see them finish in the upper echelons of the table depending on the other results, which could secure the Vodacom Bulls an easier playoff-match, possibly at home in Pretoria, so they will have all the motivation they need to register a good win.

With two victories in three matches and the team coming off an impressive 39-28 victory against the Exeter Chiefs last weekend, the Vodacom Bulls will place a big emphasis on winning momentum. The Pretoria side will draw confidence from the fact that they won the last encounter between the sides 42-36 at home, but the narrow losing margin is expected to inspire the hosts.

The Cell C Sharks will have their sights set on retaining their unbeaten run when they take on Harlequins at the Twickenham Swoop in London on Saturday, but they will be wary of the home side, who will be desperate to stay in the playoff race. 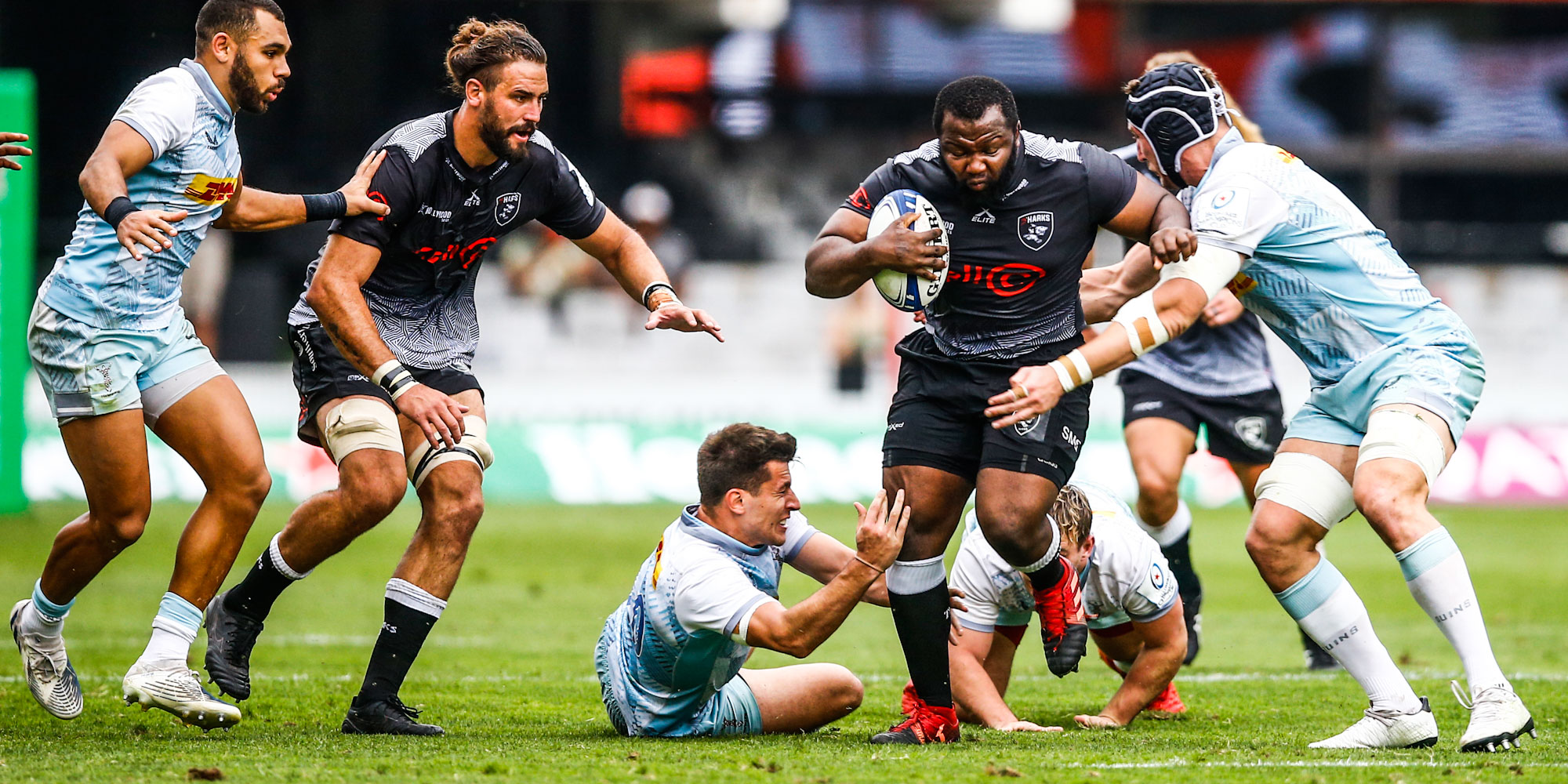 Harlequins will also be determined to make up for their heart-breaking 30-29 defeat against Racing 92 last week despite the French side being reduced to 12 men in the closing minutes, which will add to their drive to deliver an entertaining spectacle in front of their home support.

The Durbanites have been more effective on attack and defence so far this season, and they defeated Harlequins 39-31 in their last meeting in round one, which will boost their confidence going into the clash.

The DHL Stormers, meanwhile, will host ASM Clermont Auvergne in Cape Town on Saturday, where they will target a third consecutive win in the tournament.

Depending on the other results, a bonus point should be enough for the DHL Stormers to qualify for the playoffs, but given the Cape side’s high standards, they will see this as a last resort.

They will, however, expect a big onslaught from Clermont, who may require a victory and possibly with a bonus point to remain in the competition depending on how the other teams perform. Adding spice to the clash, the French club defeated the DHL Stormers 24-14 in the opening round of the competition in France, and this is expected to give them a mental boost going into the match.

In the EPCR Challenge Cup, the Emirates Lions will give everything to register a victory against the Dragons in Newport to retain their place in the top six in Pool B to qualify for the playoffs. 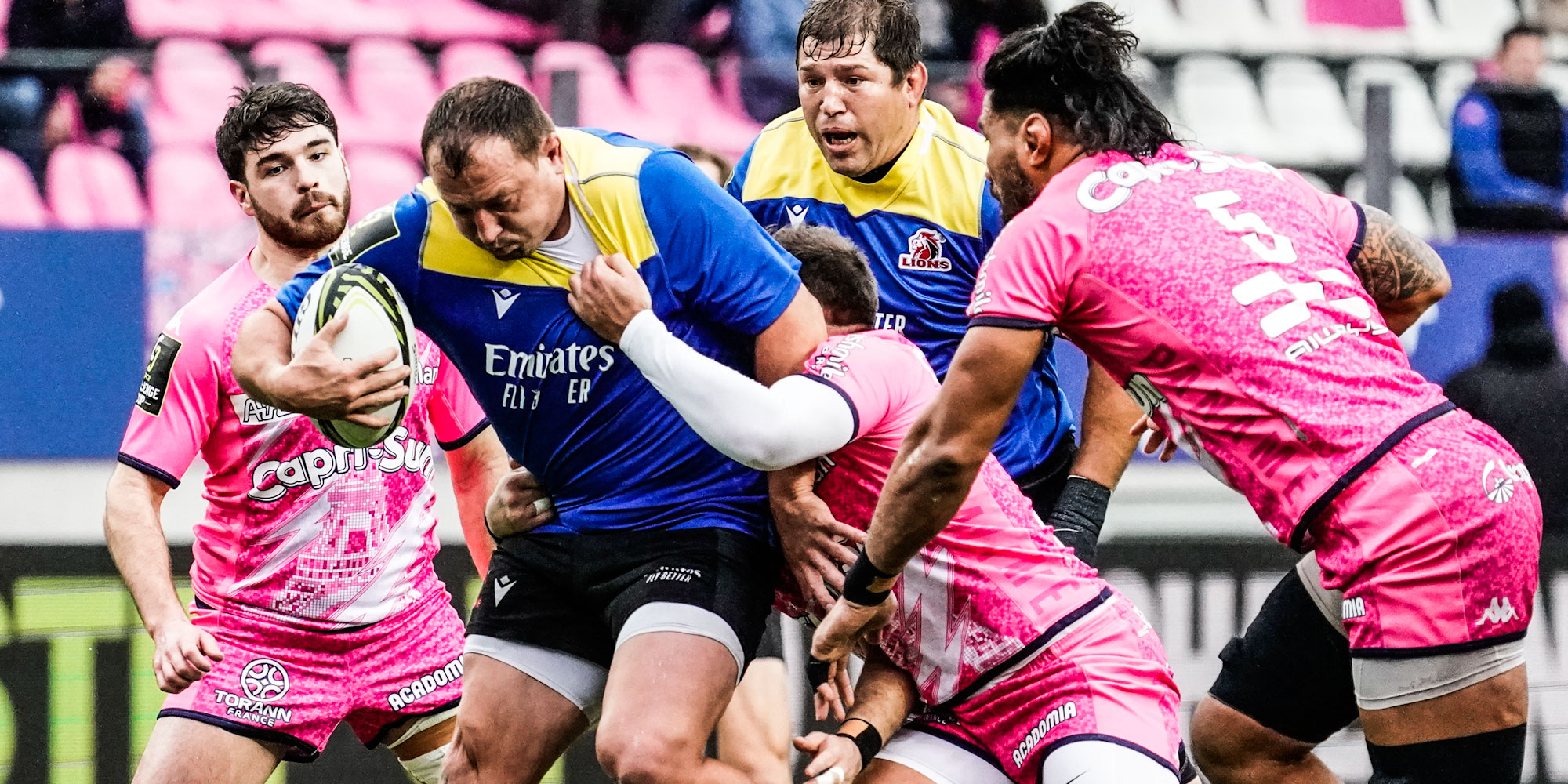 JP Smith in action for the Emirates Lions against Stade Francais last weekend.

The Johannesburgers are currently third in Pool B following a win, a defeat and draw in their three matches, but they are tied on eight points with Stade Francais and the Dragons.

Section Paloise and the Toyota Cheetahs, however, trail by only two points, which will add to the pressure on the Emirates Lions going into this encounter.

The visitors have been more effective on defence in the competition, and they will look to capitalise on that when the sides meet, but the Emirates Lions will have their 31-31 draw in their last meeting in the back of their minds when they take the field, which will set the scene for a gripping clash.

Given the narrow margins between the sides on attack, with the Free Staters having scored only six more points than their French opponents, and the fact that both sides come off narrow defeats last week, it could be a gripping match.

Blue is the colour as SA Rugby steps up concussion...

The South African domestic rugby season is due to kick off soon and a zero-tolerance stance towards head injuries and co...

Morning, noon or night, the Blitzboks know they have to be switched on and ready to deliver as they aim to continue their growth as a squad at the HSBC New Zealand Sevens this weekend.

Quest for home advantage ups ante in final round

The decision to do away with the double leg format in the Heineken Champions Cup round of 16 has significantly upped the ante for the teams as they head into the final round of the pool phase of the competition this weekend.

Blitzboks have to adapt quickly in New Zealand

The Springbok Sevens will not only have to cope with the time difference and massive home support but also blending in a raft of new players at HSBC New Zealand Sevens in Hamilton this weekend.

Blitzboks to celebrate milestones in Hamilton

Springbok Sevens stalwart Ryan Oosthuizen will be completing a personal milestone this weekend at the HSBC NZ Sevens tournament in Hamilton, when he is due to compete in his first HSBC World Rugby Sevens Series tournament in New Zealand, although he has already represented South Africa in 35 tournaments.

Teams named for final pool round in Europe

The five South African teams in action over the coming days in the final round of pool action of the Heineken Champions Cup and the EPCR Challenge Cup have been named.

Ngcobo: “No excuses” for Blitzboks in Hamilton

Springbok Sevens head coach Sandile Ngcobo has set his team three goals for this weekend’s HSBC New Zealand Sevens tournament in Hamilton, which will ensure they stay on the path to their long-term goal for the season – to qualify for the 2024 Olympic Games in Paris.

The DHL Stormers delivered a strong second-half performance in their Heineken Champions Cup match against ASM Clermont Auvergne at the DHL Stadium in Cape Town on Saturday to overturn a 6-3 halftime deficit into a 30-16 victory for a favourable playoff spot.

Morning, noon or night, the Blitzboks know they have to be switched on and ready to deliver as they aim to continue their growth as a squad at the HSBC New Zealand Sevens this weekend.