And according to the CEO of the Vodacom United Rugby Championship, Martin Anayi, there can be no argument that they deserve their spot in the two tournaments.

On top of that, all five South African franchises - including the Toyota Cheetahs - qualified for the playoffs in their respective competitions.

This gives Vodacom URC a greater participation in the knockout stages than either the English Premiership or French Top 14, adding some spice to the rivalry between the three leagues.

Anayi has been pleased at the progress thus far - the Vodacom URC has broken all metrics in terms of spectator attendance, television audience and the tournament continues to grow from strength to strength.

Add to that the success in the two formerly European competitions and the outlook looks strong for the Vodacom URC going forward.

“For us, we knew it was coming, we’d seen it in the URC, but it is always nice to read about it," said Anayi.

"There was even an article on BBC this morning about how positive the entry of the South African teams has been to the Champions’ Cup and Challenge Cup.

“We’ve got all eight of our teams to qualify for the round of 16 in the Champions Cup and 15 out of 16 qualified for the knockouts across the two competitions. And all the South African teams are through - including the Cheetahs. I’m happy about that.”

It is now clear that the entry of the South African sides has increased depth in the Vodacom URC and that has made teams stronger across the board. 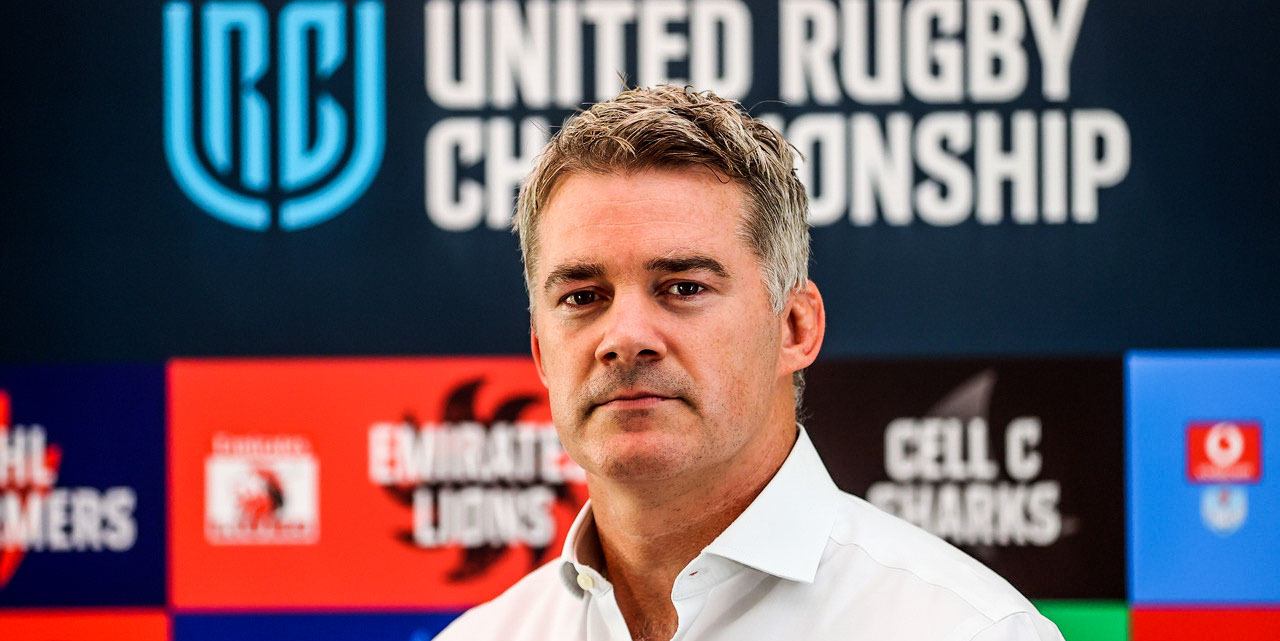 “The benefit that we have had of the South African teams coming in - and hopefully it has been reciprocal - is the competition has got better, the more depth that we’ve got in everyone of our squads," added Anayi.

“What we’ve seen is teams like the Sharks not pick their best team and almost beat Leinster away from home. What we are starting to see is that when the best teams are out on the field, the competition is really top notch.

“What we’re seeing in the competition, the depth being created in each of the teams, that plays into the scenario we’ve always been trying to shoot for, is the ‘Any Given Sunday’ philosophy of depth in the competition and jeopardy from one game to another. Taking that forward into Europe has been very pleasant to see.

“What you are getting now is teams that have not had the run of results they’ve had in the league - say Ospreys and Scarlets winning away in places like Montpellier and Leicester. Scarlets have gone unbeaten in the group stages - we’ve seen that as well with Cardiff putting a really good run together. When they are doing that in those two competitions, it can only be a good thing when they bring that back to their league form.

“That’s the thing I like in having the League plus Cup playing like it does, that you can pick up form - if you don’t have it in the league, or vice versa, there is still something to play for in any game. That is a great aspect of any great series of competitions.”

While there may have been some initial skepticism, Anayi believes that the SA franchises’ performances have changed that perception and will continue to do so in future.

“I knew, because I’ve been through this with the URC entry, once we had teams going down to South Africa - just follow their social media - they’re having a great time. As soon as they get home, they pass that positivity on. I knew that was going to come," he explained.

“It underlines the fact it is no longer European - this is about Champions Cup rugby, pitting the best teams against the best and we are getting that. There is nobody in this world that can tell me the big four South African franchises don't deserve their spot at the table.”

The Vodacom URC resumes this weekend as teams from the five countries continue to battle it out for qualification for next season’s tournament.

Blue is the colour as SA Rugby steps up concussion...

The South African domestic rugby season is due to kick off soon and a zero-tolerance stance towards head injuries and co...

The Springbok Sevens team dropped two close results at the HSBC New Zealand Sevens on Sunday and finished in a disappointing seventh place at the FMG Stadium in Hamilton, as well as sliding to fourth on the overall HSBC World Rugby Sevens Series standings for the 2023 season.

Jordan Hendrikse kicked 20 points as the Emirates Lions secured their place in the EPCR Challenge Cup playoffs with a 30-25 victory over the Dragons on a chilly afternoon at the CCB Centre for Sporting Excellence in Ystrad Mynachon on Sunday afternoon, with the team from Johannesburg starting strongly to lead by 27-5 at the break.

SA to host next two World Rugby U20 Champs

South Africa will host the next two editions of the World Rugby U20 Championship, in 2023 and 2024, the global governing body and SA Rugby confirmed on Thursday, while Kenya was awarded the World Rugby U20 Trophy tournament as the best junior players will head to Africa this year.

The return of the HSBC Sydney Sevens was widely welcomed amongst those involved in the HSBC World Rugby Sevens Series and Springbok Sevens coach, Sandile Ngcobo, is amongst those who will enter the Allianz Stadium with a big smile on Friday.

The Vodacom Bulls and DHL Stormers have named their sides for Friday's two Vodacom United Rugby Championship encounters when they line up against Scarlets and Ulster respectively.