For Davids and Pretorius, inclusion into this select group is a very special milestone and achievement. The team was selected by the World Rugby Sevens Series Awards panel, comprising former international sevens players and series commentators. 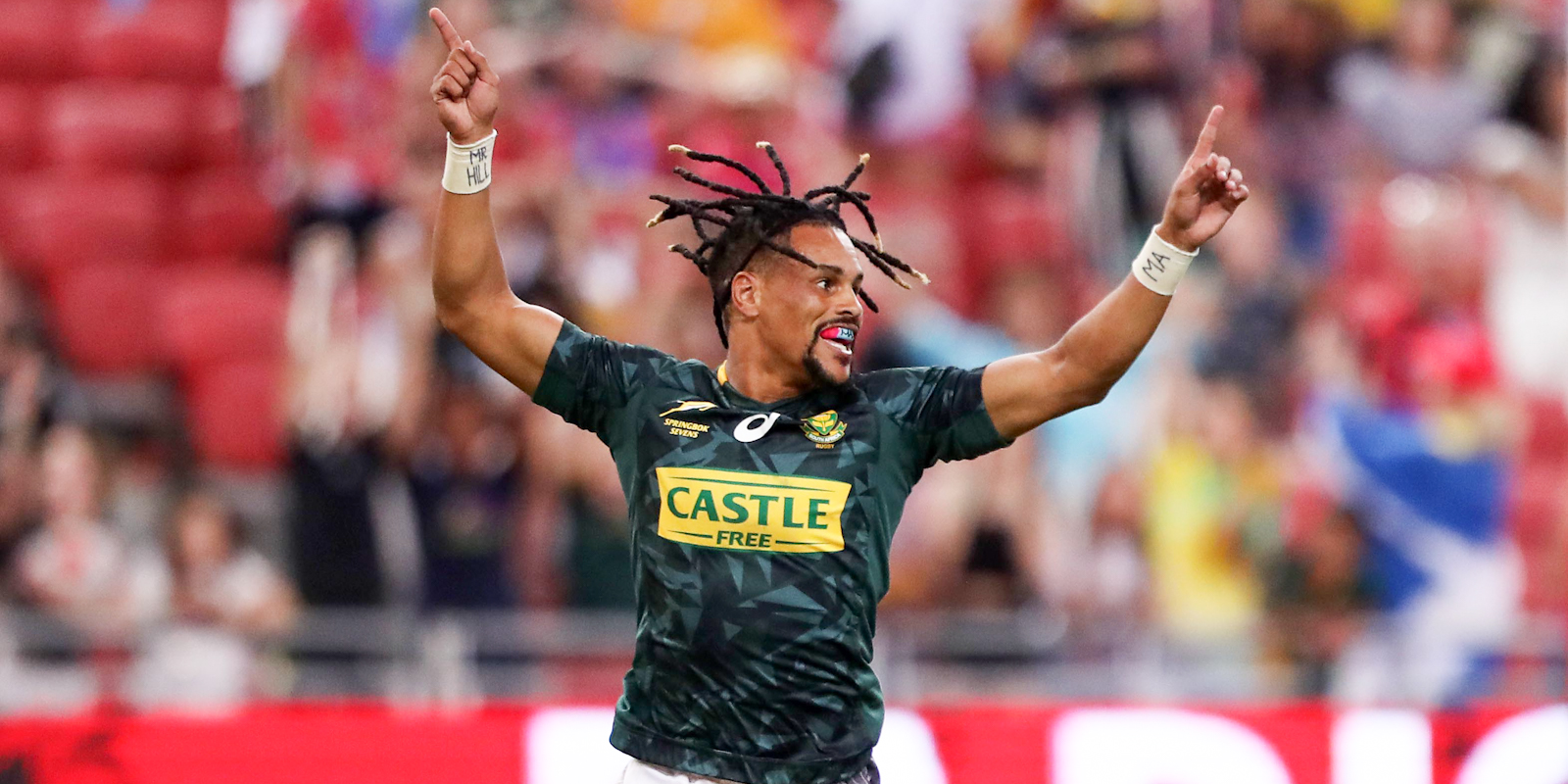 Davids, who scored 109 points for the Blitzboks in 33 matches with 11 tries and 27 conversions, also made 52 runs, topped only by Pretorius.

The 21-year-old forward not only made 53 runs, but also scored 13 tries and made 41 tackles in 27 matches, placing him second in both categories for the Blitzboks.

“It certainly is a dream come true and very unexpected," said Davids.

“One will always credit your teammates when awards come your way, and this is certainly as much acknowledgement to their efforts as to mine. They contributed in a huge way and I want to thank them for that.”

Davids particularly enjoyed his try against Argentina in Sydney – where he outpaced a number of defenders in an 80 meter run – “as I cannot recall ever having to run that far for a try!”

The Blitzboks’ victory at the HSBC Los Angeles Sevens was his stand-out moment in the season, Davids added: “I was not on the field anymore when we scored to force extra time and then got the winning try in sudden death, but even from the side, that was an amazing feeling. In fact, I still get goose bumps just talking about it.” 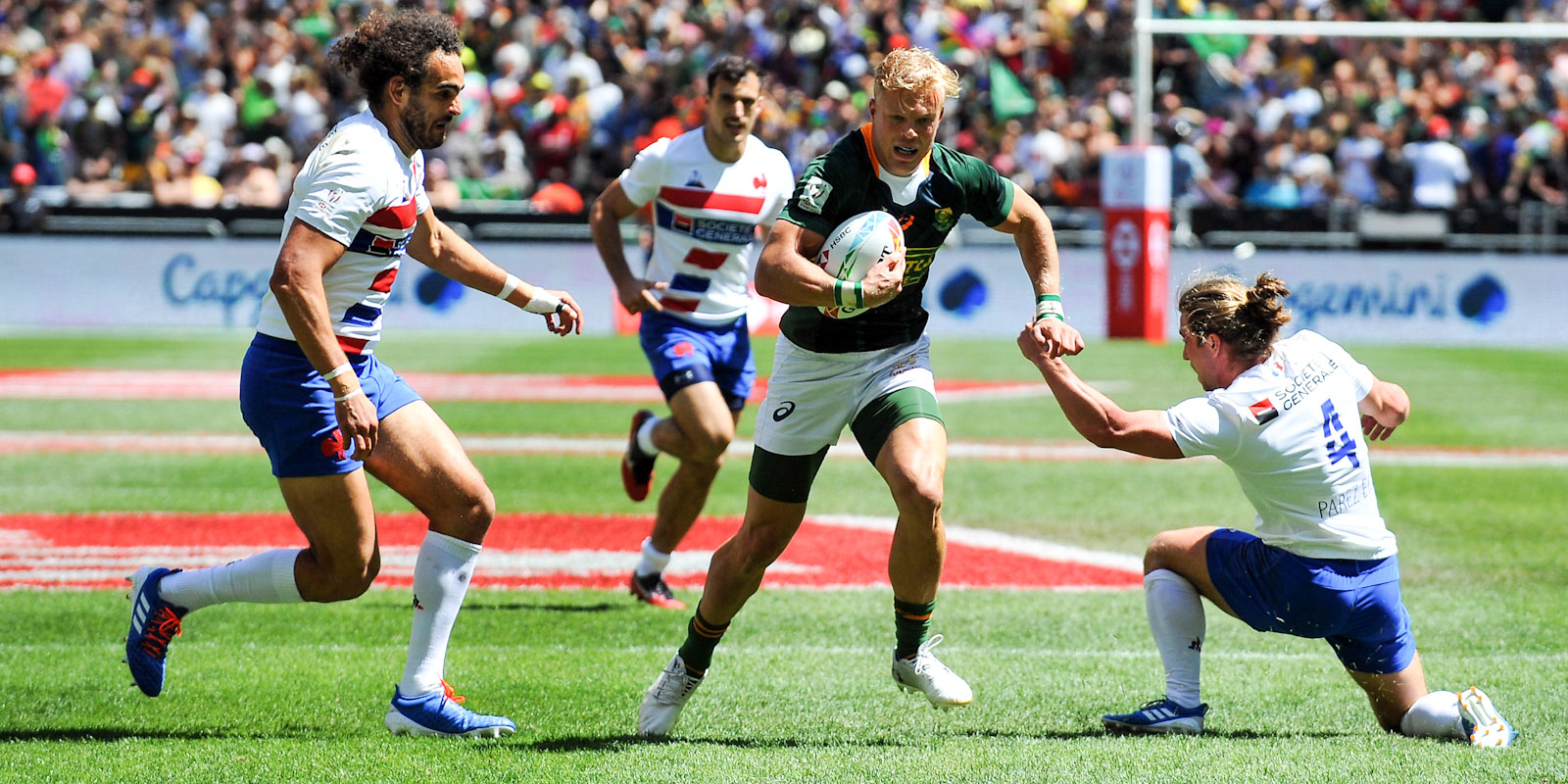 Pretorius concurred: “That was special yes. My favourite try was against Japan in Cape Town though. Just playing in front of our home fans for the first time was such a special moment for me and when I scored my first try in front of them, it was such an amazing feeling.”

For Pretorius, his Dream Team selection was equally surreal.

“It has been a dream of mine to make this team, but even so, I am still a bit stunned,” said Pretorius.

“It is still sinking in and I am enjoying every minute of this. We are pretty much a team where everyone contributes and as such, this is also reward to the rest of the guys, so I want to thank all of them as well for the award.”

Attention to detail is a critical element found in the DNA of most, if not all successful sports team around the globe, ...

The Blitzboks have started their new season after their 2020 World Series was interupted and cut short due to COVID-19. ...

Video: Davids and Pretorius on making the Dream Te...

Two Blitzboks, JC Pretorius and Selvyn Davids, were named in the HSBC World Rugby Sevens Series Dream Team at the end of...

Springbok Sevens players Selvyn Davids and JC Pretorius were honoured for their superb performances during the shortened...

On August 25, PRO14 Rugby acknowledged that under current international travel restrictions it is not possible for South African teams to fulfil Guinness PRO14 fixtures until 2021.

The Springboks will begin their defence of the Castle Lager Rugby Championship with an away match against Argentina – in Brisbane – before a ‘home’ game against the Wallabies in Sydney, it was announced overnight as SANZAAR unveiled the competition fixtures.

Springbok flyhalf and 2019 Rugby World Cup winner, Elton Jantjies, will lead an Emirates Lions team featuring a vibrant mix of youth and experience on Saturday when they cross paths with the DHL Stormers in the Vodacom Super Fan Saturday double-header at Loftus Versfeld.