The Toyota Cheetahs boosted their Carling Currie Cup semi-final hopes with a well-earned 37-10 bonus-point victory over the Cell C Sharks in Bloemfontein on Sunday afternoon.

Victory moved Hawies Fourie’s team to within just two points of the fourth-placed side on the log following their impressive triumph over the Durbanites at the Toyota Stadium.

The Free Staters now have 26 league points compared to the 28 of the Cell C Sharks.

The Vodacom Bulls currently lead the standings on 35 points, followed by DHL Western Province (31) and the Xerox Lions (29).

In a match played in perfect summer conditions, the Bloemfontein side enjoyed the upper hand for most of the first half thanks to their superiority in the scrums and dominance at the breakdown.

The visitors made too many errors, and coupled with some poor discipline, they allowed Frans Steyn to keep the scoreboard busy with his booming boot. 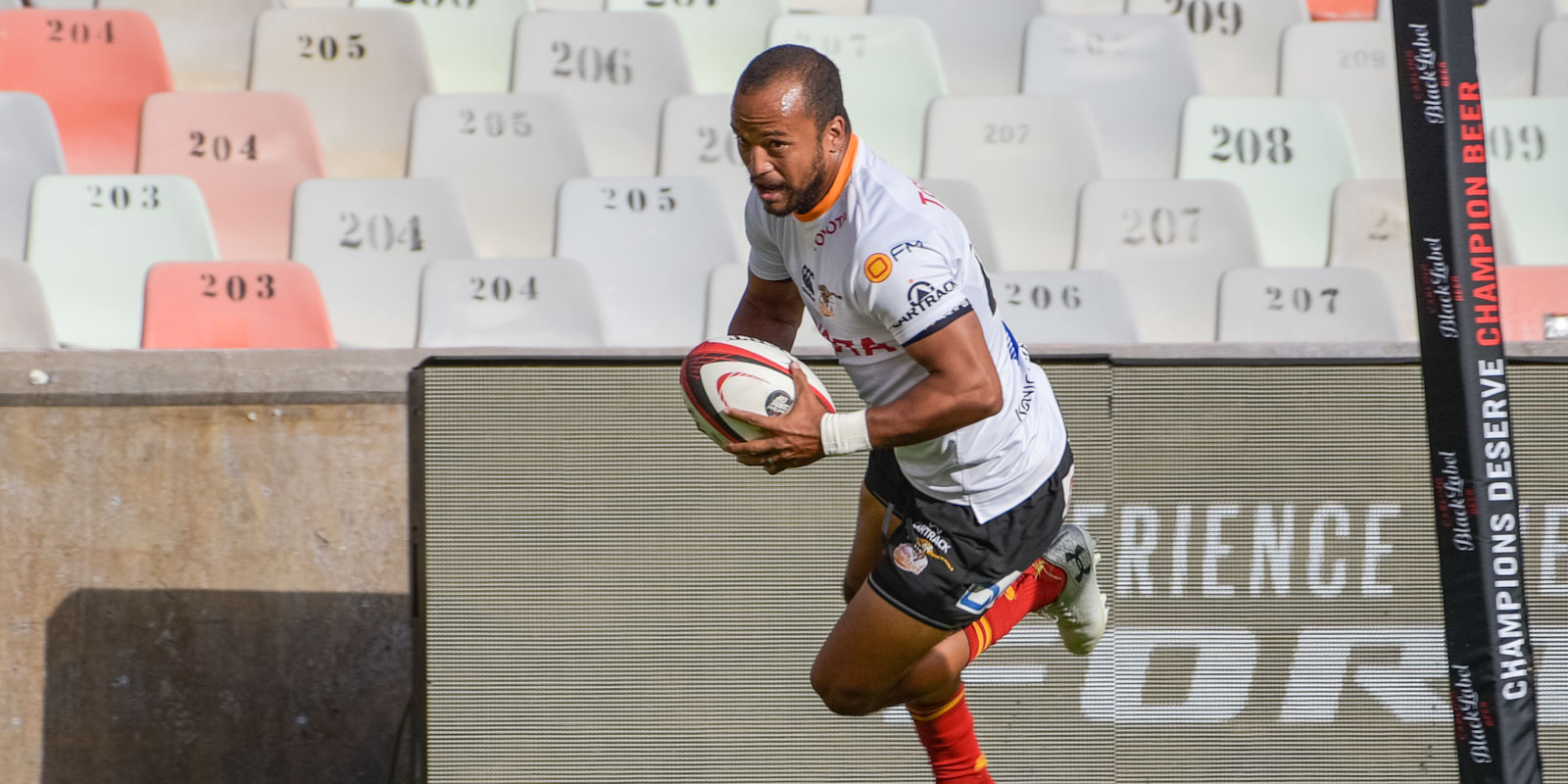 Rhyno Smith scored one of three first half tries for the home side.

The first half saw the Toyota Cheetahs score three tries through Carl Wegner (lock), Marnus van der Merwe (hooker) and Rhyno Smith (replacement wing), while Steyn converted all of them.

Smith came on as a first half replacement for William Small-Smith who left the field due to injury.

Yaw Penxe (wing) was the scorer of the only Cell C Sharks try which Curwin Bosch (flyhalf) converted, while he also added a penalty goal to the reduce the halftime deficit to 17 points. 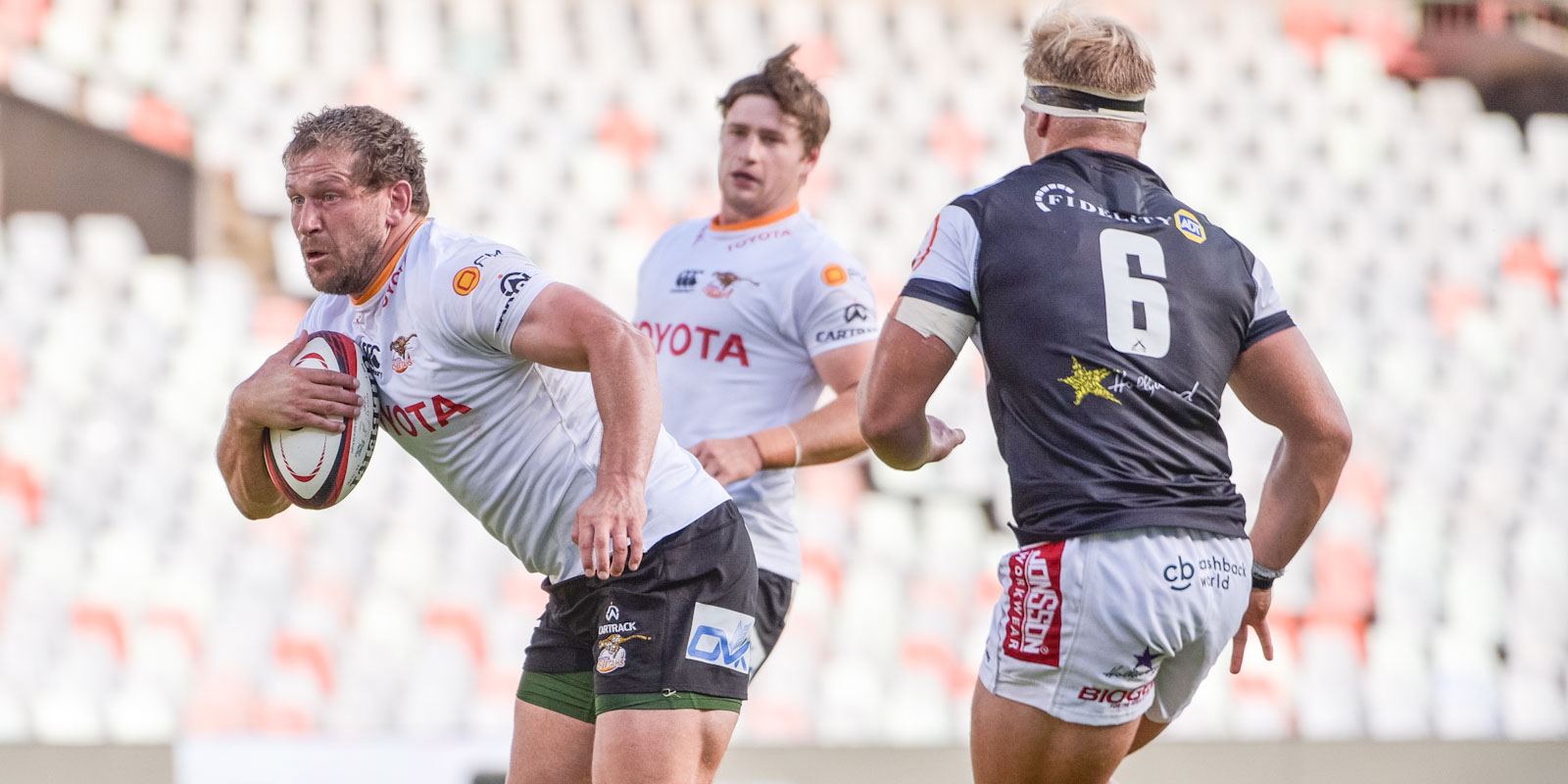 Frans Steyn had an impressive match for the Toyota Cheetahs.

The second half was a much closer affair, with another Steyn penalty goal and the conversion of prop Boan Venter's try the only points of an otherwise evenly matched second stanza.

Captain and lock, Wegner, gave the Bloem-side a perfect start when he crashed over the try-line straight from kick-off. Steyn landed his first of four conversions to give his team a 7-0 lead.

However, the scores were level barely two minutes later when Penxe intercepted a wayward pass for an easy run in under the poles, giving Bosch the easiest of conversions to draw the sides level 7-7.

Ten minutes later saw the Free Staters regain the lead as Van der Merwe went over under a pile of bodies, following a powerful scrum and a strong forward surge towards the try-line. The successful conversion meant the home side regained the lead at 14-7.

Steyn then punished the visiting team’s ill-discipline with two long-range penalty goals before converting Smith's try on the halftime whistle (27-10).

Speedster Rosko Specman was yellow carded for cynical play and minutes later Cell C Sharks prop John Hubert-Meyer was stretchered off the field for a blow to the head, which saw Venter (prop) also yellow carded.

Later home flyhalf Reinardt Fortuin was also shown yellow, but the visitors could never capitalise on those numerical advantages. 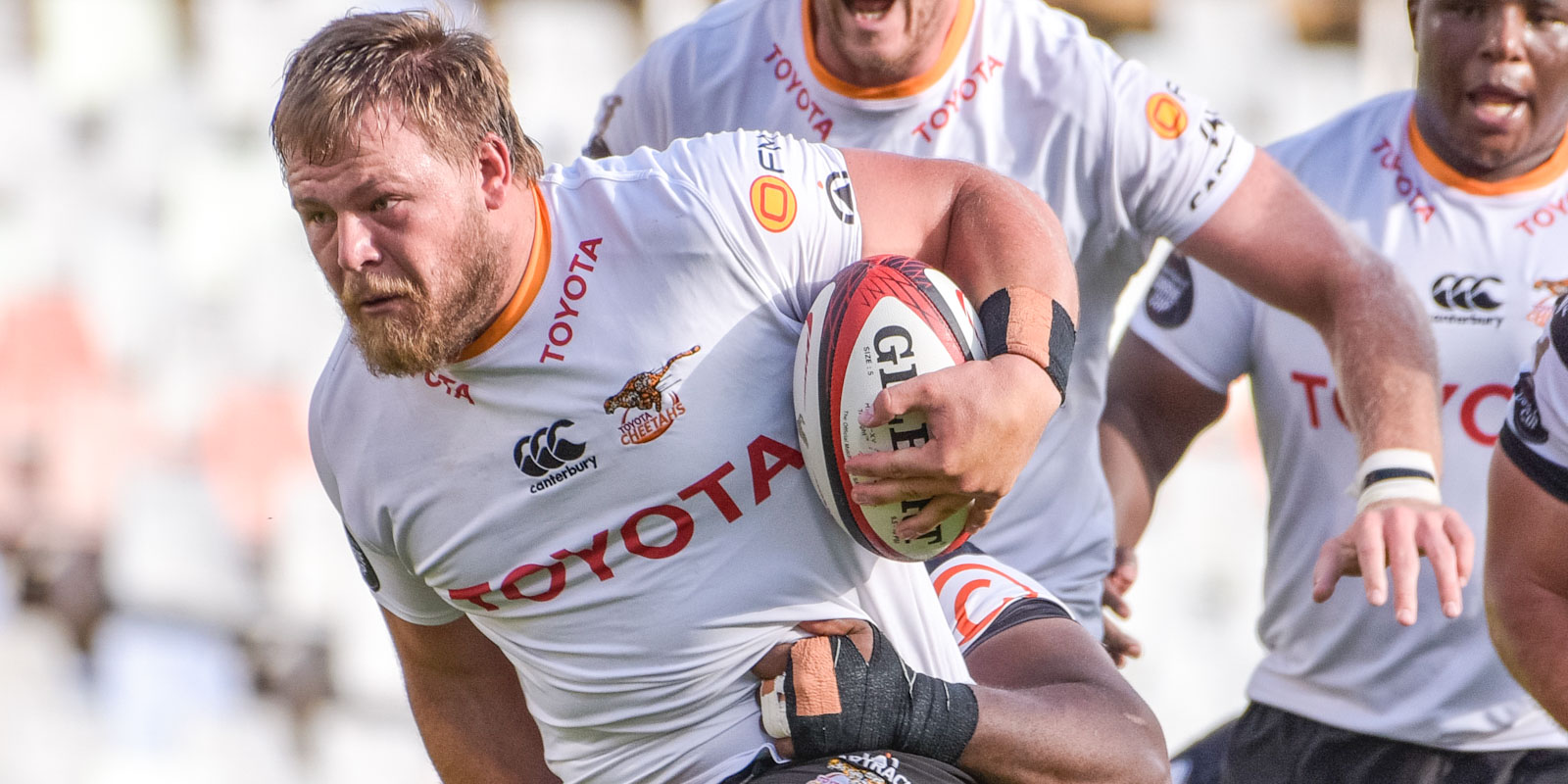 Boan Venter scored the all-important fourth try for the Bloem side.

Steyn was again on target with his only penalty goal of the second half, while Venter grabbed the all-important fourth try three minutes after the sound of the final hooter to secure the important bonus point.

It was no surprise when the impressive Steyn kept his 100 percent kicking record intact with his fourth conversion.

Specman back on the wing for Toyota Cheetahs

The return of try-scoring winger, Rosko Specman, and the inclusion of Reinhardt Fortuin at flyhalf are two of the most significant changes to the Toyota Cheetahs side that will take on the Cell C Sharks in Round Five of the Carling Currie Cup on Sunday.

The news that Ulster superstar Marcell Coetzee had decided to leave Ireland to return home to South Africa may have overshadowed the traditional Boxing Day derby weekend in Guinness PRO14, but it didn’t stop the Belfast side’s march in Conference A.