The DHL Western Province lock horns with the Tafel Lager Griquas on Saturday (Boxing Day) at DHL Newlands, where Province will be aiming to continue with their push for a semi-final spot. The side from Kimberley travel down to the Mother City determined to clinch their first win of the campaign. Saturday’s encounter starts at 16h30.

In the only match on Sunday the Toyota Cheetahs host the Cell C Sharks in another 16h30 kick off at the Toyota Stadium in the Free State capital. Both games will be televised live on the SuperSport Grandstand and Rugby channels. 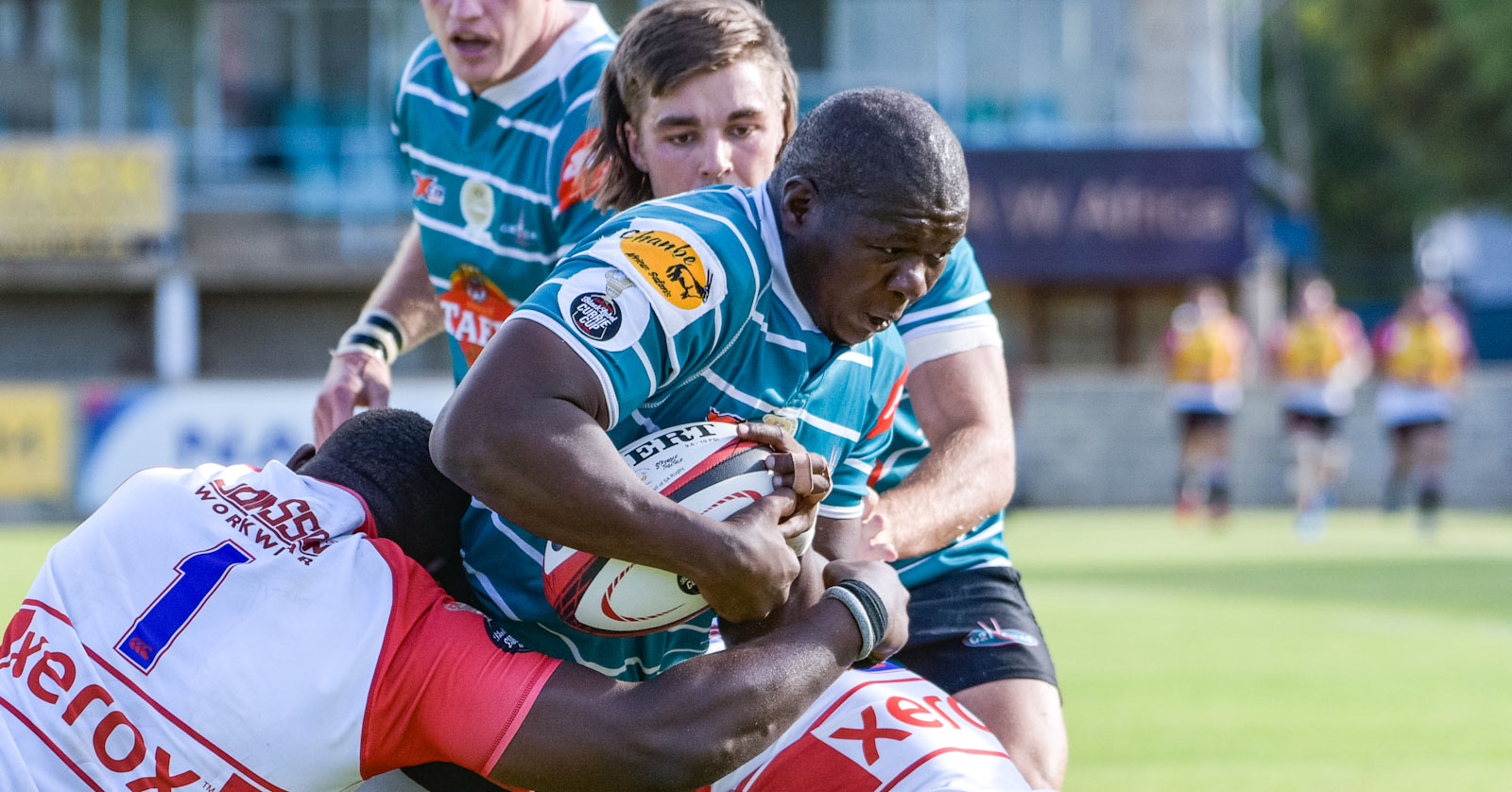 Mox Mxoli on the drive for Tafel Lager Griquas.

Wing Sergeal Petersen, No. 8 Juarno Augustus and prop Frans Malherbe are all fit again and back in the starting line-up for the home game against the team from Kimberley.

With Scarra Ntubeni sidelined due to a quad injury, Chad Solomon is set to earn his 50th DHL Western Province cap off the replacements bench.

Tafel Lager Griquas flank Gideon van der Merwe has recovered from injury and was on Thursday named in a reshuffled starting fifteen for their away game. Van der Merwe has successfully completed his injury recovery, from a head blow sustained in their home defeat in Kimberley against the Xerox Lions on 28 November, and returns to play in the No 6 jersey.

He comes back into the starting side and replaces CJ Velleman who is now set to come off the bench. The return of the loose forward is one of several changes to the forward pack. 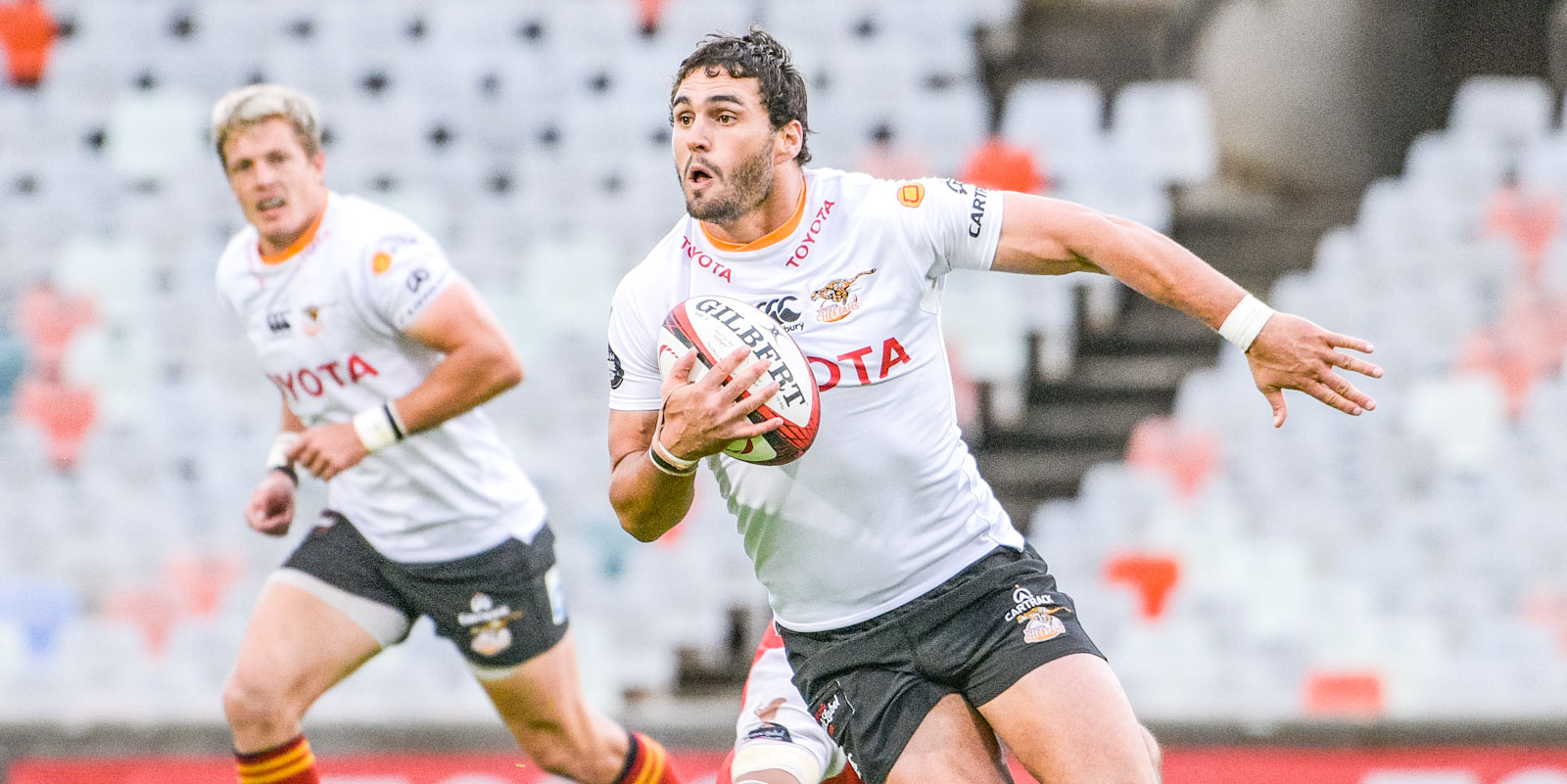 Dries Swanepoel on the run

The return of try-scoring winger, Rosko Specman, and the inclusion of Reinhardt Fortuin at flyhalf are two of the most significant changes to the Toyota Cheetahs side that will take on the Cell C Sharks on Sunday.

The two sides clash from 16h30 at the Toyota Stadium in Bloemfontein on Sunday.

Specman comes in for Duncan Saal, while in an injury-enforced move, Oupa Mohoje starts at flank in place of Aidon Davids who picked up a calf injury against the Phakisa Pumas in the Mbombela Stadium.

The Cell C Sharks announced their team on Friday morning, with Sean Everitt making four changes to his starting team for their match in Bloemfontein, while Aphelele Fassi is back on the bench after a long spell on the sidelines due to injury.

SA Rugby on Wednesday congratulated Rugby Australia and new incumbent, Andy Marinos, on the latter’s appointment as Chief Executive Officer of the organisation.

South Africa’s ‘Super’ teams will contest a “Rainbow Cup” competition next year with the current Guinness PRO14 clubs, it was confirmed on Wednesday.

Mr Mark Alexander, president of SA Rugby, has expressed his condolences to the family of the late Mr Ivan Pekeur, the Boland Rugby Union president, who passed away during the early hours on Sunday morning.

The Toyota Cheetahs boosted their Carling Currie Cup semi-final hopes with a well-earned 37-10 bonus-point victory over the Cell C Sharks in Bloemfontein on Sunday afternoon.

SA Rugby on Wednesday congratulated Rugby Australia and new incumbent, Andy Marinos, on the latter’s appointment as Chief Executive Officer of the organisation.