The Boks had their first two training sessions on Monday at their training camp in Paris after a well-deserved break following a four-month slog in which they participated in the Castle Lager Rugby Championship and Castle Lager Lions Series, and the Bok outside centre said they are excited to be back together and to return to the field.

The Springboks will open the Castle Lager Outgoing Tour against Wales in Cardiff on Saturday, 6 November, before travelling north to Edinburgh where they will meet Scotland on 13 November, and then on to London to play England on 20 November.

“Finishing off the Rugby Championship with a win in the last Test was a huge confidence booster going into the end-of-year tour, so we are in a good frame of mind as a team and we’ll definitely try to prepare for this tour as well as we can.” 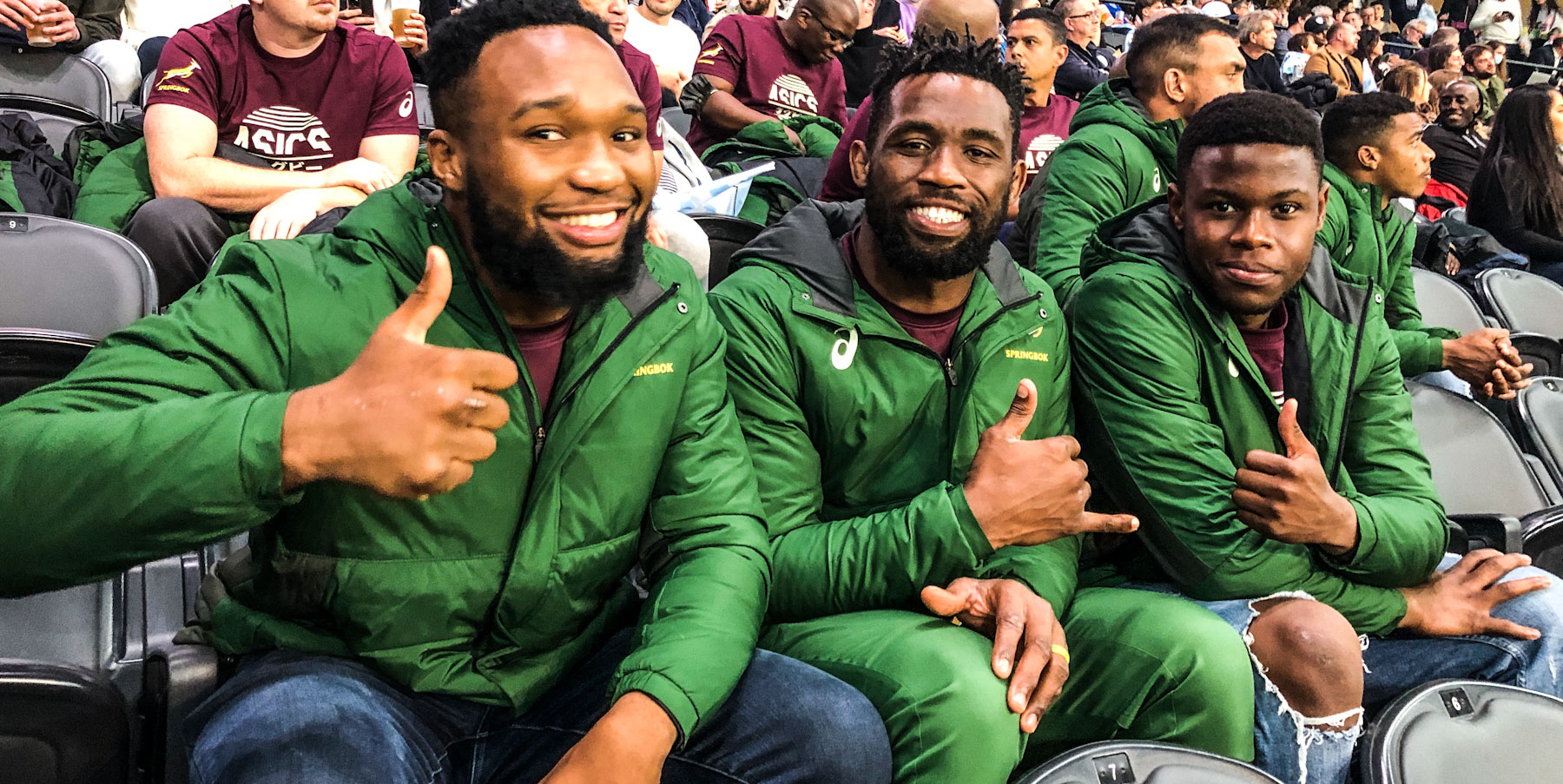 Lukhanyo Am, Siya Kolisi and Aphelele Fassi enjoy watching a French club game with the rest of the Bok squad on Saturday.

The speedy outside centre, who started in all four matches in Queensland and scored a try against Australia in Brisbane, added that the break after returning from Australia was good for the team.

"Especially from a mental perspective, and it gave the conditioning coaches a chance to manage us," he said.

“The boys are rejuvenated and very happy to see each other and we are looking forward to this tour.”

While Am acknowledged that this week was a fantastic opportunity for the players to familiarise themselves with the conditions in France with the Rugby World Cup two years away, he said there was a long way to go before the international extravaganza.

“As players we do not want to think too far ahead,” said Am.

“We are mainly focused on this tour and trying to prepare as well as we can because we have been off completely for two weeks in South Africa, but it’s nice to get a feeling of the atmosphere and environment here.”

The team will have two training sessions on Tuesday and will have Wednesday off to recover before continuing their on-field preparations on Thursday.

Salmaan Moerat described his call-up to the Springbok squad - he and Grant Williams (pictured above) are the only two uncapped players in the 32-man group - as special and said his goal in the next few weeks during the Castle Lager Outgoing Tour was to learn as much as possible and become a better rugby player.

It hasn’t taken long for Leinster to put a “business as usual” stamp on the inaugural Vodacom United Rugby Championship season, with their fellow Irish club Connacht and Welsh side Ospreys helping the men from Dublin take a significant step towards establishing their domination this past weekend.

Boks will approach UK Tour one match at a time

Springbok prop Steven Kitshoff says the team will enter the three-match Castle Lager Outgoing Tour with a realistic approach of taking each Test in their stride rather than targeting a clean sweep of wins for the first time since 2013 when they return to the field next weekend.