And in the Carling Currie Cup Premier Division, an intriguing battle is on the cards between the Toyota Cheetahs and Vodacom Bulls in Bloemfontein for first spot on the log, while Windhoek Draught Griquas, the Airlink Pumas and Cell C Sharks will fight it out for the two remaining semi-final places.

Going into the weekend’s round of crucial matches, holders the Vodacom Bulls lead the standings on 47 points. They are followed by the Toyota Cheetahs in second on 43 points, Windhoek Draught Griquas third (31 points), Airlink Pumas fourth (27 points), Cell C Sharks fifth (26), DHL WP in seventh place (15) and last-placed Sigma Lions (15).

The team from Johannesburg, however, have completed their 12 league fixtures and have a bye this weekend.

In the first of two Friday matches, DHL Western Province host the Cell C Sharks from 16h00 at the Danie Craven Stadium in Stellenbosch, with the home side fighting for pride and their KwaZulu-Natal opponents seeking a big win to remain in contention for the top-four.

The second clash kicks off at 18h00 in Nelspruit, where the Airlink Pumas host Windhoek Draught Griquas. Any win for the Kimberley outfit will consolidate third place, while the Lowvelders must win and hope things go against the Cell C Sharks in Stellenbosch.

With the Vodacom Bulls and the Toyota Cheetahs secured as the two top-seeded semi-final hosts – their match in Bloemfontein kicks off at 17h45 on Saturday – DHL WP can have a direct say in who fills the two remaining playoff places, although they are out of the running themselves.

DHL WP home match against Cell C Sharks at Stellenbosch will set the weekend’s important fixtures off, with the Capetonians determined to finish the season on a high after suffering nine losses in their previous 11 games. A look at the previous five meetings between these two coastal rivals sees them even at 2-2, with one match cancelled.

The KZN visitors won the previous encounter, in February this year, by 35-20 in Durban. The Cape outfit finished on the losing side last week against Windhoek Draught Griquas (43-41) and will be hoping home ground advantage give them the edge in Stellenbosch. 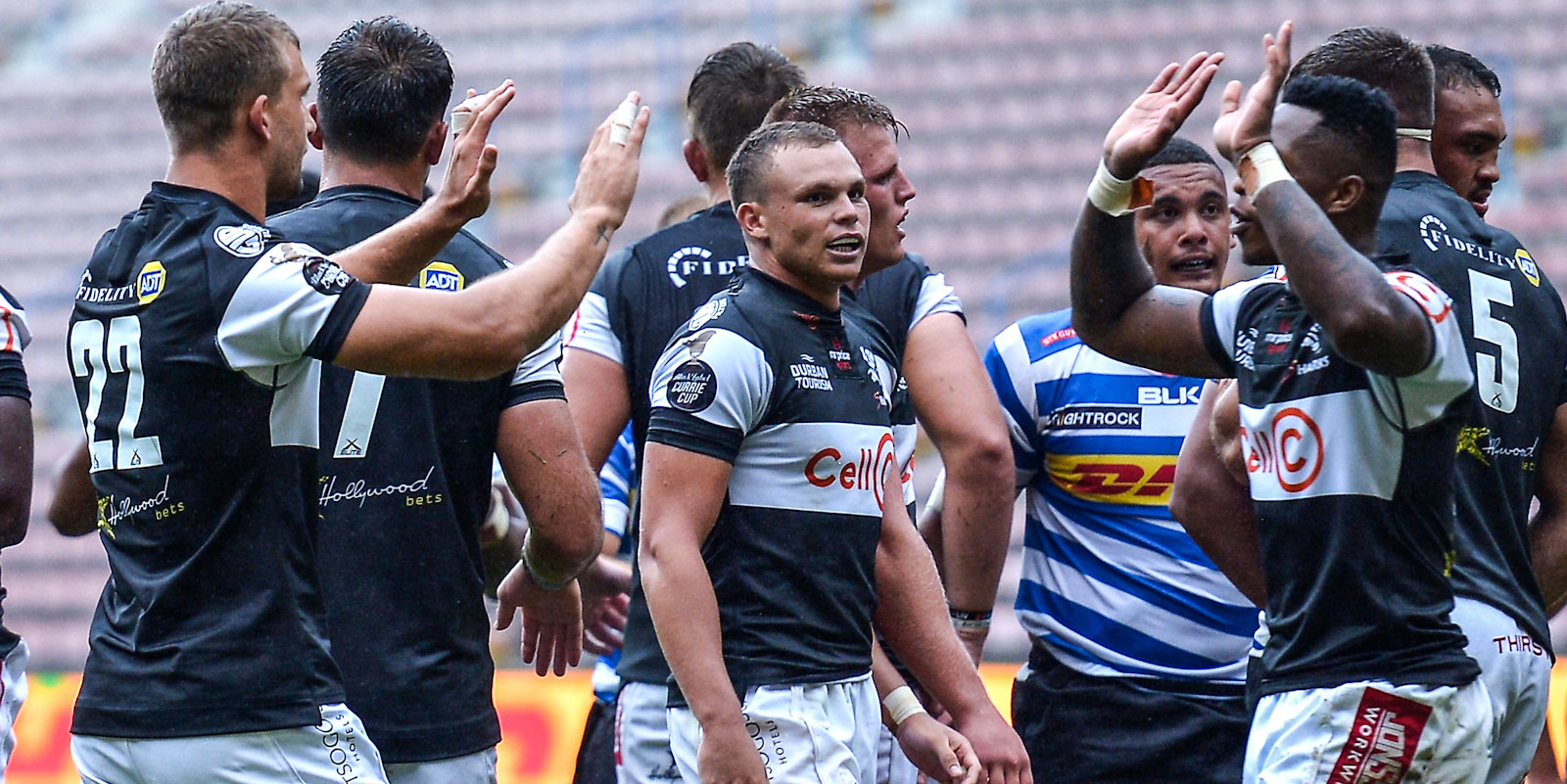 Curwin Bosch will start for the Cell C Sharks in Stellenbosch on Friday.

Following that game, the Airlink Pumas will be hoping to build on their momentum of last week, when they pipped the Toyota Cheetahs by a point in Bloemfontein, in their crucial home fixture with their Northern Cape opponents.

These two have won two each during their five previous clashes, with the other game ending in a stalemate, however, the Peacock Blues won their last meeting comfortably by 41-20 in Kimberley.

Elsewhere in Bloemfontein, the Toyota Cheetahs are set to play host to the Vodacom Bulls in the very last of the season’s regular games, with the hosts needing a win while keeping the visitors from gaining any bonus points to secure first place as their big reward.

On current form, that would appear to be a huge ask as the Free Staters have lost their last two league games after going on an impressive nine-game unbeaten run, with the Airlink Pumas pipping them 29-28 the previous weekend.

While both teams have won two games each in their last five clashes between them, the men from Bloemfontein will be hoping to repeat their 38-25 success in Pretoria in February. 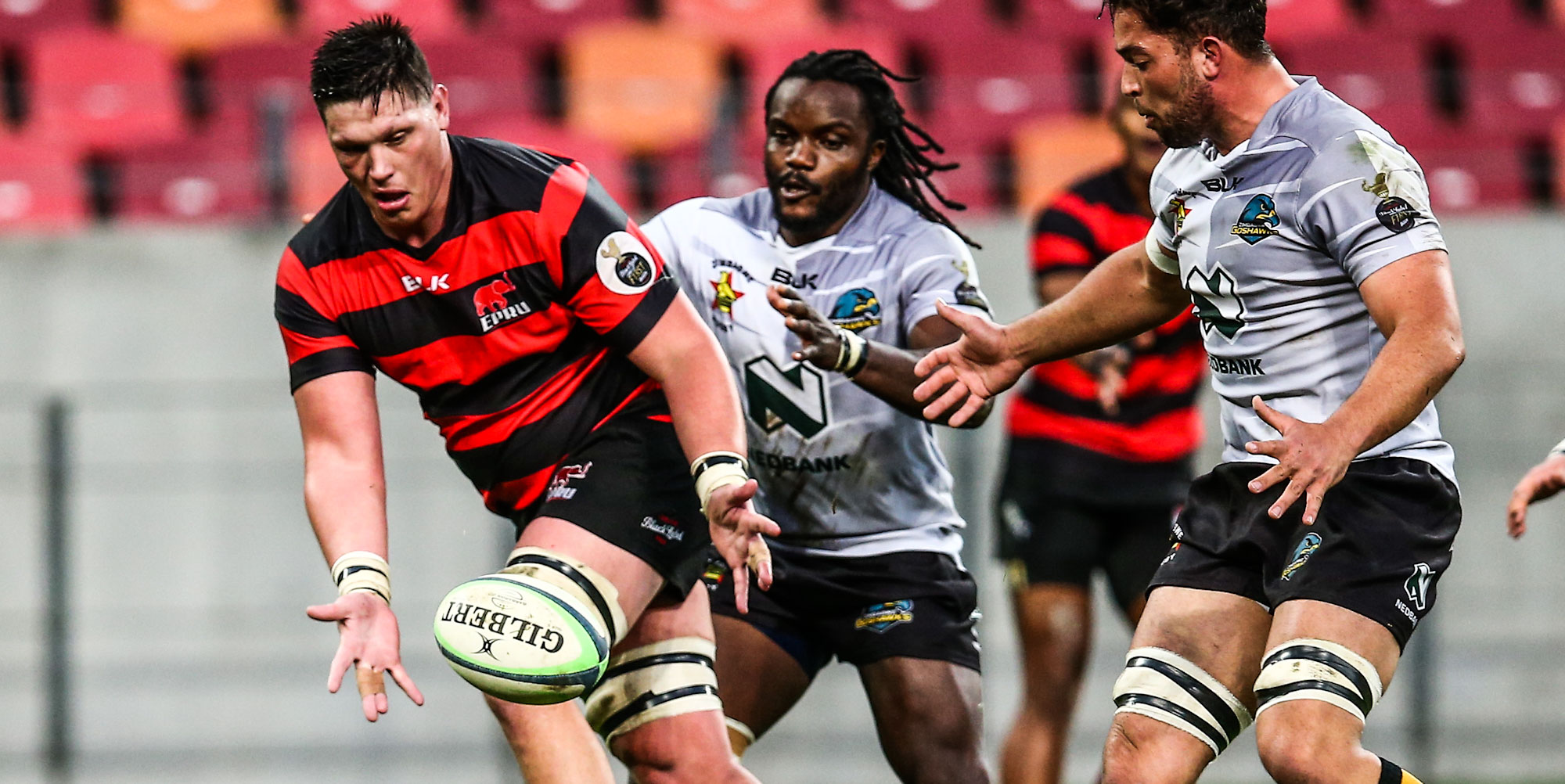 Eastern Province, in action here against the Goshawks last weekend, will finish second on the log in the First Division.

The team from Welkom are secured of the first place and with that a home semi-final thanks to their 44 points gained from a clean sweep of nine victories.

Second-placed EP have a tough away task in Nairobi where they face the Simbas, with another passionate crowd expected in the Kenyan capital city.

As Boland have finished their league commitments and will watch from the sidelines how the race to the semi-finals unfolds, there won’t be any pressure on the men from the Eastern Cape in Central Africa.

The Kavaliers are not in action this weekend and will be hoping things don’t go well for the Black Lion and SWD Eagles, both of whom are breathing down their necks just two points adrift.

SWD tackle winless Border Bulldogs in East London where the team from George are expected to bag a bonus-point win, while the Black Lion have a tough assignment in Potchefstroom against last year’s winners, the Leopards.

The weekend’s fixtures will be completed with the encounter between the Zimbabwean Goshawks and Valke in Cape Town, where the men from the East Rand can still sneak into the top four if they win big and a few other results go their way.

Ten players from the four South African teams were included in the inaugural Vodacom United Rugby Championship Dream Team for the 2021/22 season.

Unimaginable, unthinkable, and almost impossible. But that is what the Vodacom Bulls achieved in Dublin on Friday night, when they upset heavy favourites Leinster with a massively physical performance to book their place in the Vodacom United Rugby Championship final courtesy of a 27-26 victory (half-time 17-14).

Springbok coach Jacques Nienaber was satisfied with the strides made in the opening week of the team’s preparation camp for the forthcoming Castle Lager Incoming Series as the players concluded their on-field sessions on Friday before a short break for the weekend as the three Tests against Wales draw closer.

Border Ladies will defend their Women's Premier Division crown against log leaders DHL Western Province on Saturday, in what promises to be another epic encounter between the two sides who have dominated the competition in recent years.

Windhoek Draught Griquas replacement utility back Fiela Boshoff kicked a brilliant last-gasp penalty goal to steer his side to a thrilling 45-44 Carling Currie Cup win over the Airlink Pumas on at the Mbombela Stadium in Nelspruit on Friday evening.

South Africa’s AJ Jacobs and Morne Ferreira have been included in a strong panel of match officials for the Rugby World Cup Sevens tournament that will take place in Cape Town from 9 to 11 September 2022.

Unimaginable, unthinkable, and almost impossible. But that is what the Vodacom Bulls achieved in Dublin on Friday night, when they upset heavy favourites Leinster with a massively physical performance to book their place in the Vodacom United Rugby Championship final courtesy of a 27-26 victory (half-time 17-14).