Border Ladies will defend their Women's Premier Division crown against log leaders DHL Western Province on Saturday, in what promises to be another epic encounter between the two sides who have dominated the competition in recent years.

The match will be played at Hamilton Rugby Club in Cape Town with kick-off scheduled for 11h30, and will be streamed live on www.springboks.rugby.

The 2022 final between these two powerhouse teams on the provincial women’s rugby scene will be the fifth consecutive final between them, with Border Ladies victorious in 2021, after DHL WP won the preceding three years.

Last season’s victory handed Border coach Nwabisa Ngxatu her first Women’s Premier Division title in her first season of trying, and she again had the better of DHL WP coach, Laurian Johannes-Haupt last month in league play, where the visitors from the Eastern Cape edged the home side 19-11 in Brackenfell.

In fact, the Ladies have scored their last two wins over DHL WP in Cape Town, so another 1000km trip to the west on the N2 will not deter Ngxatu and her troops.

The two coaches – both former prop forwards for the Springbok Women in their playing days and currently part of SA Rugby and Betway’s Next Phase coaching initiative – suffered only one defeat during the normal season. DHL WP lost to Border on 21 May, while the Eastern Cape side started their campaign with a 12-0 defeat to the Blue Bulls Women in Pretoria in the opening match of the tournament.

DHL WP were more of an attacking threat this year, scoring 40 tries and only conceding 11, while Border dotted down 29 times and conceded only seven tries, although the 16 tries scored by the Capetonians against the EP Queens last weekend skewed that statistic slightly, and things could again be very tight this weekend.

Their current surge in form could hand the home side the upper hand, if the opinion of the coaches of the other five teams in the competition are anything to go by. 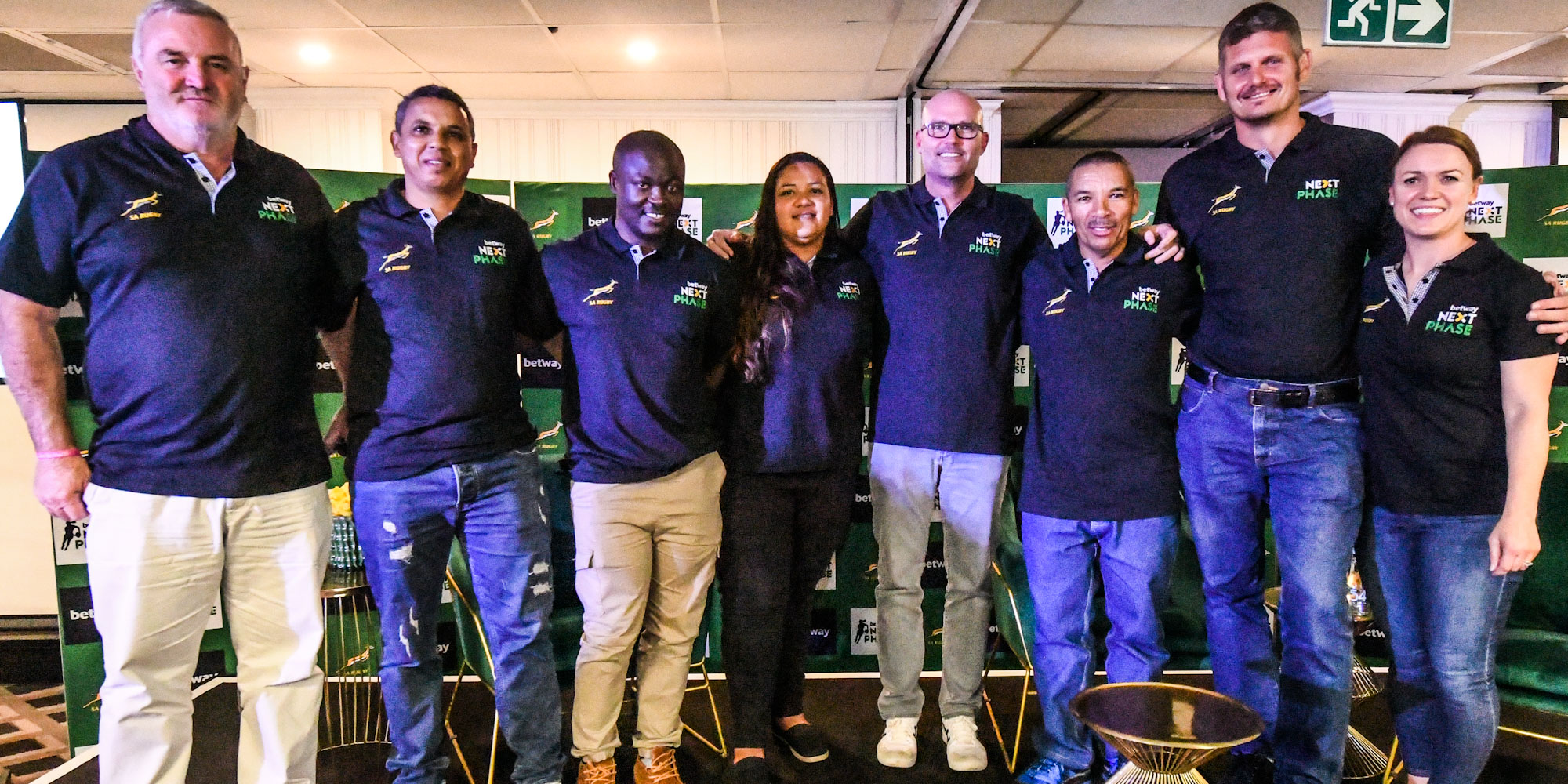 A bunch of coaches at the launch of SA Rugby and Betway’s Next Phase coaching initiative.

Mastercard Golden Lions Women's coach Timmy Goodwin predicted an “epic final between the two top teams in the country”, especially as both teams have their national players at their disposal.

“It is a tough one to call,” said Goowin. “It will come down to who can handle the pressure the best and turn their opportunities into points.”

Cell C Sharks coach Robert Everson agreed: “I think both teams have a realistic chance of edging each other. In saying that, I do feel WP will walk away with the victory as they have been steadily improving during the campaign and it looks like they will peak just at the right time.”

EP Queens coach Lex de Vos is also leaning towards the home side: “My prediction is for WP to win. From all the teams we have played, they were the more rounded team. They are well-coached, and their players understand their roles brilliantly.”

Flash Malinga, Blue Bulls Women’s coach, also think the Capetonians will win, with a five-point margin: “I think WP will win the final. Both teams have a strong running game but only WP have a kicking game, which will be the difference in the final.”

Boland Dames coach Thomas Chowles feels the return of Springbok centre Zintle Mpupha to the DH WP midfield will be the difference from the last result between the sides.

“I believe WP will win it this time, as they have been growing stronger as a team and Mpupha in the midfield makes a difference. WP have a fully balanced team with great attacking backs," he said.

"Border to me have been to up and down this season and their star players are not performing, while Western Province’s are,” said Chowles. “But one cannot underestimate Border. If they play like the Border, I know things might go their way, but I see their pack as a weak spot. It will be close, but my money is on WP by five points.”

DHL Stormers No 8 Evan Roos has been named the Next-Gen Star of the inaugural Vodacom United Rugby Championship season, awarded to players aged under 23 at the start of the season and who have earned no more than five international caps at that point.