Needing a win to keep their playoff aspirations alive, the Cell C Sharks pushed the envelope from the kick-off but weren’t clinical enough to put points on the board. The more minutes ticked away, the tenser they became and the more mistakes they made.

Two of those errors led to tries for Champion of the Match Sergeal Petersen and Thomas Bursey, with Cornel Smit adding a conversion and a penalty goal as the hosts took a 15-0 lead into the break against a much-vaunted Durban outfit loaded with Vodacom United Rugby Championship stars.

With their season hanging by a thread, coach Ettienne Fynn made a raft of changes at the start of the second half, which brought a change in momentum, with the visitors scoring three converted tries to trail 22-21 with 17 minutes remaining.

However, DHL Western Province closed the game out well, pinning the visitors in their half, with Smit adding two penalty goals to end their challenging season with a win, and seal the Cell C Sharks’ fate.

Handling errors and a lack of patience on attack led to early frustrations for the Cell C Sharks and provided opportunities for DHL Western Province.

The hosts almost went coast to coast with Petersen sparking a counter-attack from inside his in-goal area, but Cameron Wright saved the day with a monster tackle on opposite number Bursey in the visitors’ 22.

Another opportunity went begging for DHL Western Province when Leyds, playing at flyhalf instead of in his usual No 15 jersey, was unable to hang onto the final pass. However, they’d finally open the scoring in the 24th minute through a penalty goal by outside centre Smit.

Then came the double strike. An unforced error by Anthony Volmink - the fullback punting the ball out on the full - gave DHL Western Province prime field position, from where Leyds stabbed a grubber through for Petersen to snap up for the first try. 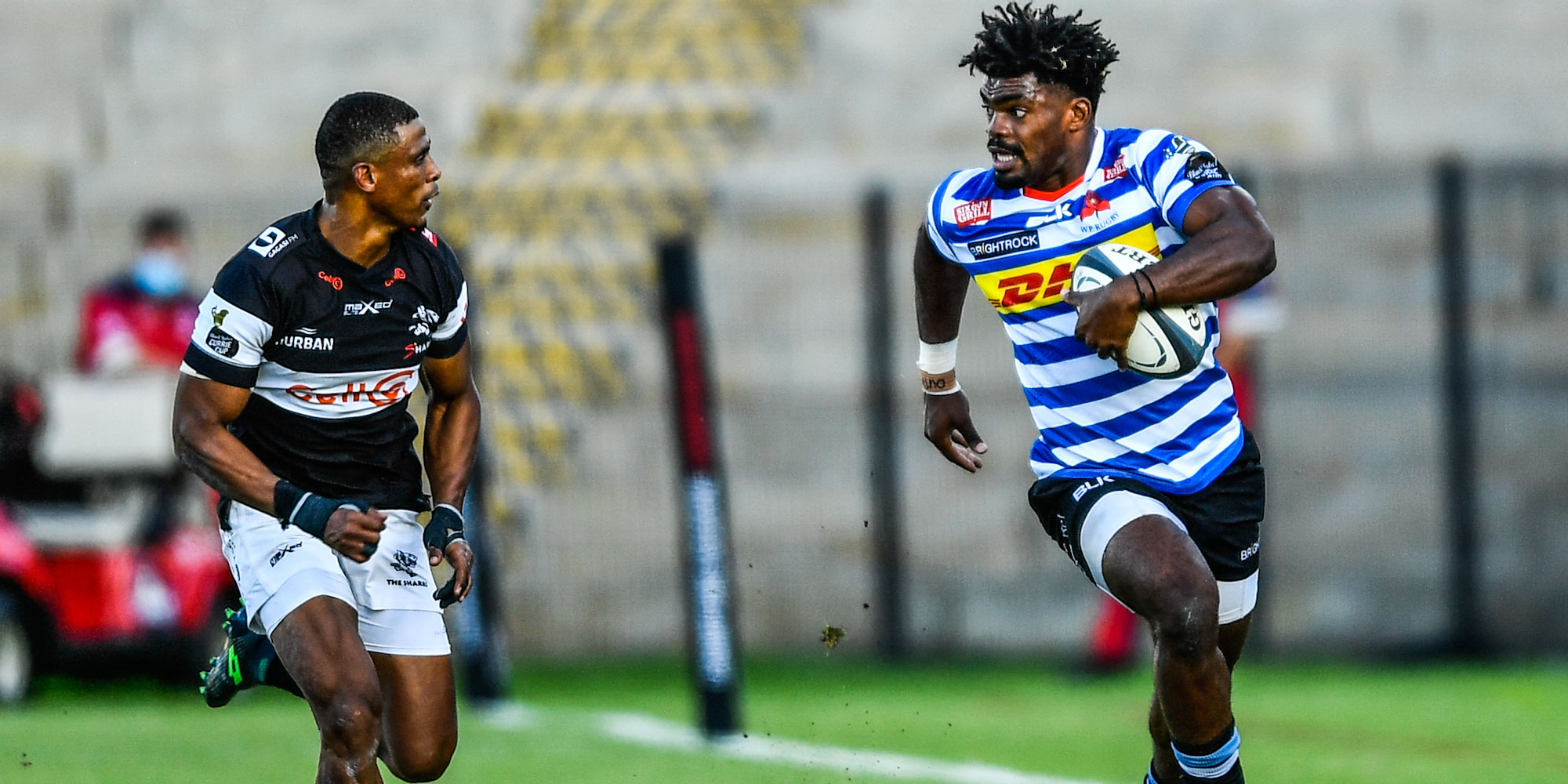 Cell C Sharks captain Jeremy Ward then lost the ball in contact and the Capetonians capitalised from inside their 22, brilliant hands leading to an electrifying try for Bursey, which Els converted to put them up by 15 at halftime.

Ringing the changes did the trick for the visitors, the fresh energy providing much-needed momentum that resulted in Sikhumbuzo Notshe willing his way over from a pick and go six minutes in the second half. Boeta Chamberlain, pivotal among the sweeping changes, added the conversion.

A shift in momentum was confirmed when the men in Black and White were let off the hook in the form of a forward pass by Marcel Theunissen to an unmarked Angelo Davids and they went on to score their second seven-pointer moments later through big Le Roux Roets to make it a one-point game.

A piece of magic against the run of play by Pietersen created a converted try for Bobby Alexander that stretched DHL Western Province’s lead back to eight going into the final quarter.

The Cell C Sharks countered as an injection of pace and accuracy from the base by Bradley Davids saw the replacement scrumhalf put Marnus Potgieter over in the right-hand corner, with Chamberlain slotting the difficult conversion to make it 22-21.

There were more clutch contributions from the Cell C Sharks replacements, Davids making a try-saving tackle on Alexander and Reniel Hugo poaching a lineout on his five-metre line to keep them in the hunt, but they were ultimately starved of the ball.

DHL Stormers No 8 Evan Roos has been named the Next-Gen Star of the inaugural Vodacom United Rugby Championship season, awarded to players aged under 23 at the start of the season and who have earned no more than five international caps at that point.