The two test matches against France and Wales, as well as a full contact training session against England had a very positive effect on the mental and physical state of the Springbok Women squad as they realised that they could match their highly-rated opponents in that regard.

That is the opinion of No 8 Sizophila Solontsi, who will start in her third match in as many weeks for the Springbok Women, after playing the full 80 minutes in both international encounters in Vannes and Cardiff in the opening weeks.

The nuggety player also proved a handful in the session against England earlier in the week and is looking forward to the friendly against the England Under-20s, to be played at Hazelwood Sports Club in London on Sunday.

Solontzi, who also represented the Springbok Women's Sevens team, has impressed with her physical play during the trip and feels the squad benefitted immensely from the tour already, with Sunday's match pending before they close out the trip at Twickenham next weekend, taking on the Barbarians.

“We bonded nicely during the tour and the time spent together had a productive outcome,” said Solontzi.

“The players are starting to understand each other better, both on and off the field, and we are getting on the same page now with regards to our objectives for next year’s Rugby World Cup in New Zealand.”

The physical element to her play is something the Cell C Sharks player enjoys.

“It was good to be matched up against those big packs of France, Wales and England and realise that we can play with them, that has done our confidence the world of good,” she smiled.

There is no chance that the Springbok Women will underestimate the England Under-20 side though and do not look at them as junior players, but rather international players. 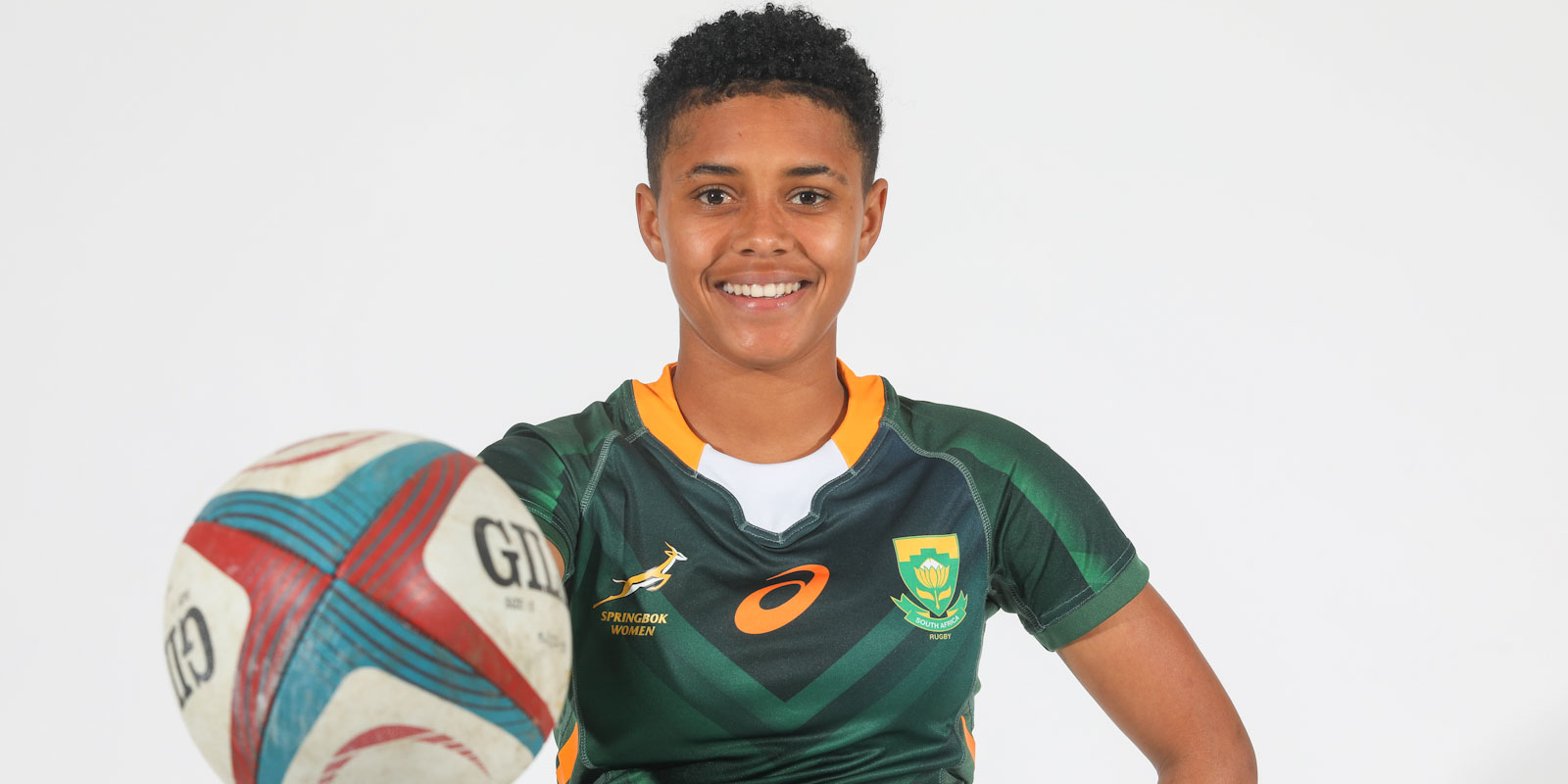 According to Donelle Snyders (fullback), they respect the fact that England are sitting pretty at the top of the world rankings and believe their junior side will be equally adapted.

“It is still England, despite their age, and we respect them. The focus for us will be on our own play and how we execute, and we don't worry too much about the opponents," said Snyders.

Snyders, who was the leading try-score in the Women's Premier Division this year, says she loves playing on the wing, but doesn't mind being seen as a versatile player.

“I love scoring tries – I have pace and I know how to use it, so that is my favourite position,” said Snyders, who came off the bench against Kenya twice to earn her two Test caps.

“The great thing for me on this tour was how we developed as players. I learned a lot from Eloise Webb at fullback and her guidance has given me a lot of confidence to emulate what she did at fullback against France and Wales.

“We are putting together something special here and tomorrow will be another step in the right direction, I hope.

“I didn’t mind not playing in the opening two matches. Coach Stanley (Raubenheimer) has a plan with every player, and he said he would hand us an opportunity if we worked hard. I am very excited to be playing for my country tomorrow.”

The match will be live streamed on www.springboks.rugby.

Despite losing by 24-10 to Scotland in their final match of the HSBC France Sevens tournament in Toulouse on Sunday, the...

The Border Ladies continued their dominance over arch-rivals DHL Western Province with a nail-biting 19-11 win in their ...

The Springbok Women's Sevens team left their best effort for last on day two of the HSBC France Sevens by beating Spain ...

Catch the action from the fifth round of the Women's Premier Division live here - all three matches are scheduled to tak...

The learning curve was a steep one indeed, but the Springbok Women's Sevens squad will benefit hugely from the opening d...

Springbok Sevens coach Neil Powell has made four changes to the Blitzbok squad that won the shortened 2021 HSBC World Rugby Sevens Series in Canada in September for the two tournaments in Dubai, where the new season is set to kick off next weekend.

All roads seemingly lead to London this weekend and on Saturday, much of the rugby world’s attention will be focussed on Twickenham. However, for four South Africans, also in the England capital, a different quest to that of their male counterparts will start in earnest on Sunday when the Springbok Women play England Under-20 in a friendly match at Hazelwood Sports Club.

Springbok captain Siya Kolisi says his charges are ready to give everything against England at Twickenham on Saturday as South Africa their first full house of wins on the Castle Lager Outgoing Tour since 2013.

Catha Jacobs will lead the Springbok Women’s side in their friendly against England Under-20 on Sunday after Stanley Raubenheimer decided to hand 12 players their first start of the November tour for the match in London.

The experienced Courtney Lawes (flanker) will captain England for a second time when they host the Springboks at Twickenham on Saturday, with Tom Curry (No 8) and Henry Slade (outside centre) named vice-captains for the clash which kicks off at 17h15 (SA time).

De Allende: “Springboks are on the right track”

Springbok centre Damian de Allende believes South Africa are on the right track in terms of where they would like to be despite a mixed bag of results this season after wrapping up their 2021 Castle Lager Rugby Outgoing tour campaign against England on Saturday.

Bok Women impress in victory over England U20

The Springbok Women delivered a sparkling performance to beat England's Under-20 by 38-5 in an open and free-flowing friendly in London on Sunday afternoon, with Libbie Janse van Rensburg and Ayanda Malinga crossing for two tries each.

The Springbok Women needed some momentum and a much needed confidence booster after three weeks of their November tour, and a six try victory over England's Under-20 team in London on Sunday certainly delivered some of that.

Springbok Sevens coach Neil Powell has made four changes to the Blitzbok squad that won the shortened 2021 HSBC World Rugby Sevens Series in Canada in September for the two tournaments in Dubai, where the new season is set to kick off next weekend.

De Allende: “Springboks are on the right track”

Springbok centre Damian de Allende believes South Africa are on the right track in terms of where they would like to be despite a mixed bag of results this season after wrapping up their 2021 Castle Lager Rugby Outgoing tour campaign against England on Saturday.