The first half was a tense affair, as both teams tried hard to make their presence felt on attack, with the scores tied at 10-10 at the break, although the DHL Stormers will rue missed opportunities after missing out on three chances close to the tryline in the opening stanza.

The Cape side’s fullback Warrick Gelant scored a try as early as the second minute to add to a later penalty goal by flyhalf Manie Libbok, while Edinburgh hooker Dave Cherry scored the visitors’ try and fullback Emiliano Boffelli kicked a conversion and penalty goal, which saw the teams level the scores.

The hosts made better use of their chances in the second half with Ruhan Nel (centre) and Evan Roos (No 8) scoring tries to add to two penalty goals and a conversion by Libbok, while the visitors were only able to add a converted try.

Gelant earned the first points of the match in the opening minutes after a great break by Hacjivah Dayimani (flank), which Edinburgh managed to win a turnover from before losing the ball, and Gelant gathered and touched down, with Libbok adding the extra two for a 7-0 lead.

Boffelli responded with a penalty goal in the seventh minute, and Libbok cancelled this out to extend their lead to 10-3.

Edinburgh hit back with a try in the 15th minute as Cherry crashed over from a strong rolling maul, and the successful conversion saw them level the scores. 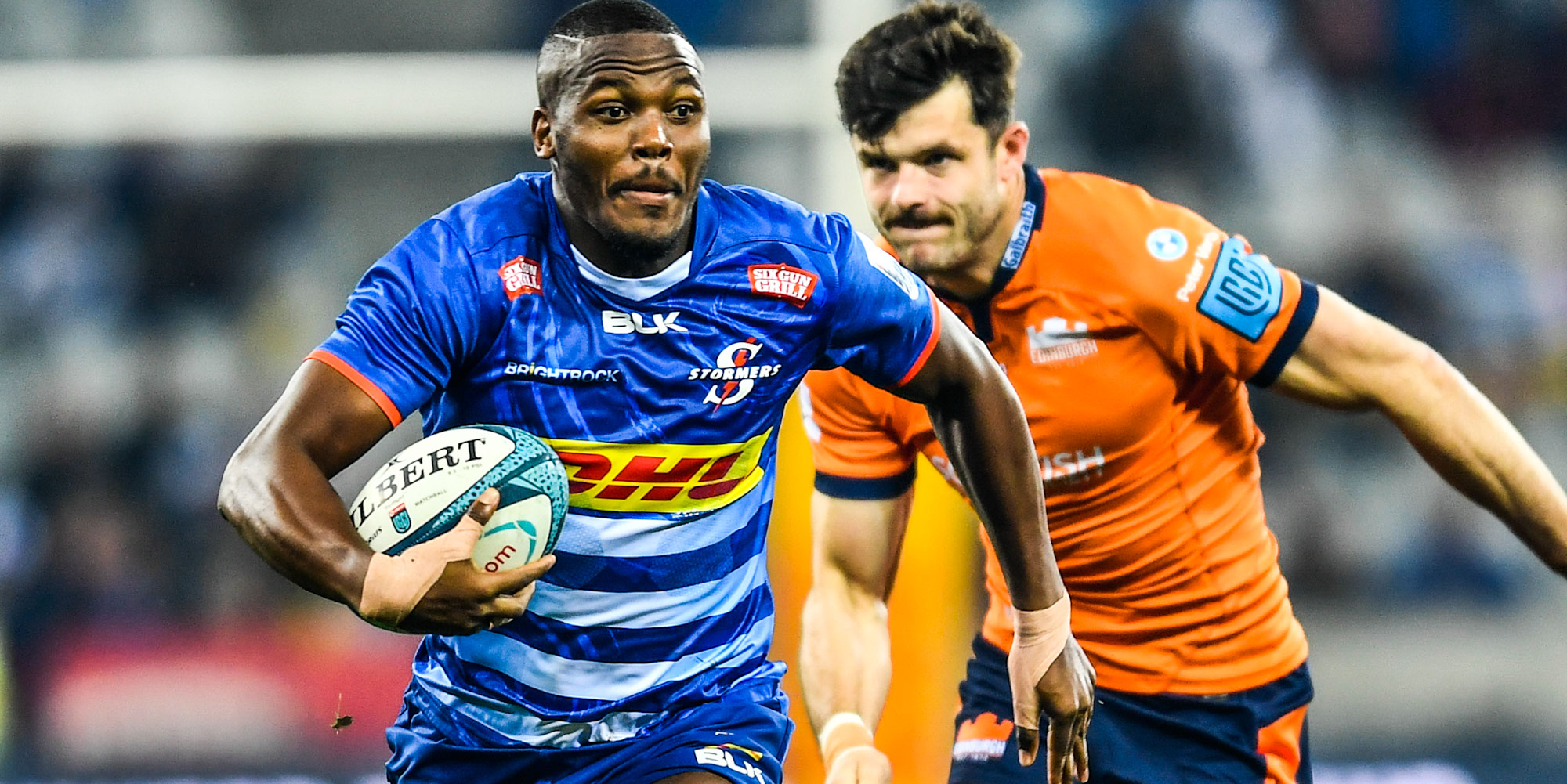 Both the DHL Stormers and Edinburgh continued to run hard and show enterprise on attack as the half progressed and they created a few chances on attack, but both teams show true commitment on defence.

The Stormers, in particular, had a handful of opportunities to score before the break but a combination of the solid defence and mistakes at crucial times cost them dearly.

Edinburgh were dealt a big blow six minutes before halftime as No 8 Magnus Bradbury received a yellow card for a high tackle, but neither team was able to add to their score before halftime.

The DHL Stormers, however, capitalised on their extra man on the field three minutes after play resumed with Nel scoring their second try after a stunning dash out wide and inside pass by wing Seabelo Senatla.

Libbok added his second penalty goal in the 51st minute, and Roos added his name to the score sheet two minutes later after gathering the ball from a knock-on by the visitors following a great tackle, which saw them take an encouraging 25-10 lead.

The visitors, however, struck back with intent with scrumhalf Henry Pyrgos gathering a well-timed pass to touch down under the posts, which kept them well in the match going into the final quarter.

Libbok inflated the hosts’ score to 28-17 in the 68th minute as he slotted his third penalty goal, and despite their best efforts in the dying stages of the match neither team was able to cross the chalk before the final whistle, which saw the DHL Stormers seal the 28-17 victory.