Ulster will host Munster in the only match on Friday, starting at 20h35 in Belfast, while a thrilling schedule awaits on Saturday with three back-to-back clashes playing out.

The Vodacom Bulls will host the Cell C Sharks in the opening game of the day in Pretoria at 13h45, with log-leaders Leinster taking on the Glasgow Warriors in Dublin at 16h15, and the DHL Stormers will wrap up the quarter-finals against Edinburgh in Cape Town at 19h00.

A victory for the DHL Stormers will guarantee them a home semi-final after finishing the league stages of the competition in second place on the log, but they will have their work cut out against the Scottish outfit who have only suffered two defeats fewer than them, while the hosts scored only 43 more points in their 18 matches so far in the competition.

The Capetonians have also only been marginally better on defence conceding only seven points fewer, meaning it could be a hard grind.

That said, the DHL Stormers will rely heavily on their home ground advantage and their eight-match winning streak to give them an edge, as well as their favourable home track record which shows only one defeat in the Mother City.

Edinburgh, meanwhile, have won only two of their last four encounters, while they have not registered back-to-back victories since January, which will fuel their motivation going into the clash.

The sides have met just once before in round three of the competition and the result was a 20-all draw.

DHL Stormers scrumhalf Herschel Jantjies and centre Rikus Pretorius will make their return against Edinburgh in the only changes from the team that started in their victorious outing against the Scarlets in Llanelli to clinch the South African Shield in the final game of the regular season.

“A lot of hard work has gone into securing this home quarter-final, so we are determined to rise to the occasion,” said DHL Stormers head coach John Dobson.

“It has been a good week of preparation, and everyone is excited about what should be a memorable day. We want to raise the intensity and make sure that we are at our best for the full 80 minutes, playing the kind of rugby that has got us into this position.” 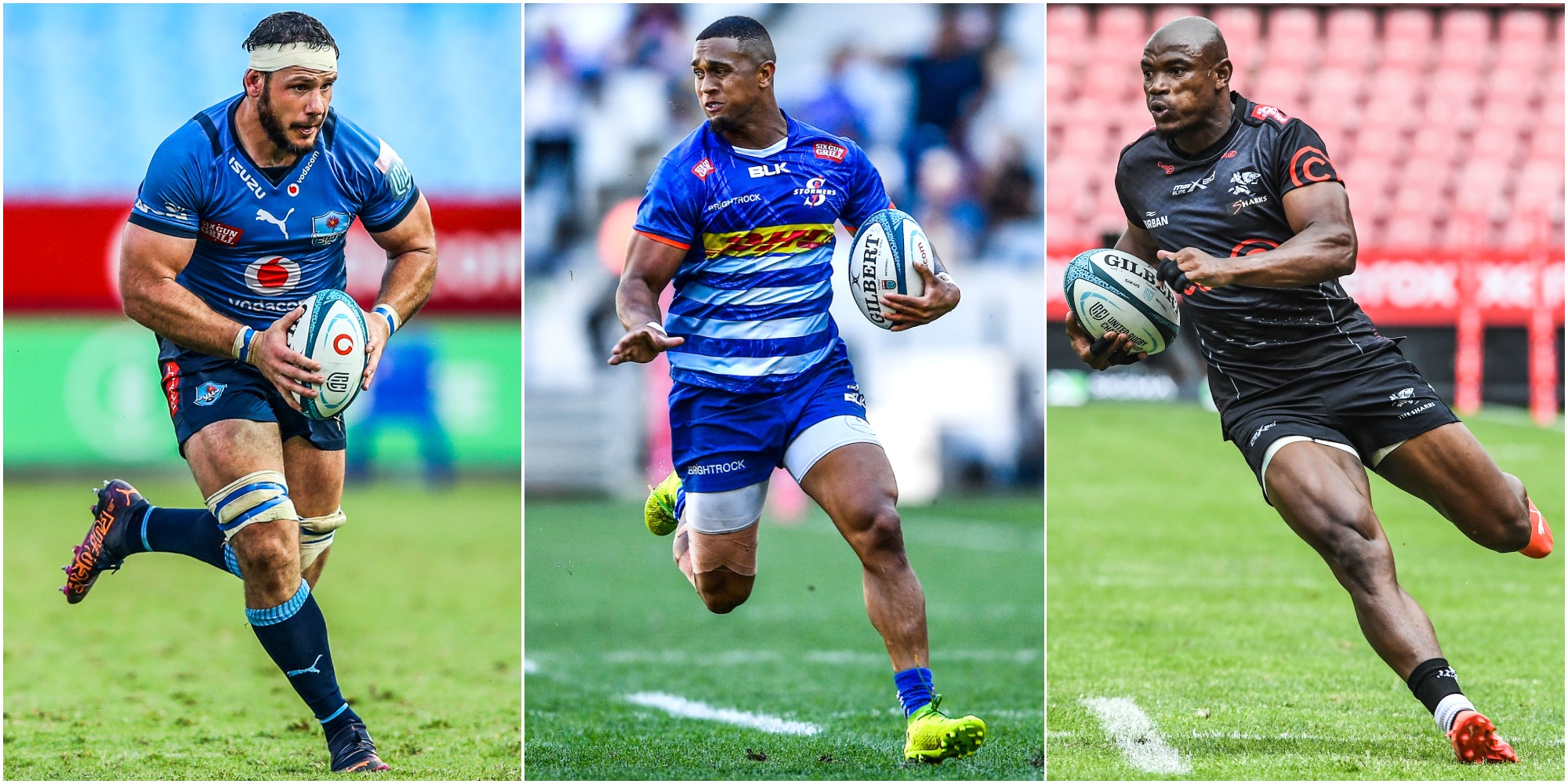 Marcell Coetzee, Leolin Zas and Makazole Mapimpi were their teams' top try scorers in the Vodacom URC this season.

The all-South African clash between the Vodacom Bulls and Cell C Sharks is also expected to a humdinger given how closely matched the teams have been in several areas of their game this season.

Both teams will enter the match with 11 wins from their 18 clashes this season, while the Pretoria outfit have scored only eight points more than the KwaZulu-Natalians, although they have conceded 23 more points.

The Cell C Sharks will enter the game on a five-match winning run and with the peace of mind knowing that they have lost only one match this season against a South African side (the DHL Stormers), while the Vodacom Bulls come off three consecutive wins.

The sides have met twice before in the Vodacom URC this season, with the Cell C Sharks taking the spoils in both outings, which should spice up the match.

In the only change to the Vodacom Bulls’ starting team from their win in Wales a fortnight ago, Arno Botha will start on the side of the scrum in place of the injured Cyle Brink.

“I am really proud of our players for what they have achieved in reaching this stage of the Vodacom URC,” said Vodacom Bulls Director of Rugby Jake White.

“They have put in the hard work and have shown great determination to overcome some obstacles in the early stages of the season to reach the playoffs.

“The Cell C Sharks have been an outstanding side throughout the campaign. They have shown their quality with all the Springboks in their squad, their depth with the great talent at their disposal and consistency which has seen them claim some good results.

“The fact that we have lost twice to them in the round robin stages shows the quality of their side. We are expecting a very tough battle. We have done what we can in our preparations for this weekend’s match. Now we will need to now implement and execute our plans well and play our best rugby if we want to overcome a quality outfit like the Cell C Sharks.

In the only change to the Cell C Sharks team, Le Roux Roets starts in Ruben van Heerden’s place in the second row with the remainder of the side retained for the game. Van Heerden moves to the replacements, where he is joined by Ben Tapuai, as the KwaZulu-Natalians chose to revert back to a 5/3 split on the bench.

“We are looking forward to the battle at Loftus Versfeld on Saturday,” said Cell C Sharks coach Sean Everitt.

“It is a privilege to be involved in a competition of this nature. We have stuck to our processes this week and trained really well, and as a group everyone is on the same page, and we are really looking forward to the challenge of playing against the Bulls on their home ground.”

Fans at Loftus Versfeld will be in for a special treat as the Vodacom United Rugby Championship trophy arrived in South Africa for the first time this week and will be displayed at the match.

Like the team that will lift the silverware on 18 June as the ultimate prize this season, this trophy is an engineered piece broken down into many individual parts which all come together to create something beautiful. 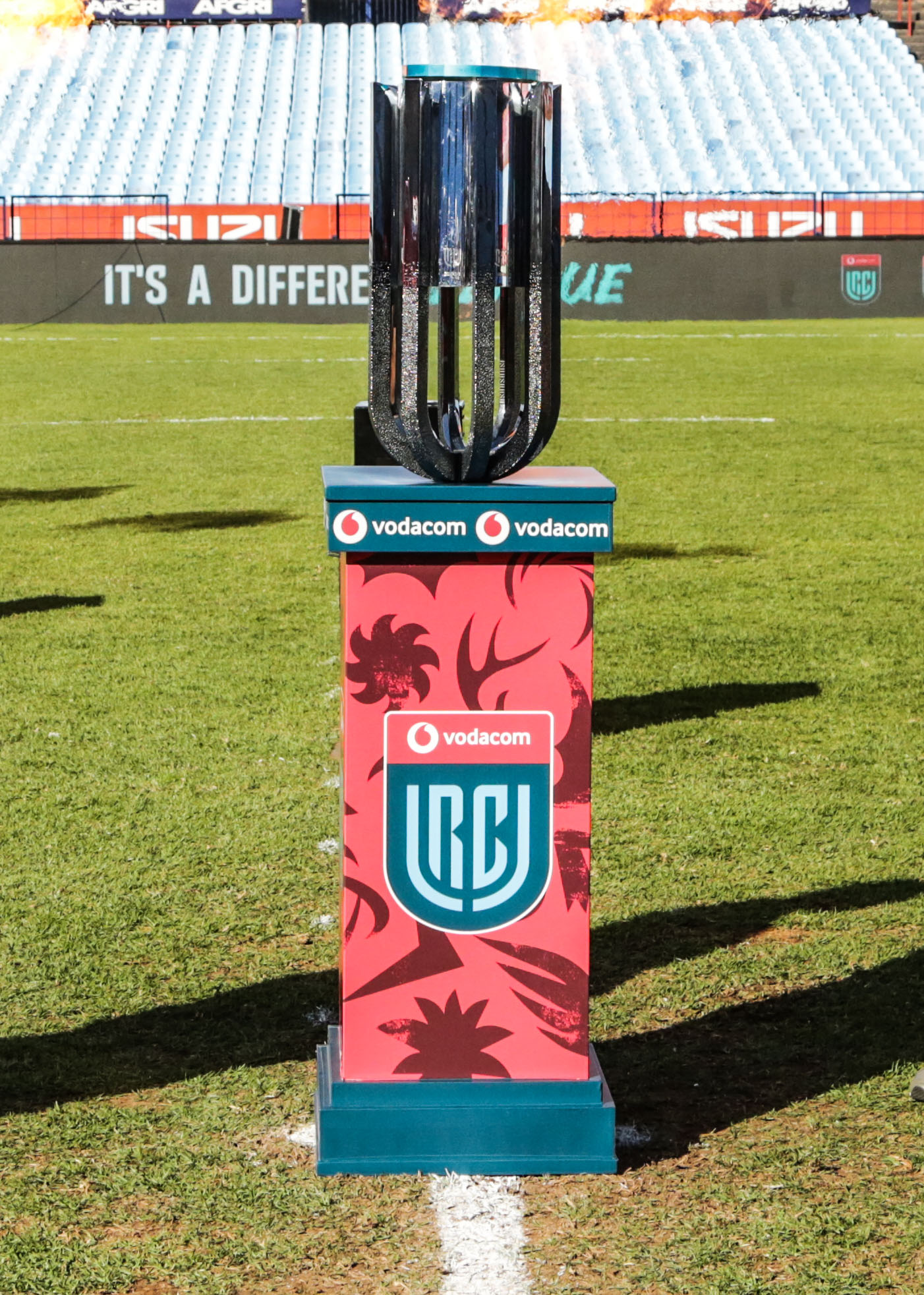 “We wanted something that was a perfect reflection of the tournament,” said Tom Lister, Chief Marketing Officer for the Vodacom United Rugby Championship.

“This is a tournament characterised by its diversity and geographies, of 16 different teams and playing styles and languages. This is an iconic trophy unlike anything else out there. There’s no existing template in sport for a trophy like this

“It feels fitting that it should be given its first runout in South Africa – a country we’re so proud to have in our competition and with the current performance of the South African teams and the excitement building.”