Smith’s magic not only broke the deadlock in a typically tough South African derby at Loftus Versfeld, but also ensured the Vodacom Bulls will travel to Ireland or Scotland next weekend for the semi-finals, when they take on the winner of the third quarter-final between Leinster and Glasgow Warriors.

It was a very tough match and although both sides were guilty of making unforced mistakes at times, mainly caused by massive pressure on defence, it was a great advertisement for South African rugby.

The Cell C Sharks’ pack were on the front foot for most of the match, with their scrum and maul setting the tone. It gave their backs a good attacking platform, with the visitors looking dangerous out wide, but the Vodacom Bulls’ defence held firm as they had to absorb a lot of pressure.

It was neck and neck for most of the match, until the 83rd minute, when Smith - who scored 15 points from a flawless kicking display - did the damage to book the Vodacom Bulls a spot in the top-four. 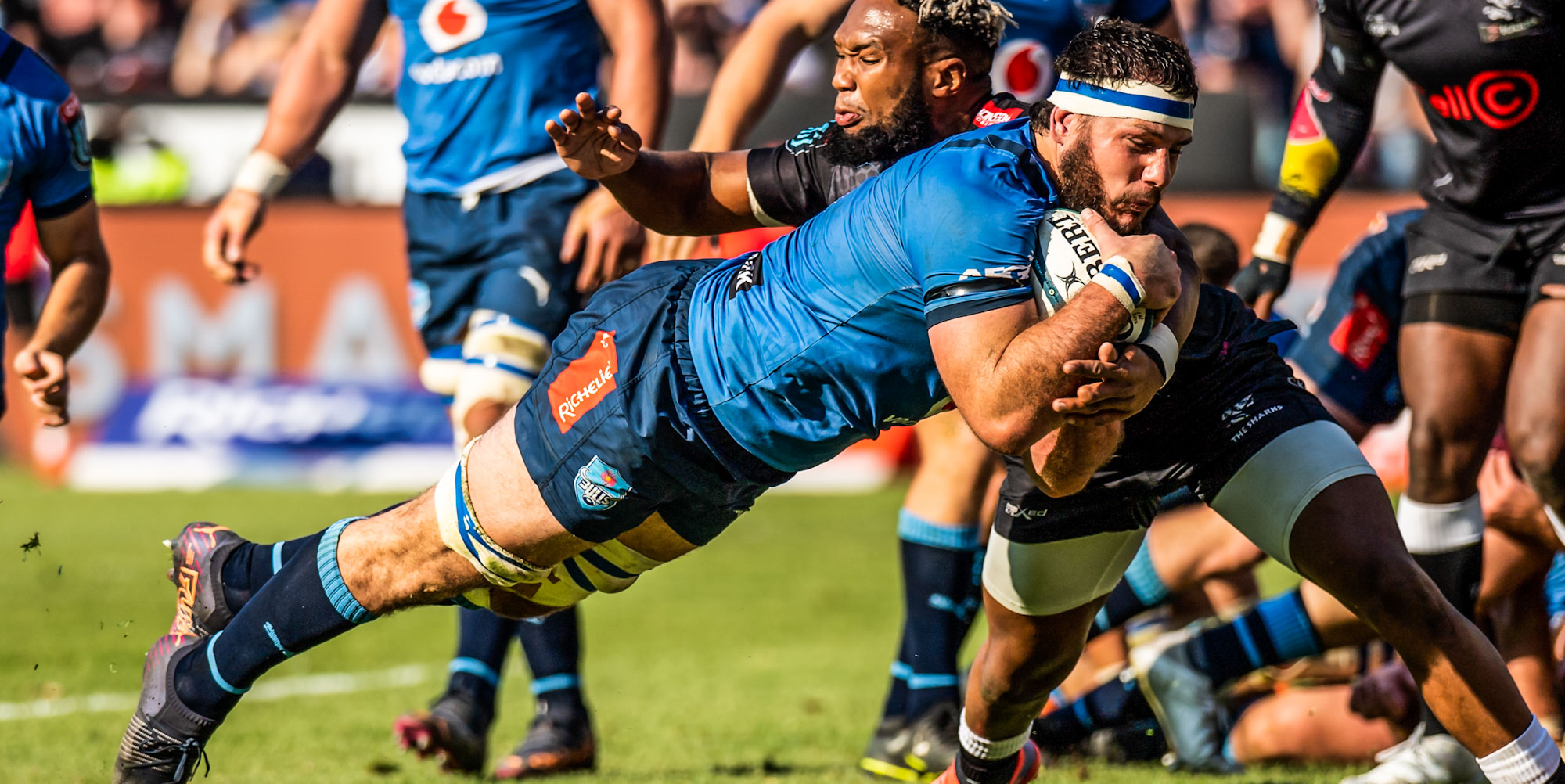 Marcell Coetzee goes over early in the second half for the Vodacom Bulls.

The match started at a massive pace, with the Cell C Sharks coming out firing and making most of the early play, but the Vodacom Bulls scored first when Canan Moodie (fullback) intercepted in the hosts’ 22, with Madosh Tambwe (wing) finishing 80m upfield under the uprights.

The KwaZulu-Natalians hit back three minutes later with a proper maul try from Springbok hooker Bongi Mbonambi, and after Smith added a penalty goal to his earlier conversion, the scores were tied at 10-10 after the first quarter.

The Vodacom Bulls grew in stature as the game progressed, but mistakes cost them valuable momentum. The same could be said for the Cell C Sharks, with pressure on defence by both sides also telling.

Cell C Sharks flyhalf Curwin Bosch, who got the scoreboard ticking in the fifth minute, added a conversion and another penalty goal, while Smith also kicked a second three-pointer to see the teams deadlocked at 13-13 at the break.

Two tries in the first 10 minutes after the break, by Marcell Coetzee (flanker) and Cornal Hendricks (centre) after dominance led to field position, put the hosts firmly in control at 27-13. 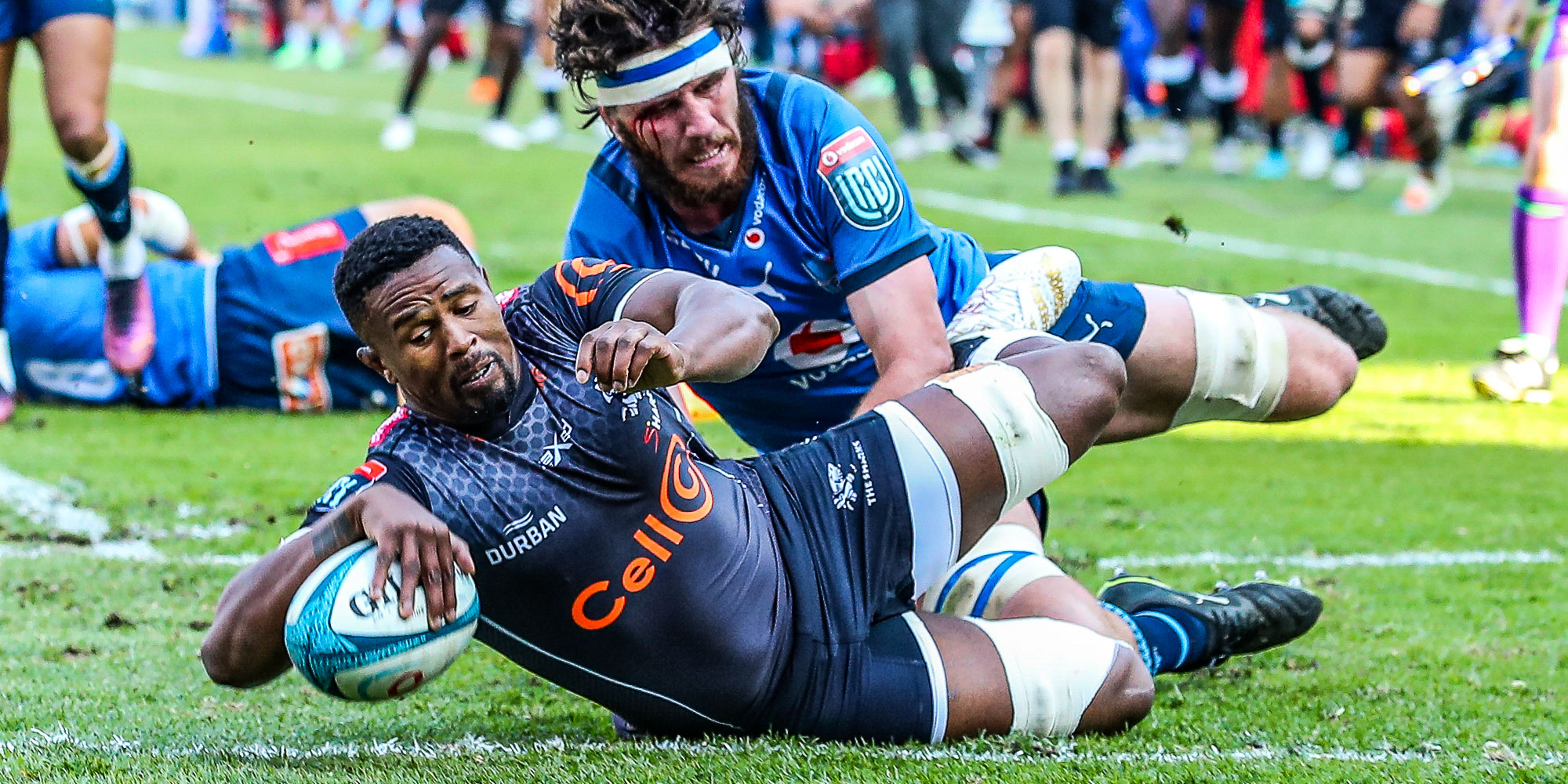 Sikhumbuzo Notshe's try tied the scores in the 75th minute of this pulsating Vodacom URC quarter-final.

However, the visitors finally got their hands on the ball deep in the Vodacom Bulls’ half, with a sniping try by Jaden Hendrikse (scrumhalf) after a superb run by Phepsi Buthelezi (No 8) making it a seven-point game with 20 minutes to go.

The Cell C Sharks started to play with more confidence and momentum, and it finally paid off five minutes from the end when Sikhumbuzo Notshe (replacement loose forward) finished in the corner, with Bosch’s conversion making it 27-27.

The Vodacom Bulls had their backs to the wall, but forced two penalties in their own half, and from the second, they slowly surged upfield to put Smith into position, and the pivot made no mistake to give the massive Loftus Versfeld crowd something to smile about.