And in the Carling Currie Cup First Division, the Down Touch Griffons did what was needed to finish top of the Promotion Barometer, thereby securing promotion to the Premier Division next season.

Former Junior Springbok wing Luther Obi scored the winning try at the end of a thrilling encounter to clinch a dramatic 43-41 win for Windhoek Draught Griquas over DHL WP in Stellenbosch on Friday evening, this after the hosts had led by 35-7 and 41-19 earlier in the game.

Despite enjoying home advantage in Bloemfontein, the Toyota Cheetahs suffered their second loss in a row when Jimmy Stonehouse’s Airlink Pumas edged them 29-28 in a thrilling encounter. The Free Staters – who before last weekend’s loss in Kimberley enjoyed an unbeaten run of nine wins on the trot – led 22-14 at the break but they couldn’t contain the Lowvelders’ determined onslaught in the second half.

In the last match of the weekend staged in Durban, the visiting Sigma Lions cut loose in the second half to wipe out a 14-22 halftime deficit for a well-deserved 38-32 bonus-point win, for only their second success of the campaign.

All teams have now played 11 games, except the for Sigma Lions, who have completed their full league commitments and will thus not be in action in the last round. The Vodacom Bulls, winners of the previous two titles, are leading the league table on 47 points, four points clear of the Toyota Cheetahs, who are sitting second on 43 points.

The two teams are followed by Windhoek Draught Griquas in third on 31 points, Airlink Pumas fourth on 27 points and the Cell C Sharks fifth with 26 points. DHL WP and Sigma Lions both have 15 points, however, the Gauteng side have already completed their fixtures.

In next weekend’s last round of fixtures, the Airlink Pumas host Windhoek Draught Griquas in Nelspruit – where the visitors will need only one log point to secure their spot in the semi-finals – while the Toyota Cheetahs are home to the Vodacom Bulls in Bloemfontein in what will be a straight shoot-out to determine who will top the log, and DHL WP clash with the Cell C Sharks in the last match of the round in Cape Town.

Windhoek Draught Griquas complete comeback for the ages in Stellenbosch

The hosts had rocketed into a 21-0 lead after just 12 minutes and looked on their way to a certain victory as they held a commanding 41-19 lead in the third quarter. The Peacock Blues, however, refused to go away and struck in waves to stay in the hunt.

Full of power, passion and panache, the never-say-die visitors rallied back from the brink of defeat by scoring four of their seven tries in the final quarter. Obi’s second touchdown in injury time tied the game at 41-all, leaving it up to Whitehead, who’d come on early in the match for the injured Zander du Plessis.

The experienced flyhalf rose to the occasion, splitting the uprights from near the left-hand touchline to complete a comeback for the ages that entrenched the men from the Northern Cape in third place ahead of the final round of the regular season next weekend.

Airlink Pumas down Toyota Cheetahs to stay in semi-final hunt

After stacking up an impressive unbeaten run of nine wins on the trot, the Airlink Pumas handed the Toyota Cheetahs their second straight defeat when the team from Mpumalanga won an exciting clash by 29-28 in Bloemfontein on Friday night.

The visitors led 14-7 at halftime after making the most of their first-half scoring chances, and if it wasn’t for a late missed attempt at a penalty goal by Toyota Cheetahs captain Ruan Pienaar, in his 50th game in the famous white jersey, the hosts could have snuck through.

Although the result will have little effect on the second-placed Free Staters, who collected two points to move to 43 on the log, the outcome was a hugely important one for the side from Mpumalanga, who moved into fourth place on the league table with 27 points, although it might only be temporarily. 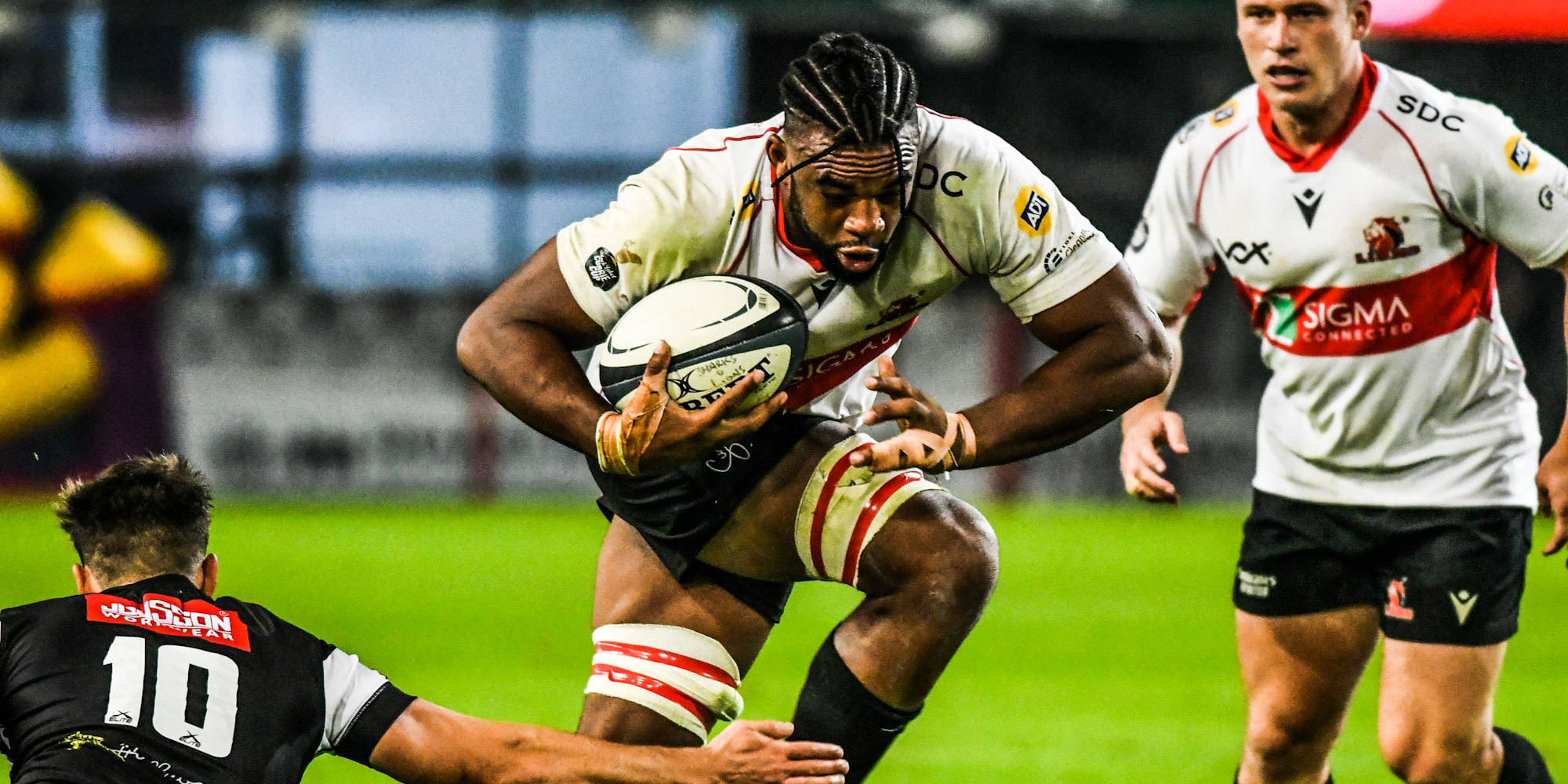 Sigma Lions claw their way to victory in the Shark Tank

The black and white jerseys, who had a bye in the previous round, had the advantage at the break having scored three tries, two conversions and a penalty goal while the Sigma Lions responded with two converted tries.

However, the Joburg outfit found their rhythm in the second half to score three tries – which included two penalty tries – to upset the more fancied hosts in front of their home fans. 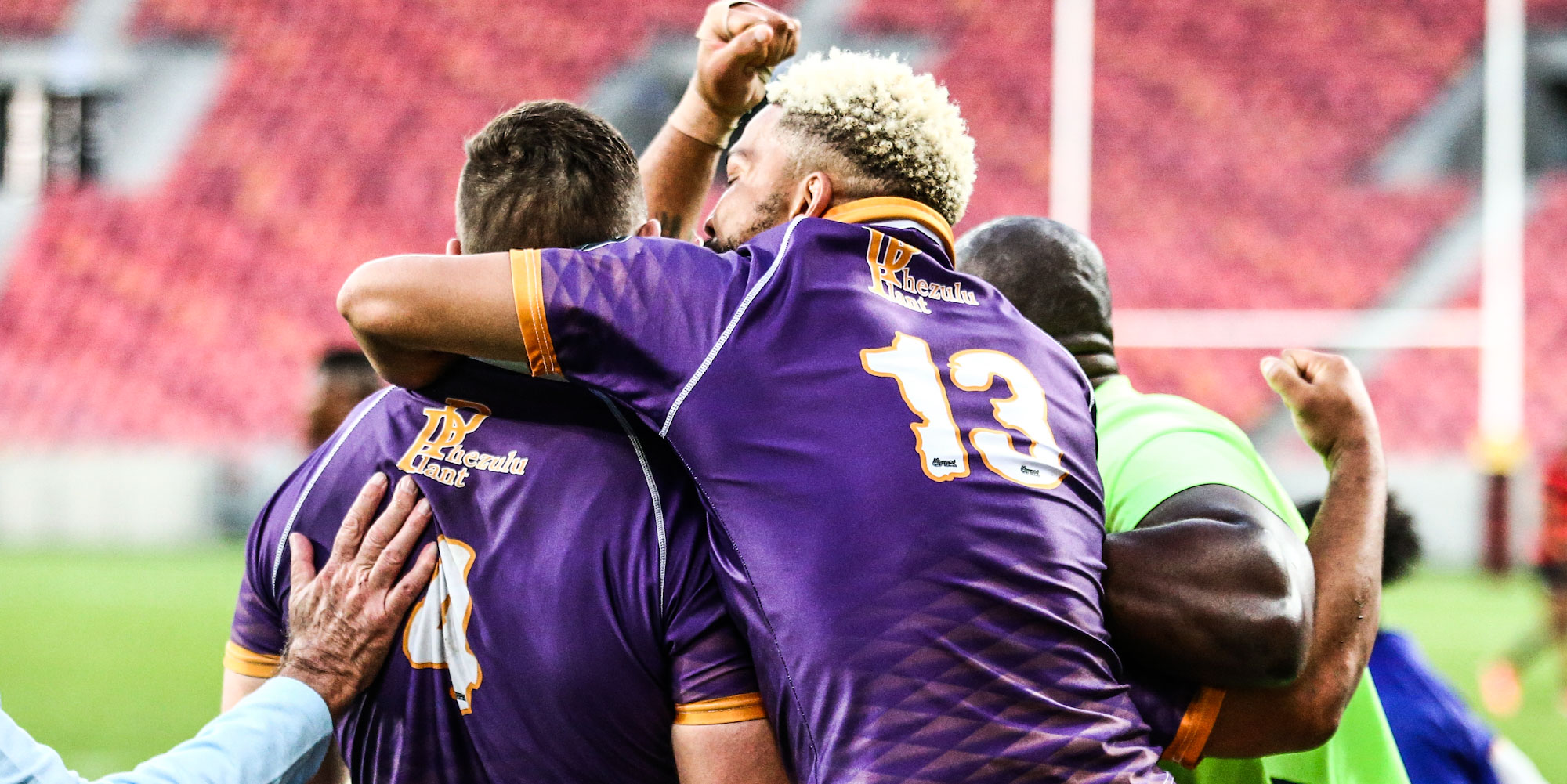 The Down Touch Griffons have dominated the league phase of the Carling Currie Cup First Division.

The Down Touch Griffons beat the Valke 33-25 in their match at the Bosman Stadium in Brakpan over the weekend to gain promotion to the Carling Currie Cup Premier Division.

With their nearest rival, Eastern Province, due to play against the Zimbabwe Goshawks later on Sunday, it means the Northern Free Staters cannot be overtaken on the Promotional Barometer, where only points from matches between South African sides are taken into consideration.

With their league commitments over, the purple jerseys from Welkom are still unbeaten and apart from winning promotion to the Carling Currie Cup Premier Division, they are also certain of a place in the First Division playoffs.

Meanwhile, in another Saturday afternoon game staged in George, the visiting Black Lion of Georgia outplayed the SWD Eagles 42-27.

In Nairobi, the Kenyan Simbas were too strong for the Leopards and gained a 46-35 triumph to register their second win of the competition.

Two matches will be contested on Sunday afternoon – EP host the Goshawks at 15h00 at the Nelson Mandela Bay Stadium, while the Border Bulldogs entertain Boland Kavaliers at Police Park in East London.

The Down Touch Griffons top the overall Carling Currie Cup First Division league table with 44 points from their nine wins, and they are followed by EP in second place, on 26 points.

The Vodacom Bulls have jetted out to Dublin, where they will take on Leinster in their Vodacom United Rugby Championship semi-final at the RDS Arena on Friday night.