Vodacom URC has delivered for SA on several fronts

When the final whistle sounded on the DHL Stormers’ exciting win over Ulster, it ended a phase of the Vodacom United Rugby Championship that was vastly more competitive than semi-finals involving teams from different continents tended to be in South Africa’s Super Rugby era.

When the Vodacom Bulls beat Leinster in Dublin in the first semi-final on Friday, it was not only a rare defeat in a Vodacom URC playoff game for the Irish giants, it was also notable for being the first time the three-time Super Rugby champions had won as a franchise in an overseas playoff game.

All their title wins were in South Africa and it was acknowledged at the time that had they had to travel abroad for a final, it would have been a lot more difficult.

When the Cell C Sharks beat the DHL Stormers in a Cape Town semi-final 10 years ago, their coach John Plumtree was heard to wonder aloud what his side had really managed to secure.

The Durbanites had won a quarter-final in Brisbane the week before, and because of their win in Cape Town, they had booked a return flight to Australasia, this time to play the Chiefs in New Zealand.

The Cell C Sharks had no chance and their coaches knew it. And it wasn’t as if the South Africans were always the only ones to suffer from the travel in the knock-out phases: the Crusaders benefitted from it when the Highlanders had to return from SA for the 1999 final, and it worked against them when they had to fly back to play the Reds after winning a Cape Town semi-final in 2011.

Cape Town was the only venue where a New Zealand team ever won a playoff game on South African soil. And the only win on SA in a playoff game outside of a final by any Australasian team away from Cape Town was when the Brumbies won in Pretoria in 2013, when, ironically, they had current Vodacom Bulls Director of Rugby Jake White as a coach.

The only South African wins in Australasia were two wins by the Cell C Sharks in Brisbane, the first in the inaugural Super 12 season of 1996, and the second the aforementioned win in 2012. It was far tougher for the South African sides to win in Australia and New Zealand for the simple reason that the time difference, and the fact the South Africans were flying into time rather than away from it, made it so. 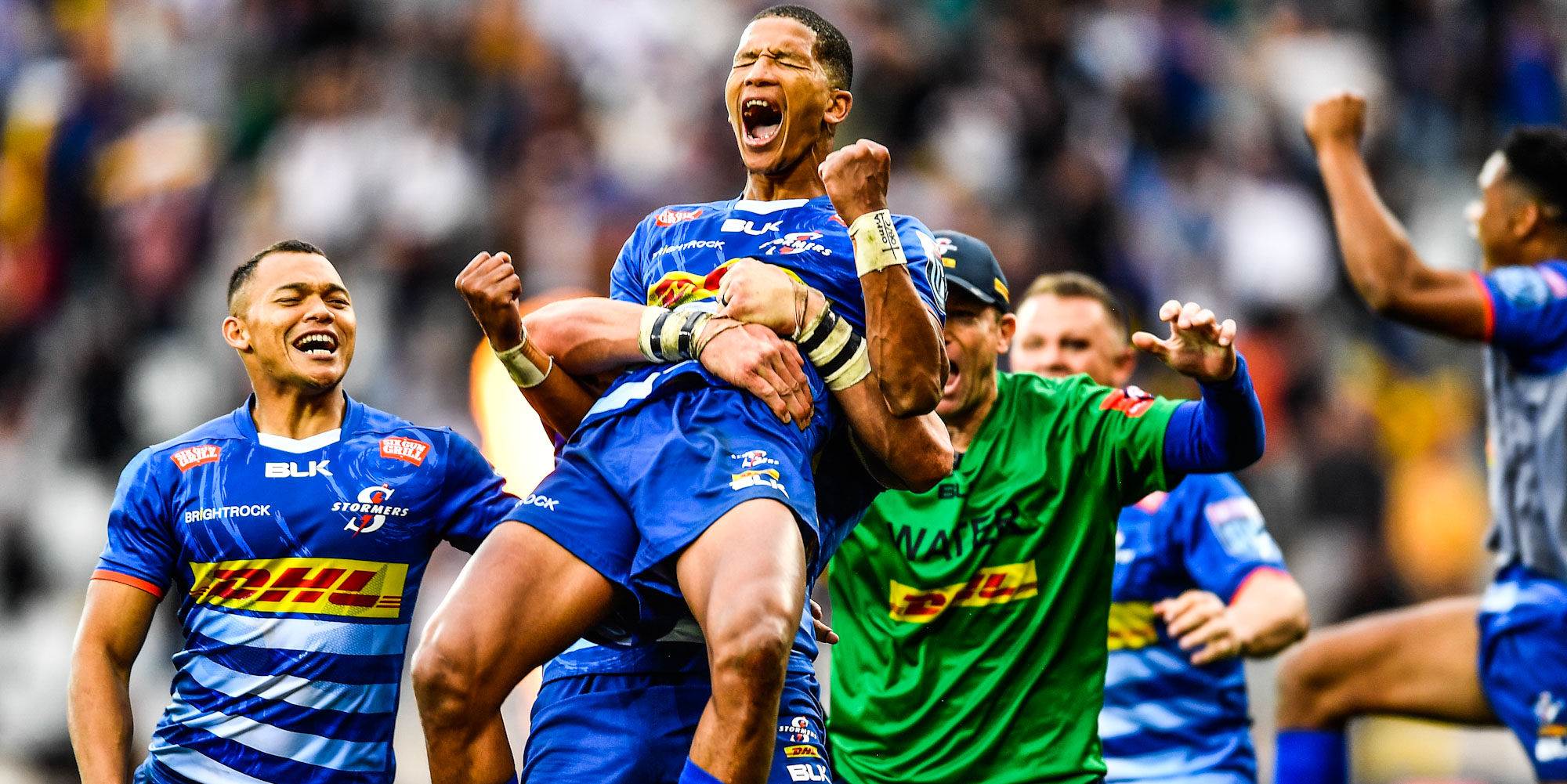 The DHL Stormers celebrate their first semi-final victory since 2010.

Anyone who has flown west to east, from South Africa to New Zealand, will tell you how debilitating it is and how long it takes the body to recover. Apart from anything else, flying away from time also meant the teams would arrive in New Zealand in the middle of the build-up week rather than at the start of it. It may have been why no local team ever came close in a playoff game in New Zealand.

There was some expectation from the television commentators that the travel would catch up with the Vodacom Bulls in Dublin, but if it did it wasn’t enough to have the impact it might have had they flown from South Africa to New Zealand. Not only is the time difference between Dublin and South Africa just an hour as opposed to nearly a day, it is also just an overnight flight.

While Ulster lost their semi-final to the DHL Stormers, it was also a far more competitive playoff than we got used to in the Super Rugby era. And Edinburgh didn’t look too impacted by any travel fatigue when they lost to the Capetonians in their quarter-final either.

The South African teams travel even more now than they did in Super Rugby, but the similarity of time zone and the easier flight access just makes it so much easier and it impacts positively on the quality of rugby.

There are other benefits, such as the one alluded to by DHL Stormers coach John Dobson after his team’s win: The type of rugby played by the top URC teams is far closer to what you get at test match level than Super Rugby was.

“We’ve enjoyed the tournament immensely and I think it is really good for our rugby and I think it has given us a march on Super Rugby teams. There were real contests all over the field, just like in international rugby, both in the Leinster game and here,” said Dobson.

Couple the way the Vodacom URC perhaps better prepares players for test rugby with the fairer contest and higher quality of rugby promoted by the less debilitating travel demands and it adds up to a resounding thumbs up for SA’s decision to go north for their international franchise rugby.

The DHL Stormers and Vodacom Bulls ensured that the opening season of the Vodacom United Rugby Championship would finish with a South African champion after they edged Irish teams Ulster and Leinster by small margins in their respective semi-finals over the weekend, setting up an all-SA final in Cape Town on Saturday.

The semi-finalists in the Carling Currie Cup Premier and First Divisions were confirmed this weekend following some nail-biting action, with eight teams booking their spots in next weekend’s four knock-out clashes.

Former Springbok captain Jean de Villiers shared some special words of inspiration and encouragement with the Junior Springbok squad at their capping ceremony in Stellenbosch on Tuesday afternoon, where parents, friends and family of the players and management staff, as well as members of the media, braved the Cape winter weather to wish the team well for the forthcoming U20 Summer Series in Italy.

The DHL Stormers and Vodacom Bulls ensured that the opening season of the Vodacom United Rugby Championship would finish with a South African champion after they edged Irish teams Ulster and Leinster by small margins in their respective semi-finals over the weekend, setting up an all-SA final in Cape Town on Saturday.